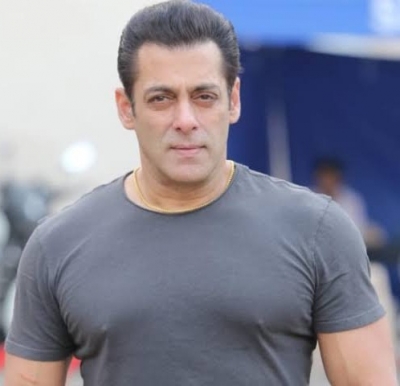 Mumbai– Bollywood superstar Salman Khan’s security has been stepped up following the murder of Punjabi singer and rapper Sidhu Moosewala.

As per a media report, the strengthening of security comes after gangster Lawrence Bishnoi, who is currently lodged in Tihar jail, has emerged as the key accused in Moosewala’s murder.

A senior police official told the media that the Mumbai police has enhanced the overall security of the star to ensure he’s safe from the activities of the Bishnoi’s gang that operates from Rajasthan.

For the uninitiated, Salman was earlier on Bishnoi’s radar after the infamous blackbuck poaching case during the shoot of ‘Hum Saath Saath Hain’. Bishnoi community considers black buck to be a sacred animal and Salman’s involvement in poaching had hurt the community’s sentiments.

Bishnoi had earlier in 2018 threatened to kill Salman.

Rahul alias Sunni, one of Bishnoi’s close associates arrested in 2020 for murder, said that they had hatched a plan to kill Salman and had even visited Mumbai to conduct a recce for the murder.

Sidhu Moosewala was murdered in Punjab’s Mansa district on Sunday as he was intercepted by assailants while he was driving an SUV.

Salman will be next seen in ‘Tiger 3’ along with Katrina Kaif. He has also been working on ‘Kabhi Eid Kabhi Diwali’.

Anurita Jha on her role in ‘Aashram 3’: Kavita speaks more with silence

New Delhi– Actress Anurita Jha, who is known for her works such as ‘Gangs of Wasseypur’ and comedy web series ‘PariWar’, opens up on playing Kavita in the third season of Prakash Jha’s web series ‘Aashram’. 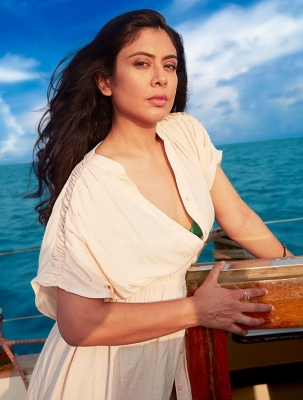 She says: “There are more layers to my character Kavita’s graph in the third season. There is hope for her, a possibility of love appearing and changing things. Right now, I can only tell this much. Kavita is more fearless and involved in the revolt against Baba, but not out in the open.”

She adds: “For someone like Kavita, who has only seen negativity around her, and for her to then find someone who gives her hope, whom she can trust had mixed emotions of fear and desire at the same time. I try to bring myself to feel what the character goes through in the most honest way and then flow with it.”

On the challenges she faced while playing Kavita, she shares: “Kavita is not a dialogue-heavy role. She speaks more with silences. She has no one whom she can share her plight with. To portray such a character, I had to work hard on creating a world where all that had happened in her life like being a widow and then being left by her family at the disposal of a Baba in an ashram and later the humiliation that she goes through over there. When she tries to run away she is forced to come back.”

The actress continues: “To portray all her emotions in every scene silently, I had to live it, live the world as per Kavita’s life. Else camera is very smart, it catches a fake expression. While I was shooting I felt so many women in our society have to face it and they have no other choice than accepting it as their fate that made me sad.”

Anurita is playing an important role in R. Madhavan’s much awaited film ‘Rocketry’ that recently went to Cannes. She also plays a significant role in Imtiaz Ali’s ‘Thai Massage’ and will be seen in Season 2 of web series ‘Asur’. She has also grabbed the lead role in an upcoming series called ‘AK-47’.

While talking about how her role in ‘Aashram’ is different from her other work, she asserts: “It’s quite different and difficult. It needed me to let go of my ego and vanity as in the first and second season, Kavita is constantly humiliated, tortured and made to feel alone and rejected by her own family. That’s a very dark space to experience and as an actor I had to take that path to reach it with all my honesty. Else it would have looked fake. These scenes have been exhausting.”

She concludes by summarising her journey in the entertainment industry: “My journey has been full of ups and downs but on the whole it’s a continuous work in progress. There is always so much to learn with every experience. I don’t think anyone gets rejected the way we actors do. Yet to stay focused and positive are the biggest challenges. To constantly make yourself visible and work on your craft is of utmost importance.”

“One has to constantly fight these negative external influences that are being thrown at you from random people. I have now learned to be myself and keep working. Peace of mind is my topmost priority now,” she concludes.

Mumbai– Bollywood actor Shahid Kapoor is a fan of the superhero television series ‘The Boys’.

As the third season of the Emmy nominated series awaits its premiere, Shahid paid homage to the series as he took to the streets of Mumbai to show his excitement for the series and unveiled a flaming stunt akin to Homelander, a famous character from the show during a promotional event for the show. 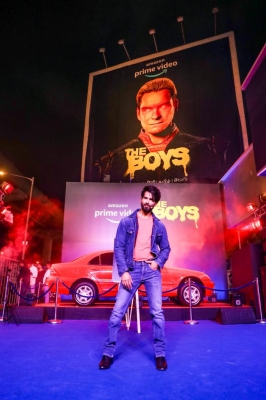 The actor made a grand entry to the jaw-dropping b-boying moves of Kings United dance group performing to a foot-tapping, high-energy song. The daredevil actor then unveiled a curtained hoarding through an adrenaline-inducing stunt. The billboard had the image of the lead Supe from The Seven – Homelander, which shot out a laser targeting a nearby car.

Speaking of the eye-grabbing super-hero like stunt, Shahid said, “I absolutely love wacky, dark humoured and action-packed entertainment. When I first heard about ‘The Boys’, I was immediately intrigued. I am thrilled to present this brilliantly bizarre show in my own capacity in partnership Amazon Prime Video.”

“This is my own little crazy ode to the genius makers. The trailer has me hooked and I can’t wait to binge all three seasons”, he added.

The series is based on the comic book of the same name by Garth Ennis and Darick Robertson. It has been developed by showrunner Eric Kripke, who also serves as writer and executive producer.

The new season of the anti-hero drama will return with three gripping new episodes on June 3 on Prime Video followed by one episode every week, ending with a season finale on July 8. The series will be available on the streaming platform in English, Hindi, Tamil and Telugu.

Mumbai– Akshay Kumar, who is currently awaiting the release of his upcoming film ‘Samrat Prithviraj’, recently paid respects at the historic Somnath Temple along with his co-star Manushi Chhillar and the film’s director Chandraprakash Dwivedi, as a mark of salute to Prithviraj Chauhan’s spirit, bravery and sacrifice to protect India’s freedom. 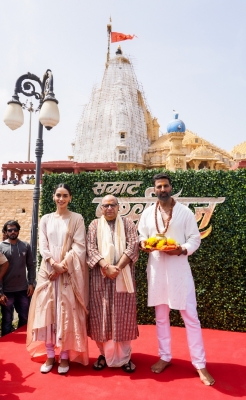 Carrying Samrat Prithviraj Chauhan’s flag, they honoured the brave warrior who happens to be the last Hindu ‘samrat’ of India.

Commenting on the occasion, Chandraprakash Dwivedi said, “It was a really touching moment to perform the puja at Somnath temple today. We kept Samrat Prithviraj’s flag during this puja and also offered all the necessary things that all Hindu Pujas have during this process.”

“It was incredible to witness the puja with our eyes and we also offered milk on the Somnath Jyotirlinga. We only took a very small amount of milk necessary for the offering and distributed it as ‘bhog’ to the underprivileged post our Puja. This is an experience of a lifetime for us”, he added.

‘Samrat Prithviraj’, which is based on the life of Prithviraj Chauhan, stars Akshay Kumar in the lead role as he plays the legendary warrior who fought valiantly to protect India from the merciless invader Muhammad of Ghor.

It also stars former Miss World Manushi Chhillar in the role of King Prithviraj’s beloved princess Sanyogita. The film, a YRF production, is set to release on June 3 in Hindi, Tamil and Telugu. (IANS)