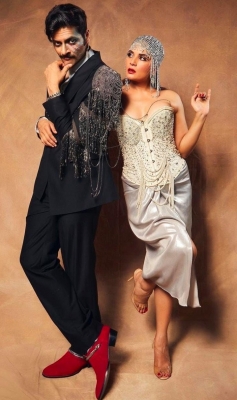 Mumbai– Actress Richa Chadha has confirmed that she and actor Ali Fazal are tying the knot in October.

Richa Chadha took to social media to confirm her October wedding with beau, Ali. She took to Twitter and shared an image that said: “New Life, Loading” with a tweet that reads: “Can’t wait for October”.

The couple are expected to have wedding celebrations and functions in Delhi and Mumbai, with a special party also planned in Delhi post the wedding in mid-October at Delhi Gymkhana Club.

The duo, who have been dating for a really long time, were originally meant to be wedded in April 2020, but owing to covid restrictions, the wedding was positioned twice.

The two reportedly met on the sets of ‘Fukrey’ in 2012 for the first time. The two will soon be seen sharing screen space once again in the third installment of the ‘Fukrey’ franchise.

Hyderabad– It is not just her looks but her determination that actor Sonal Chauhan is getting noticed for. The Bollywood actress who is part of highly the anticipated movie, ‘The Ghost’ starring Nagarjuna, while training for an action scene hurt her foot and was rushed to hospital.

The actress had fractured her foot during her MMA training and was told to avoid any training/action scenes for the next six weeks.

However, the dedicated actor in Sonal persisted despite the difficulties as she knew she didn’t have the luxury of time.

She resumed her training and completed her shoot for the action scenes and left everyone impressed on the set with her dedication and professionalism. Interestingly, Sonal also took training for weapons for this film since she plays an interpol officer.

Arjun Kapoor: Proud that my venture is going to be on a global platform for home chefs

Mumbai– Actor Arjun Kapoor, who has invested in a food delivery start-up with a cause, reveals that FoodCloud will now start its operations in the UAE. He says as an Indian he feels proud that his venture is going to be on a global platform for home chefs. 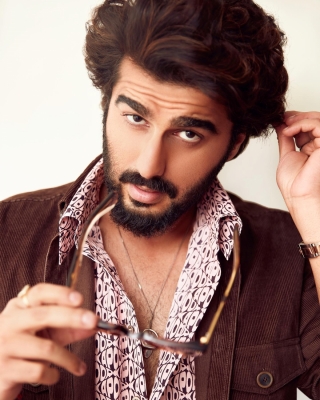 He said: “As an Indian I’m proud that my venture is going to be on a global platform for home chefs to get more exposure. We are thrilled to be expanding to the UAE and cater to Indians living there and satisfy their needs to eat home food that brings back memories of their roots.”

The actor added that FoodCloud, has been planning every step carefully while strategising on how their expansion plan should ideally look like.

“We figured that UAE is a potentially big market because it has a big population of Indians there. I’m proud that our brilliant home chefs are now going international.”

Arjun stated, “It was always a part of our plan to give more and more exposure to our homegrown talent and we are proud that we are being able to live up to that promise. We can’t wait to see the potential that FoodCloud has in UAE and we will carefully plan our next moves so that our home cooks can wow the world with their culinary innovativeness and brilliance.”

The venture was founded by Arjun and serial entrepreneurs Vedant Kanoi and Shamit Khemka.

Mumbai– Choreographer and actor Seerat Kapoor, who made her debut with Telugu film ‘Run Raja Run’ is all set to enter the show ‘Imlie’ to play ‘Cheeni’. 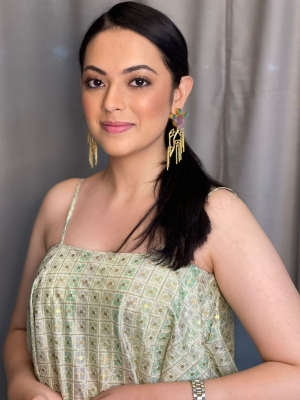 As the show is going to take a leap of 20-years many new faces are going to be part of the show.

On talking about her character, she said: “I am so excited to be a part of ‘Imlie’. It is one of the best shows on television, and we’ve got such a great team to work with. Cheeni as a character is very complex and undoubtedly confident. I’m always up for exploring more about her and try to bring her emotions out of me in a real and seamless manner.”

She added: “I’m sure the audience will give us their love and support and we will do our best too. Also, I’d like to thank Star Plus for bringing such joy to me in the form of Cheeni.”

‘Imlie’ airs on Star Plus. 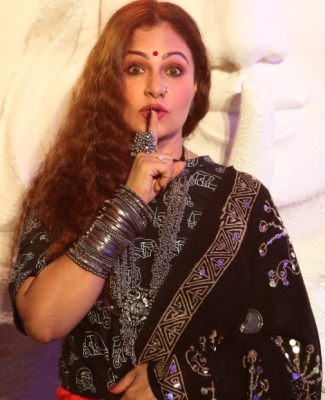 Surprisingly, even though the two actresses have been working in the film industry for the past three decades, they have never worked together. With ‘Hush Hush’, which will stream on Prime Video from September 22, they will be seen together on the screen.

Talking about it, Ayesha said: “Juhi and I go back a long way in the industry, but ‘Hush Hush’ let us come together and gel along like the good old days! Imagine romancing the same actors, but never sharing screen space before! On the sets, most of our conversations revolved around how exciting it is to finally collaborate on a project.”

Talking about her working with Juhi, Ayesha talked about the characters the two actresses play: “Ishi and Meera’s relationship is based on bonding, so our off-screen camaraderie translated onscreen. We had some really powerful scenes together and it was a very nice give and take. For you to perform well, you need a mutual power exchange, and it was quite some help from Juhi’s side. We should do more work together.”

It is part of Prime Video’s festive line-up for the Great Indian Festival 2022, which kicks off on September 23. The line-up also includes several other original series and blockbuster movies across multiple languages. (IANS)

Suryakumar has taken his game a notch higher every time I...