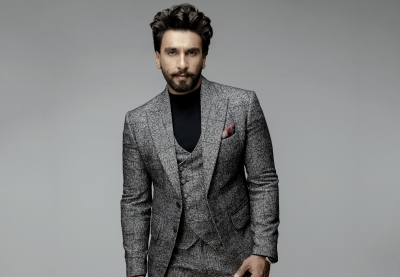 Mumbai– Actor Ranveer Singh on Monday celebrated the second anniversary of his action-packed film Simmba, and thanked its director Rohit Shetty for giving him an everlasting and cherished film.

“AAYA POLICE !!! Two years of my first foray into hardcore commercial cinema with the Undisputed KING of the Box-office, one & only BOSSMAN @itsrohitshetty. Ek hi toh hai!” Ranveer posted on Instagram.

“Thank you Boss for embracing me into your Team, teaching me the ropes, and giving me an everlasting and cherished film that I am most proud of ! #love #gratitude #2YearsOfSimmba,” he shared along with a video made of scenes from the 2018 film that saw him donning khaki for his cop role.

The film also starred Sara Ali Khan. The high point of Simmba was its crossover action drama. It had actor Ajay Devgn coming to the rescue of Simmba (Ranveer) in his Singham avatar, and also introduced actor Akshay Kumar as Sooryavanshi.

Now, Shetty has his own cop universe, with Sooryavanshi slated to release next year.

Ranveer collaborates with Rohit Shetty once again in the upcoming comedy, Cirkus. The film features the actor in a double role for the first time in his career, and also stars Jacqueline Fernandez and Pooja Hegde. Cirkus is an official adaptation of William Shakespeare’s play, The Comedy Of Errors, a classic leterary composition that has already been adapted in Bollywood as Angoor (1982) and Do Dooni Chaar (1968).

Sonu Sood: Never thought that one day a book will be written on me

New Delhi– Bollywood actor Sonu Sood never envisioned that there would be a book about him someday, adding that he misses his mother when such a thing is happening.

Sonu has written a book recounting his experience of helping migrant workers during the Covid lockdown. Titled “I Am No Messiah”, the book is written in first person, revealing the emotional challenges the actor faced while extending help.

“It has turned out to be very special because I never realised that one day, I will do something, on which a book will be written on me, where I can share my experiences, share all the moments where I connected with millions of people across the globe,” Sonu told IANS, on writing the book.

“Now, putting everything on paper… my mom, who was a professor, always used to tell me to write about my experiences, whenever you feel they are special because they will stay with you forever. With so many things happening, you tend to forget those experiences, but you can always go back to those pages and revisit those times,” he added.

The actor continued: “I wish she was around and she would have been a proud mother, if she would have read the book. Today, I miss her more. I thank my parents for teaching me,guiding me and praying for me, which is helping me.”

At present, Sonu is seen hosting “Bharat Ke Mahaveer”. The series brings stories that represent the spirit of solidarity in the country, and celebrates Indians who have shown extraordinary kindness during the coronavirus pandemic. The series airs on Discovery channel, and Discovery Plus app, and comes in partnership between the United Nations in India, NITI Aayog and Discovery channel.

Mumbai– Actress-turned-author Twinkle Khanna took to social media to share a joyous moment of dressing up in something she embroidered herself.

The actress posted an Instagram selfie in a white shirt that has her embroidery on it.

“The joy of dressing up in something you have embroidered yourself. My white shirt is transformed with our Mumbai ‘Tai’! #TwinningWithTai,” she wrote with the image.

Twinkle chose to create a bespectacled woman’s face in red and blue on the shirt.

Back in August, Twinkle had shared the image of the embroidery when the work was in progress. She had mentioned that she finds peace in what she describes as thread therapy.

Earlier, on July 26, she had shared a video of herself doing embroidery.

She wrote: “While growing up in my Grandmother’s house, we all learnt to paint, sew and knit. After twenty years I am trying my hand at embroidery again, struggling but trying. I can still hear my Nani’s voice echoing in my head, ‘Tina, don’t do untidy work’.”

Mumbai– Bollywood actress and former beauty queen Urvashi Rautela is all set to collaborate with Egyptian actor Mohammad Ramdan in an upcoming project.

“Urvashi is the Bollywood’s young superstar look at her beauty and popularity. She’s excellent and outstanding actor / artist. She is a shining example of beauty from India and I’m sure you’ll be seeing her in more Hollywood projects soon,” Mohammad Ramadan said.

“The only Bollywood film person I know after Shah Rukh Khan is Urvashi Rautela. She is very famous,” he claimed.

Ramadan shared that Urvashi and he have been discussing the project since February. “But the covid pandemic came as a speedbreaker on our journey. Working with her will be a delight and I surely enjoy shooting with her,” he added.

Urvashi has been working on her first bilingual movie, Mohan Bhardwaj’s “Black Rose”, based on Shakespeare’s “The Merchant Of Venice”. Urvashi plays pivotal role based on Shylock.

Aditi posted an Instagram picture that features her with the film’s director Brindha Gopal. In the image, the actress and the filmmakwer looks at a screen.

“There is a reason everyone loves Brinda master so much. Choreographer, director, daughter, sister, friend, wife, mother… and most importantly ALL heart with super human efficiency (she will not leave you till she gets her shot! Thank you for being you and thank you for choosing me. Love you Brinda master. It’s a Wrap! #HeySinamika #TeamGoals… @brinda_gopal @dqsalmaan @kajalaggarwalofficial @officialjiostudios @globalonestudios #BrindaMaster #GlobalOneStudios,” Aditi captioned the picture.

Mumbai– The shooting for the Sonam Kapoor Ahuja-starrer Blind has started in Glasgow, Scotland. The film will have a start to finish schedule.

The action-thriller is directed by Shome Makhija, and revolves around a blind police officer who is in search of a serial killer. The cast also features actors Vinay Pathak, Purab Kohli and Lilette Dubey. The film has Sujoy Ghosh, Avishek Ghosh and Manisha W, Pinkesh Nahar and Sachin Nahar as well as Hyunwoo Thomas Kim on board as producers.