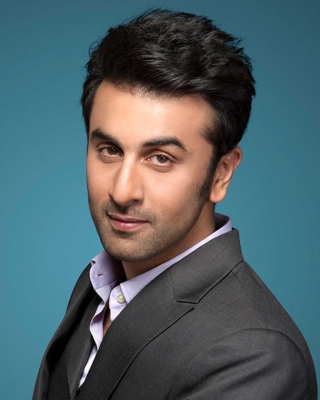 Mumbai– It’s been barely a few days after his much hyped wedding with ‘Dear Zindagi’ star Alia Bhatt, and Ranbir Kapoor is already back to work to fulfil his professional commitments.

The actor was recently spotted in the Andheri area of Mumbai where he was seen sporting a blue plaid shirt and beige pants.

Alia and Ranbir got married on April 14 after dating for almost five years. The love story, which started on the sets of the duo’s upcoming film ‘Brahmastra’ finally came to fruition as the two exchanged vows in an extremely private wedding ceremony in front of roughly 50 guests.

Incidentally, the first part of Ayan Mukerji’s ‘Brahmastra’ is all set to arrive in cinemas on September 9.

Post the wedding ceremony, Alia took to her Instagram to share the love and joy with her followers as she wrote in the caption, “Today, surrounded by our family and friends, at home in our favourite spot – the balcony we’ve spent the last 5 years of our relationship – we got married.”

“With so much already behind us, we can’t wait to build more memories together memories that are full of love, laughter, comfortable silences, movie nights, silly fights, wine delights and Chinese bites. Thank you for all the love and light during this very momentous time in our lives. It has made this moment all the more special. Love, Ranbir and Alia,” the caption further read.

Hyderabad– Pooja Hegde, who has been delivering one big bang release after another, has been confirmed to star in a dance number in the upcoming Telugu film ‘F3’. 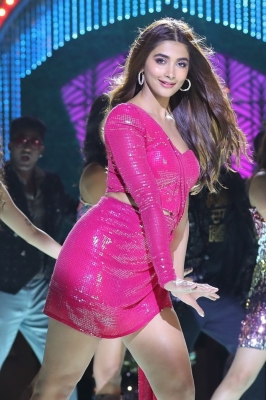 The makers of ‘F3’ unveiled a poster of Pooja Hegde looking super glamourous in a glossy pink dress, earlier on Monday.

Pooja Hegde, who recently appeared alongside Vijay in the Tamil movie ‘Beast,’ is now set to dazzle in a special dance number in Anil Ravipudi’s ‘F3’.

Pooja’s song in the film was shot in Hyderabad, and the shoot was completed with Pooja’s song.

Before Pooja’s first glimpse, Ravipudi piqued our interest by teasing us with a silhouette of Pooja, which was enough to drive the fans crazy.

The film ‘F3’ is a sequel to ‘F2’, and stars Venkatesh Daggubatti, Varun Tej, Tamannaah Bhatia, and Mehreen Pirzada, which is billed as a commercial family entertainer.

Pooja will be seen in Salman Khan’s ‘Kabhi Eid Kabhi Diwali’ and ‘Cirkus’ opposite Ranveer Singh.

The ‘Aravinda Sametha Veera Raghava’ actress is also roped in to play the female lead opposite Mahesh Babu in his next, under Trivikram Srinivas’ direction.

Yami Gautam was the only choice for character of Jyoti Deswal in ‘Dasvi’: Director

Mumbai– Tushar Jalota, the director of the recently released ‘Dasvi’ which stars Abhishek Bachchan in the lead, recently shared that during the casting of the film, he could only imagine actress Yami Gautam playing the part of police officer Jyoti Deswal. 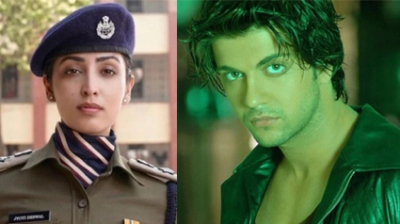 He said she was the first and only choice for this role.

Elaborating on the same, the director said, “Jyoti is a head strong, brave, no-nonsense and a fearless woman. She is razor-focused and is cuttingly sharp. She has steely authority, is fierce and is simply savage!! And Yami played it to the T. When we were casting for this role in ‘Dasvi’, I couldn’t imagine anyone else other than Yami Gautam playing Jyoti Deswal.”

Adding further, he said that the actress completely surrenders herself to the character that she takes up, “She is someone who completely gets absorbed by her character and thoroughly prepares for it; whether it’s looking the part or mentally getting into the headspace of the character.”

He continued, “Apart from all the prep work, she also worked hard on her Haryanvi dialect and accent and for a moment you forget it’s Yami on screen because all you can see is Jyoti Deswal, a strong, confident, no-nonsense female inspector.”

Describing deeper layers of the character, Tushar said, “There is a practised hardness in Jyoti, that is her stated intent, but she has softer virtues (humility, gentleness, sympathy). Yami has done all of this with so much dignity and nobility. She was definitely a great team player, a supporter for me and I believe that is the mark of a terrific actor and Yami deserves all the accolades coming her way for her performance in the film.”

Kajal Pisal: A career in entertainment is never easy 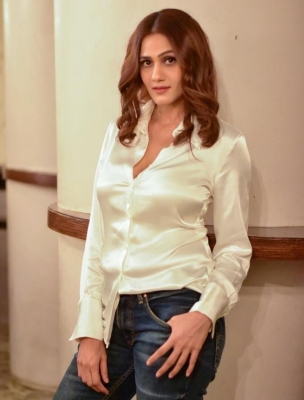 She says: “A career in entertainment industry is never easy. To pursue a career here one need to be ready to accept insults, partiality, body/age shaming, sexual remarks and also discouragements. If one can happily ignore such barriers and keep working hard and flaunt their skills to win audience hearts that can only make you successful else the situation can make you fall into depression.

“You may face financial crisis, stay jobless for long is a huge risk of our showbiz. One need to be strong to deal with all such circumstances.”

As April is celebrated as Stress Awareness Month since 1992 to raise awareness of the causes and cures for our modern stress epidemic.

Kajal highlights the ways that she manages to keep herself happy.

She adds: “One needs to be aware that nothing is permanent everyone experiences good and both time. Everyone in the world deals with stress, and many people have overcome stressful situations. You are not alone.

“To overcome accept the situation and react in calm and composed way. I engage myself into gardening, cooking or talking with friends to keep myself happy and find a way out to overcome my problems. At times I do read spiritual lectures to find peace.”

Kajal is known for featuring in shows like ‘Bade Achhe Lagte Hain’, ‘Saath Nibhaana Saathiya’ and ‘Naagin 5’, among others. (IANS)