Priyanka shares ‘what shooting a movie looks like in 2020’

Mumbai– Actress Priyanka Chopra Jonas has shared an Instagram post on how shooting in 2020 looks like. In the image, the actress can be seen following Covid safety guidelines and wearing a face shield.

“What shooting a movie looks like in 2020. Daily testing, face shields, and masks on hand. This was taken after hair and makeup where we wait right before we shoot, in a secure distanced zone …And masks on…in between all shots!” she wrote.

Priyanka added that “staying safe” is part of getting the job done.

“Protect yourself and everyone around you. Stay positive! test negative!” she stated.

Priyanka is currently shooting for the Hollywood romantic drama, tentatively titled “Text For You”.

Written and directed by Jim Strouse, the film is an English remake of the German-language film “SMS Fur Dich”, based on Sofie Cramer’s novel.

Priyanka’s co-star in the film is Sam Heughan.

Mumbai– The Aamir Khan-film Taare Zameen Par released 13 years ago on this day. Actress Tisca Chopra, who played a pivotal role, recalls how the film started a conversation about inclusion and sensitised parents towards the uniqueness of their children. 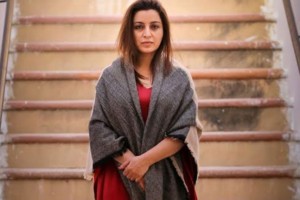 Tisca posted behind-the-scenes pictures on Instagram where she is seen with Aamir and other cast members.

“The joy of being part of a piece of storytelling that not just changed the narrative of education in the country, started a conversation about inclusion and sensitised parents toward the uniqueness of their children,” she stated.

Directed by Aamir Khan, the film revolves around an eight-year-old dyslexic child, played by Darsheel Safary. He fails in academics and is sent to a boarding school by his father. The boy’s new art teacher suspects he is dyslexic and helps him to overcome the disability.

Tisca last month made her debut as director with the short film Rubaru, which she has co-written with her husband, Captain Sanjay Chopra. The screenplay has been penned by Namrata Shenoy.

Arjun Rampal opens up on shooting during Covid times

Mumbai– Actor Arjun Rampal has opened up on shooting for his upcoming film Nail Polish amid the ongoing pandemic, describing the experience as challenging.

“It was extremely challenging — everything from production teams having to be on top of their game, to actors being vulnerable, to Zee5 taking a huge risk, to 9co-stars) Manav (Kaul) and Anand (Tiwari) getting Covid, to shoot coming to a halt for three weeks,” Arjun said.

He added: “Re-gathering ourselves and braving the situation, we had all the experiences. The best feeling was fighting through all these times and finishing what we had started.”

The story of the film revolves around the killing of migrant children that involves an influential man, and how a defence lawyer plays a crucial role in unveiling the mystery.

The film also features Rajit Kapur and is directed by Bhargava Krishna. It will release on January 1.

Mumbai– Actress Yami Gautam on Monday revealed that she feels a sense of security while shooting in her home state Himachal Pradesh.

On December 5, Yami wrapped up shooting for the first schedule of her forthcoming film Bhoot Police across locations in the state where she stayed for almost a month.

The actress informed that she has just commenced shooting for her remaining portions of the horror comedy flick in Mumbai.

“As I commence the Mumbai schedule of ‘Bhoot police’ cannot help but think of our shoot in Himachal. Pandemic has hit us all & everywhere but the security that your hometown gives you is amazing. Home is where is the heart is… #shootdiariesofHimachal #dalhousie,” she wrote on Instagram.

Yami’s Instagram account bears proof of how much she has enjoyed working and staying in Himachal Pradesh after a long time. The actress flooded social media with photographs and videos from the picturesque hill stations where they shot throughout her stay.

Madhuri Dixit tweeted: “Your films, dance, dialogues… your presence alone brings a smile on everyone’s face including mine. Sending you my best wishes on your birthday. Happy birthday @govindaahuja21.”

“II want people to look at me at least once as we dance– I had once told him jokingly..did I manage..of course Not (even I didn’t see me). It’s impossible to take your eyes off him when he is dancing. Immensely graceful dancer n an incredible actor #HappyBirthdayGovinda,” shared Urmila Matondkar.

Sayani Gupta posted: “It’s @govindaahuja21 ‘s birthday! Can we take a moment to appreciate the King of Rhythm & Vigour! All time favourite! He just infused Joy!”

Govinda is considered one of the best dancers Bollywood has ever witnessed. The actor is also known for his excellent comic timing.

Mumbai– Upcoming Bollywood actress Payal Ghosh says it has been four months since she alleged sexual harassment against filmmaker Anurag Kashyap, but Mumbai Police is yet to do their job.

“It’s been 4 months and no action has been taken against #AnuragKashyap inspite of me providing evidence. Do I have to die to get the proccedings going?” Payal tweeted on Monday.

“It’s been a while and @mumbaipolice hasn’t done it’s best. An earnest request . It’s a matter of women and we should be aware of what examples we are setting,” the actress wrote in a separate tweet.

In September this year, Payal Ghosh had opened up on social media alleging that filmmaker Anurag Kashyap had sexually harassed her in 2013. However, in his statement given to Mumbai Police, Kashyap denied the allegation saying at that time, he was in Sri Lanka for a shoot and termed the allegations as an “absolute lie”.

New Delhi– New-age Bollywood star Varun Dhawan collaborates with father, filmmaker David Dhawan, for the forthcoming film Coolie No. 1. Opening up on working with his father again after Main Tera Hero and Judwaa 2, the actor called the filmmaker a livewire.

Asked how it was working with his father, Varun told IANS: “He’s a livewire. He has this quota of work, which he puts down saying we have to complete this much work today. As long as we are completing that work, he is totally alright and as long as we are on point with that work then it is all cool.”

Coolie No. 1 is a remake of the 1995 hit of the same name starring Govinda and Karisma Kapoor.
The original, too, was directed by David Dhawan.

In the remake, Varun and Sara Ali Khan reprise the roles of Govinda and Karisma, with a “fresh” twist”.