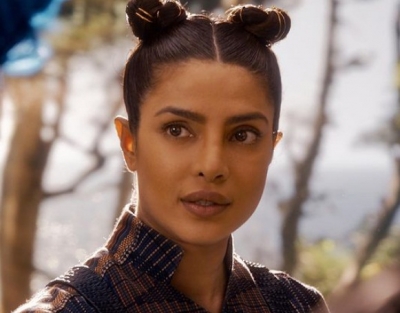 Mumbai– Actress Priyanka Chopra Jonas, who was appointed the UN Goodwill Ambassador in 2016, has strongly reacted to the crisis which is currently unfolding in Ukraine following the military attack launched by Russia.

Terming the situation as “terrifying”, she has urged people on behalf of Unicef to provide aid to Ukraine. The actress shared a video of a news coverage on the situation in Ukraine, which is getting battered with Russian bombing on their military bases.

The bombing has created widespread panic among the Ukrainians, who have turned subway stations into underground bunkers to stay safe during the ongoing skirmish.

Priyanka wrote in the caption, “The situation unfolding in Ukraine is terrifying. Innocent people living in fear for their lives and the lives of their loved ones, while trying to navigate the uncertainty of the immediate future.”

She further wrote, “It’s difficult to comprehend how in the modern world this could escalate to such a catastrophic point, but this is a consequential moment that will reverberate around the world.”

Urging people to lend a helping hand, she wrote, “There are innocent lives living in this war zone. They are just like you and me. Here is more info at the link in my bio about how to assist the people of Ukraine.”

The ongoing crisis in Ukraine has drawn varied reactions from influential people. Earlier, actor Sonu Sood had urged the Indian Embassy in Ukraine to help find an alternative route for evacuating stranded Indians.

She is one of the judges on the show along with Mithun Chakraborty and Karan Johar. 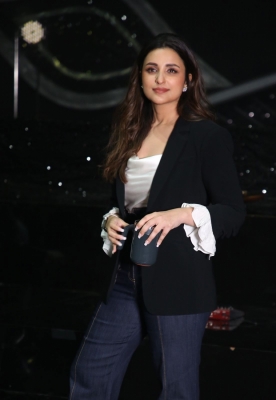 On her experience of spending time with the contestants, she mentioned: “It’s been at the back of my mind for a few days now to go behind the scenes and see what my contestants are doing and watch them practice. I didn’t want to involve myself as just a judge. I really care about all the contestants as well as what is going on in their lives.”

The actress further shares that she is careful about her responsibility as a judge and wants each of the contestants to give their best.

“I genuinely want them to excel, and I must go above and beyond my duty as a judge of this show. Today I had some time off, so I made it my priority to go on the set to see all the rehearsals. I discuss and try to understand the problems and difficulties they face and try to help them in my own small way. I really hope that it motivates them and when I finally meet them on shoot day, they will be able to excel and perform really well,” she adds.

When asked about her excitement after looking at the performances of best 14, she said: “When I see the contestants that we have chosen for our ‘Behatareen 14’, it really makes me proud. This is the first time I’m an insider on a reality show and I’m getting to see how much work they have put in and how hard they have to work for those two minutes that they get on stage to impress the judges and the world.”

Mumbai– Bollywood actress-producer Anushka Sharma took to her social media to give a glimpse of her preparation for her upcoming film ‘Chakda Xpress’ on Friday.

She shared a set of two pictures, one close up shot of the season ball in her hand and the other being her bowling action from the nets. 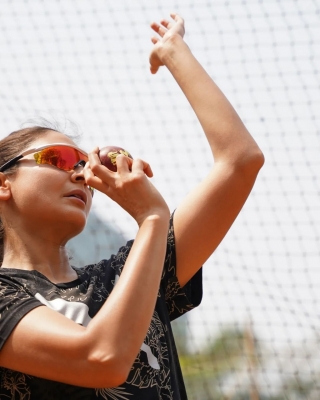 Anushka captioned the pictures, “Grip by Grip Prep #ChakdaXpress”. Anushka is making her return to the movies after her pregnancy with this film based on Jhulan Goswami, who holds the world record for the highest number of wickets taken by a woman in an international career.

‘Chakda Xpress’ traces Jhulan’s inspirational journey as she moves up the ladder despite the roadblocks posed by misogynistic politics to fulfill her dream of playing cricket for India. She went on to serve as the captain of the Indian women’s national cricket team. In 2018, an Indian postage stamp was issued in her honour.

As per reports, Anushka will be flying to the UK to shoot a 30-day schedule of the sports drama. 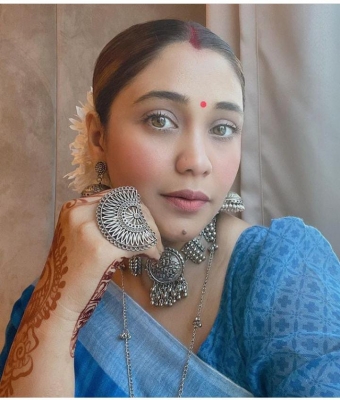 Amrapali says: “I’m very excited to finally make my return to television as an antagonist. People still remember me for playing a vamp in ‘Qubool Hai’. I will try to get a new identity from this show. It is always fun to set some new records and recognitions.”

Amrapali, who rose to fame after playing a protagonist in ‘Teen Bahuraaniyaan’, shares about her role.

“I will be seen playing the character of Chavi, who is a classical dancer. I have always enjoyed dancing and hence the role excites me more. It’s a completely negative character. I feel as an actor I always wish to portray such roles which are more challenging and promising,” the actress concludes. (IANS)