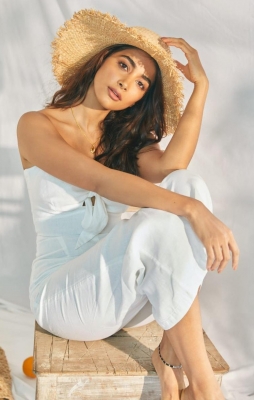 Mumbai– Actress Pooja Hegde will be making her debut at the annual Cannes Film Festival while also representing the country.

The ‘Ala Vaikunthapurramuloo’ actor will be flying to France on May 16. She will be attending the festival on the May 17-18 and she will be present at the after-party that hosts some of the most celebrated actors worldwide.

Pooja says, “First and foremost I am so proud that India will be the country of honour, this year, at the Marche’ Du Film at the Cannes Film Festival. Our country has a rich history at the festival, which stems back to Chetan Anand’s ‘Neecha Nagar’ winning the top prize at the festival in 1946. I strongly believe in the power of cinema and stories to overcome language, geographic and culture barriers.”

“Cannes represents a unique celebration of those barriers being removed – through the coming together of Film, Culture and Fashion. The opportunity to be attending and representing India is one I will always cherish, and hope to continue to do so for the rest of my life.”

On the work front, Pooja is gearing up to shoot for ‘Kabhi Eid Kabhi Diwali’ with Salman Khan and dive into the promotional spree for Rohit Shetty’s ‘Cirkus’. She also has ‘SSMB28’ opposite Mahesh Babu on her slate.

Mumbai– Sara Ali Khan is turning out to be a wanderer at heart. The actress, who is constantly on the road for her work, somehow manages to make time for her passion of travelling. 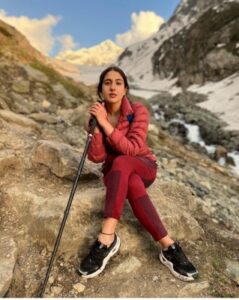 Recently, Sara Ali Khan travelled to Pahalgam in Kashmir and immersed herself in the joys of trekking. The actress climbed up a hill to catch sight of the sunrise.

In the pictures that Sara has uploaded, she is seen outfitted stylishly in maroon sportswear. Taking to her social media, the actress jotted down “Kashmir Ki Kali ?? Is back to your Gali ????
Now trekking par Main Chali ??”

Meanwhile, on the work front, Sara Ali Khan’s last outing ‘Atrangi Re’ was much appreciated by audiences and reviewers around the country.

Currently, the actress was spotted shooting for ‘Gaslight’ with Vikrant Massey and has recently finished shooting for an untitled project with Vicky Kaushal.

Sara Ali Khan is one young actress who knows how to enjoy work-life balance.

This Christmas to be merrier with the release of ‘Cirkus’: Jacqueline

Mumbai– Riding high on back-to-back releases, Jacqueline Fernandez has a busy year ahead. 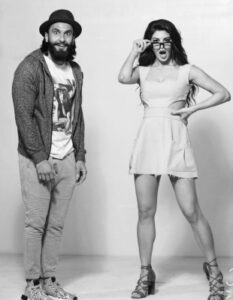 The Christmas cheer seems to have already hit her with the poster of her upcoming ‘Cirkus’ announcing the release date on this Christmas.

Sharing her excitement, she said “For me Santa has arrived early this year and Christmas celebrations will be merrier with the release of ‘Cirkus’. I had the most amazing time shooting for the film and the energy on the sets with Rohit sir and Ranveer so infectious along with the very talented team. Hoping that audience would enjoy watching the film as much we enjoyed filming it”.

Apart from ‘Cirkus’, the actress is looking forward to the release of the film ‘Ram Setu’ in which she will be seen with Akshay Kumar and Nushrratt Bharuccha, and in ‘Vikrant Rona’ while she also has ‘Kick 2’ in the pipeline.

Kiara Advani reveals her superstition on ‘The Kapil Sharma Show’

Mumbai– Bollywood actress Kiara Advani, who is appearing on ‘The Kapil Sharma Show’ to promote her new film, reveals how she is just superstitious about one thing in life. 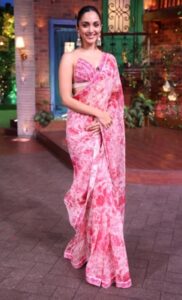 She is coming with co-actors Kartik Aaryan and Rajpal Yadav along with director Anees Bazmee.

After making her debut in the comedy film ‘Fugly’, Kiara played a supporting role in the sports biopic ‘M.S. Dhoni: The Untold Story’. She also got appreciation for the anthology film ‘Lust Stories’. The actress also rose to fame with her roles in Telugu political thriller ‘Bharat Ane Nenu’ and the Hindi films such as ‘Kabir Singh’ and ‘Shershaah’.

In conversation with host Kapil Sharma, Kiara said: “I am not at all superstitious, except for one thing. I believe that till the time I don’t actually sign a film, I won’t tell anyone.”

To this Archana Puran Singh complimented Kiara on being wise.