When Payal Ghosh faced a tough time in hometown Kolkata

Kolkata– Actress Payal Ghosh had to face a really tough time in hometown Kolkata recently, when she lost her baggage at the airport.

Payal says she is yet to recover her baggage.

Although she was left stranded without her baggage, Payal did not face much of a problem because she hails from Kolkata and she didn’t have to struggle much for clothes and other things.

“My baggage didn’t arrive after I landed. I waited for more than an hour but even the administration staff was clueless. I was lucky that Kolkata is my hometown, so I didn’t struggle too much for clothes and other things. I really need my bag as it has a lot of valuables and important things,” Payal said.

Sonam has ‘scariest experience’ with Uber driver in London

London– Actress Sonam Kapoor is “super shaken” after having the “scariest experience” with an Uber driver here.

Sonam took to Twitter on Wednesday night to share her experience and warned her 12.8 million fans: “Hey guys I’ve had the scariest experience with @Uberlondon. Please please be careful. The best and safest is just to use the local public transportation or cabs. I’m super shaken.”

When a follower asked her about it, the actress replied: “The driver was unstable and was yelling and shouting. I was shaking by the end of it.”

Uber reached out to her on Twitter and wrote: “Sorry to hear about this, Sonam. Can you please send us a DM with your email address and mobile so we can look into this?”

To which Sonam replied: “I tried complaining on your app, and just got multiple disconnected replies by bots. You guys need to update your system. The damage is done. There is nothing more you can do.”

This happened just a few days after she tweeted about losing her bags while travelling.

“This is the third time I’ve travelled @British_Airways this month and the second time they’ve lost my bags. I think I’ve learnt my lesson. I’m never flying @British_Airways again,” she wrote on January 9.

Mumbai– Actress Richa Chadda, who adheres to a different political ideology from her “Panga” co-star Kangana Ranaut, says they avoided discussing politics while shooting the film. 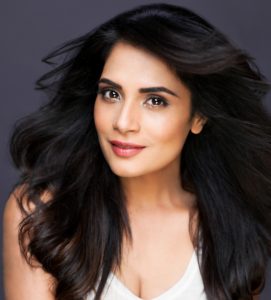 “We never discuss politics on a film set and it really does not matter as an individual which political ideology we subscribe to. I am not here to change anyone’s beliefs and what their politics are. Everyone has their own beliefs and I am vocal about things that I strongly believe in,” Richa told IANS.

She continued: “When it comes to ï¿½Panga’, we were making a film. We did that peacefully, professionally and in sync with the vision of the director. And there is no doubt about the fact that Kangana is a brilliant actress.”

For Richa, professionalism counts. “I am someone who has worked in films with different actors and when we actors work in a film, we all come together professionally to put our effort to make a film, tell a story. That is the intention and in ï¿½Panga’, too. Kangana and I came as two professionals acting in a film. It is that simple,” she explained.

Sharing an insight of her character in the film, Richa said: “I would say that it is an important story of two female kabbadi players and their lives. My character Meenu plays from defence position and Kangana’s character Jaya is a star offender. After having a successful journey in the game of kabaddi, Jaya settles for a family life with husband and child. Meenu continues to play the game. When Jaya decides to get back to the game, Meenu encourages and pushes her to get into fitness, regular training and do everything to prepare her for the game. It is the journey of Jaya and how Meenu supports her.”

Priyanka Chopra reveals why she wanted to date Nick Jonas

A little over a year after tying the knot with Jonas, Priyanka shared that the beginning of their romance has a lot to do with his steamy scene in his music video for “Close”, reports aceshowbiaz.com.

The 37-year-old actress spoke when she took Harper’s Bazaar through the 24 hours in her life for the magazine’s February issue.

“The first thing I do in the morning is put on music. My life has always been pretty musical, and now with Nick it’s completely musical. I decided to date him after seeing the video for ‘Close’, where his shirt comes off… So that song is my favourite,” she said.

In the feature piece, Priyanka also said that she and her Nick knew little about each other before they began dating.

“The Sky Is Pink” actress shared that she doesn’t google herself or Nick.

“There’s so much information about us – it’s overwhelming,” she said.

Sharing a video clip of his two characters Rohit and Raj from the movie, which turned him into a superstar overnight, Hrithik wrote: “I think the 2 emotions which best describe my journey of the past 20 years since KNPH, is simply “Fear” and “Fearless” both existing simultaneously and never one devoid of the other..”

“On the face of it, Fearless is a David. Fear is more a Goliath. But no matter how many times you repeat the story or in how many different ways, David still always defeats Goliath..”

“I feel terribly bad for fear. Cause it tries so hard. Fearless is a smart cookie, it only follows one rule. To keep going..”

Hrithik made his Bollywood with the romantic thriller directed by his father Rakesh Roshan that released on January 14, 2000. He played a double role in the film, which also marked the Bollywood debut of Ameesha Patel opposite him.

Farhan Akhtar: Feel proud and fortunate that Javed Akhtar is my father

Mumbai– Filmmaker-actor Farhan Akhtar says he feels fortunate and proud that he is celebrated writer-lyricist Javed Akhtars son. He adds that he learned many things about life and work from his father.

Asked what his best memory with his father was, Farhan said: “When you really love and respect a human being then it is very difficult to point out one best memory. I feel fortunate that he is my father. I have learnt a lot from him about life, work, relationships, culture, etiquettes and languages. I will keep learning from him, so I couldn’t have asked for a better person to be my father.”

Farhan was interacting with the media at a photo exhibition that showcased the life of Javed Akhtar on the occasion of the latter’s 75th birthday on Wednesday in Mumbai.

Talking about his feeling after visiting the photo exhibition, Farhan said: “He is very respected and also loved as a human being, I am really happy that a photo exhibition has been inaugurated on his life and times.”

Asked if he felt nostalgic after seeing his pictures with his father from his childhood days, he said: “When I saw these pictures with him (Javed Akhtar), then it took me back to that time and it reminded me of my childhood. There are few pictures where Zoya and I are sitting on his lap, so it brought back memories of that photo shoot in our house. It was a different time. It makes you feel good.”

On film front, Farhan Akhtar will next be seen in Rakeysh Omprakash Mehra’s “Toofan” along with Mrunal Thakur. The film scheduled to release on October 2. (IANS)