Mumbai– Actress Nora Fatehi, who indulges in different styles like belly dancing and hip hop, will star in the official video of an Arabic singer’s original song.

Moroccan singer and music producer Saad Lamjarred has roped her in for a track.

Nora said in a statement: “I’m always very proud of Moroccan artistes doing well and achieving international recognition. I’ve always said Moroccan artistes are extremely talented and the world needs to take notice. Saad has really put Morocco on the scene through his music and brought the international market to take notice of our music and our language called Darija.”

“I’ve always admired his music and we are in talks to work together in the near future for his music video. This collaboration will be amazing as two recognised Moroccan artistes from two different markets will be coming together. I feel both our fans will be very excited to see what’s in store. I am hopeful that we will create something epic with a nice Indian touch,” added the actress, who earlier worked with Lamjarred on his song “Ghazali”.

“Ghazali” had released in March, but learning about Nora, the singer approached her to make a dance cover to the song.

Nora then produced a special official music video for the song, which was recently released by the Arabic singer.

Important to inspire kids who look at you as hero: SRK to John Cena

Mumbai– Bollywood superstar Shah Rukh Khan has thanked Hollywood actor and wrestler John Cena for “spreading goodness” and said it is important to inspire children who look up to him as their hero. 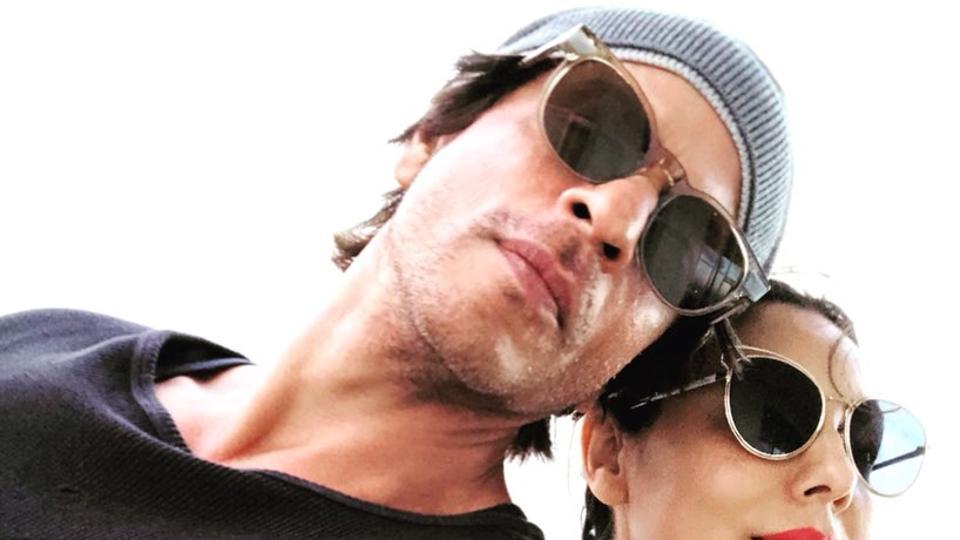 Cena on Monday shared an inspirational quote by Shah Rukh from Ted Talks.

“‘Neither power nor poverty can make your life more magical or less torturous’ Shah Rukh Khan,” Cena posted on Twitter.

To this, Shah Rukh replied: “Thanks my friend for spreading the goodness. It’s important to inspire so many kids who look up to you as their hero.”

On the work front, Shah Rukh will soon be seen in “Zero”. The film is slated to release in December.

Los Angeles– Actor producer Dwayne Johnson has joked about being the one responsible for bringing together actress Priyanka Chopra and singer Nick Jonas.

Johnson, also known as ‘The Rock’, has quipped he was secretly the matchmaker behind the romance, reports etonline.com

Asked about the highly talked about relationship, Johnson first replied with a question: “Are they happy?”

After learning that the couple seems to be doing well, Johnson cordially confirmed his role in bringing his former co-stars together.

“I did it, yes. If they’re happy. Well then, I take credit. ‘Baywatch’ and ‘Jumanji’,” he added, pointing out to his work with Priyanka in “Baywatch” and with Jonas in last year’s “Jumanji: Welcome to the Jungle”.

They even spent a day together on July 4 which was preceded by a vacation in India.

Mumbai– Actor Aparshakti Khurana, popular for featuring in Aamir Khan-starrer “Dangal”, says it feels good that three of his films will hit the screens soon.

“Happy Phirr Bhag Jayegi” is slated to be released on August 24. In this comedy-drama, Aparshakti will be seen playing actress Sonakshi Sinha’s love interest.

This will be followed by “Stree”, produced by Maddock films and helmed by debutant director Amar Kaushik. It will hit theatres on August 31. The movie belongs to the horror-comedy genre, and here Aparshakti will be seen sharing screen space with Rajkummar Rao and Shraddha Kapoor.

Aparshakti will also be seen in Leena Yadav’s “Rajma Chawal”, which is releasing on the same day as “Stree”. Here, he will be playing a goon and will be seen alongside veteran actor Rishi Kapoor.

“It feels really good to see three of my films releasing back to back. Looking forward to doing more work in the coming months. Hope I get to explore different genre of films in near future,” Aparshakti said in a statement to IANS.

Mumbai– Actor Sandeep Arora feels he is blessed to work with Bollywood superstar Akshay Kumar for a TV commercial.

“I’m so blessed to be working with Akshay Kumar. Time spent with him while shooting is very special to me now. He treats people around him as if he knows everyone before. He really has a big heart and is totally down to earth.”

Sandeep now harbours a dream to do a film with him.

“Ghoul” has been produced in partnership with Anil Ambani-led Reliance Entertainment’s Phantom Films, Ivanhoe and Blumhouse.

“‘Ghoul’ is a thrilling horror series, both frightening and insightful. Its high production value, a chilling performance from Radhika Apte, and quality writing are sure to scare Indian and global audiences alike,” Simran Sethi, Director, International Originals, said in a statement.

All three episodes will be available at the same time to over 125 million Netflix members in 190 countries including India. The trailer for the series will launch on Tuesday.

Jason Blum of Blumhouse said: “It has been a great experience working closely with Netflix and our partners at Phantom and Ivanhoe to produce ‘Ghoul’. This is Blumhouse’s first foray into the horror genre in India and we’re excited to share this project with horror enthusiasts around the world.”

“This is our second collaboration with Netflix (after ‘Sacred Games’) and yet another strong example of commitment towards high quality content.”

Kilian Kerwin of Ivanhoe Pictures said “Ghoul” has been a collaborative effort to tell a story that is rooted in India in a manner that will appeal to audiences around the world.

Mumbai– Indian actress Priyanka Chopra has been roped in director-writer Shonali Bose’s next titled “The Sky Is Pink” and has already started prepping for the Hindi film.

Priyanka on Sunday night shared a photograph of the film’s draft on her Instagram stories. The draft also mentioned that the film is written by Bose.

She captioned it: “And it begins… Prep. Hindi movie.”

The “Mary Kom” actress later posted a photograph of herself in a car enjoying looking at the Mumbai rains.

Bose has previously directed films like “Amu” and “Margarita with a Straw”. She even produced the 2012 film “Chittagong”.  (IANS)