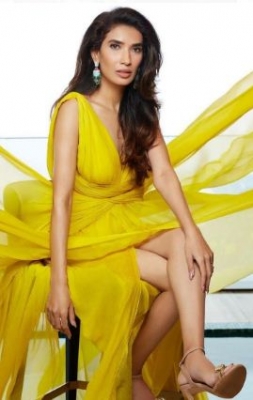 Mansi Bagla all chuffed about casting Vikrant Massey, Radhika Apte together in ‘Forensic’

Mumbai– Mansi Bagla is all excited for her first feature film ‘Forensic’ as a producer starring Vikrant Massey and Radhika Apte. Directed by Vishal Furia, the upcoming psychological thriller is a remake of the Malayalam film of the same title.

She says: “Vikrant Massey is a brilliant actor. He has this hero and star-like quality and Forensic will make him even bigger! You have to watch the film to see how natural he looks on the bike with tattoos. Our film is intense and actors like Vikrant and Radhika will only take it to another level.

“I’m getting a lot of appreciation from the industry for having cast Vikrant and Radhika together. They are a powerhouse – fresh and never seen before. And that’s what I’m aiming for. I want to do things which have never been done before or even imagined.”

Mansi trusts herself and her work she continues to add: “I am here to try making good and super hit films. It’s not my overconfidence. It’s my zeal and confidence. I can challenge that before my films are out that all the films I make are going to be well received, profitable and loved by all.”

‘Forensic’ follows the story of two experts chasing a vicious serial killer on the loose. While Vikrant will be seen in the role of a forensic officer, Radhika will portray the character of a police officer in the small town of Mussoorie, Uttarakhand.

Don’t underestimate symptoms, says Vedhika as she goes down with Covid-19

Chennai– Actress Vedhika, who has acted in several critically acclaimed films in Tamil and Telugu, on Monday said that she was down with Covid-19. 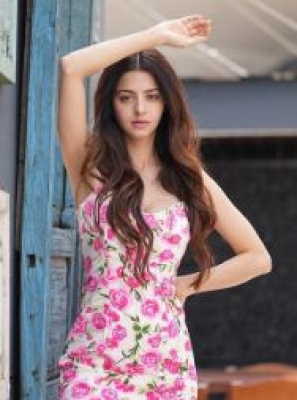 Taking to Instagram, Vedhika said, “Hi everyone! Unfortunately I am down with Covid for the first time.

“Not all people face mild symptoms. I have had high fever which has been coming and going for a couple of days now.

“Please don’t underestimate the symptoms. Not worth being sick with terrible body aches and high fever (over 103F).

“It’s better to be safe than sorry. Mask up even if you are meeting one person or a 100 people for you and your loved ones’ sake. I’m better today. I’ll be fine soon. Much love. Stay safe.” 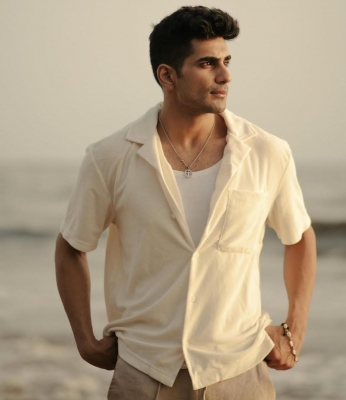 He says: “I’m excited to have the opportunity to join the cast this new venture by Sandiip sir. I’m playing a grey shaded charecter. I will be seen as Vivaan Malhotra. He’s the youngest son in the family. My role is written very creatively. He’s carefree and bindass. At times he’s positive but sometimes he turns out to be negative. So, its a promising role for me with a good screen timing.”

Aryan has earlier also featured in ‘Naagin 6’ and ‘Pyaar Tune Kya Kiya’, adds apart from shoots the actor is also focusing on fitness.

He shares: “I enjoy to stay fit and healthy. Whenever I get time from my shoots I workout for hour or so. I feel staying fit helps us to function actively and keep our mind positive. And a fit look always makes a way to explore new opportunities.”

‘Bohat Pyaar Karte Hai’ will go on air from July 5 on Star Bharat.

Chennai– Actress Aparna Balamurali, who played the female lead opposite actor Suriya in director Sudha Kongara’s Tamil blockbuster ‘Soorarai Pottru’, is overwhelmed at having met Bollywood star Akshay Kumar, who is now playing the lead in the Hindi version of the film. 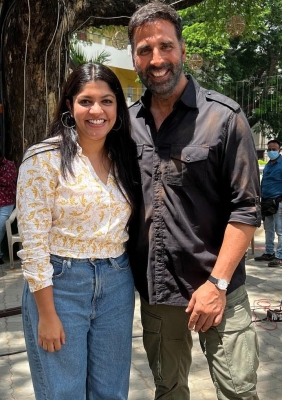 Taking to Twitter, Aparna said, “The feeling was overwhelming. Thank you Akshay Kumar sir for your time. For being such a joy!! It was a pleasure to see you become Veer.

“Forever grateful to my Sudha Kongara ma’am for everything. Missed meeting you Radhika Madan! Can’t wait to see your magic on screen!”

Radhika Madan reprises Aparna’s role in the Hindi remake. Only last week Suriya had disclosed that he had called on the crew of the Hindi remake of ‘Soorarai Pottru’, which was partly inspired by events from the life of Air Deccan founder Captain G.R. Gopinath, and that he was playing a cameo in the Hindi version.

The Hindi version is being produced by Suriya’s production house 2D Entertainment, along with Abudantia Entertainment and Cape Good Films on a lavish scale.

2D Entertainment will be making its debut in Hindi film production with this film. (IANS)

Bhumi Pednekar and Nykd collaborate to talk all things lingerie