Kunal Kemmu posts a video with daughter at Marine Drive

In the video uploaded on the actor’s Instagram page, Kunal is seen taking a breezy stroll with daughter Inaaya Naumi on Marine Drive, Mumbai.

Inaaya is the daughter of actors Kunal Kemmu and Soha Ali Khan. She was born on September 29, 2017.

The video has the song “Hold my hand”, by Michael Jackson featuring Akon, playing in the backdrop.

Soha’s sister Saba wrote in the comment section: “Inni my Jaan. Keep holding her hand kk. Daddy’s mean the world to a daughter.”

Mumbai– Bollywood actress Taapsee Pannu will be seen in the upcoming film “Blurr”, which will be bankrolled by her newly-announced production company Outsider Films.

Taapsee said: “‘Blurr’ is the just kind of script I was waiting for. I’m delighted to be finally turning a producer with this film and with the support of co-producers and team, I am sure it’s going to be an enriching journey.”

She added: “Collaborating with Ajay is as exciting as it gets as I’ve seen his work. He is the best to bring the gripping story of Blurr on-screen.”

Bahl said “Blurr” is a thought-provoking and intriguing story. “With the massive scale it promises and the narrative it brings along, I believe ‘Blurr’ will not only be a power-packed entertainer, but it will stay with the audience too. The reason being, it is not only an arresting psychological thriller but it also has an intriguing social context,” he added.

Zee Studios in association with Outsiders Films and Echelon Productions unveil the first look of the film on Thursday.

“It’s exciting to see Taapsee and Ajay, two of the most creative people come together to create magic with ‘Blurr’. The script is unique and highly engaging, and we are all looking forward to the journey ahead,” Shariq Patel, Chief Business Officer, Zee Studios said.

“With Ajay Bahl directing and Taapsee leading the star cast, we have been blessed with the best talent from the industry coming together to make this film,” Vishal Rana of Echelon Productions added.

Mumbai– Actor Ayushmann Khurrana has started shooting for his upcoming film “Doctor G”. He says this is the third film he will be shooting amidst the pandemic.

Ayushmann posted a monochrome picture on Instagram, wearing a white T-shirt that reads: “Always late but worth the wait.” He completed his look with round reading glasses and a black mask which has “Doctor G” written on it.

For the caption, Ayushmann wrote: “Day 1 #DoctorG: This is the third film I’ll be shooting in the pandemic. But summers will be tough. One of the best scripts I’ve ever read.”

Ayushmann’s “Doctor G” co-star Rakul Preet Singh commented on the picture. She wrote: “Yay yay yay!! It’s my third too let’s kill it and can’t wait to join you all.”

Anubhuti has earlier directed “Afsos” for OTT and the short film “Moi Marjaani”. “Doctor G” is a campus comedy-drama with Ayushmann playing a doctor.

Raima Sen: The industry is about survival of the fittest

New Delhi– Actress Raima Sen says she has realised over her years in Bollywood that one is as good as one’s last release. The actress adds that the film industry is all about the survival of the fittest. 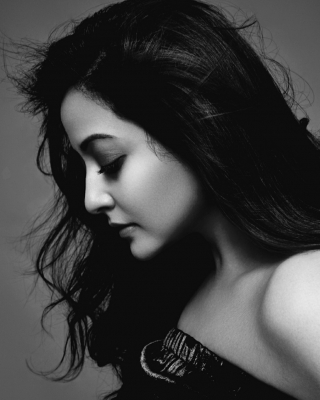 “You are as good as your last release in this industry. So, you will always be noticed for your last work but I guess that is fine and that is the way it is. You just have to deal with it positively because there are a lot of ups and downs,” Raima told IANS.

She says it is only natural that success and failure should co-exist in an industry where survival stakes are always high.

The actress’ last outing, the web series “The Last Hour”, was well received and she feels such judgements happen in every sphere.

“That is part and parcel of the industry. I would not call it brutal. I think it happens in every other sphere as well,” she added.

“I have done a lot of Hindi films that have not been released or are stopped halfway but now with the help of OTT platforms they will get released. A lot of my short films have been released much later and now you will see me more,” she promised her fans.

Raima will next be seen in the upcoming OTT show “Mai”. About the show, she said: “I am doing another big show for Netflix called ‘Mai’. So, you will get to see me a lot more.”  (IANS)