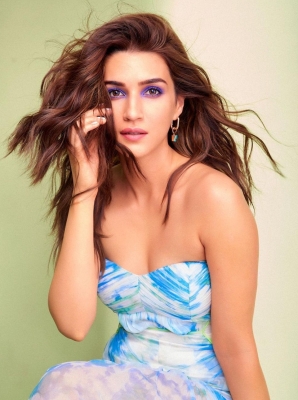 Kriti Sanon to have five releases in 2022

Mumbai– Kriti Sanon, will be seen in five films in 2022 all of which belong to different genres thereby allowing her to push the boundaries with her work.

She credits her last year’s release ‘Mimi’ for giving her the strength to take on more risks.

Reflecting on the year gone by, Kriti says, “2021 was an amazing year professionally. The kind of love that ‘Mimi’ got has been extremely overwhelming and has not only made me more confident as an actor to take risks but has also made me hungrier to push the envelope further”.

Looking forward to having more experimenting roles in the coming year, the actress shares, “What excites me more is the fact that all these projects belong to completely different genres and worlds. So there’s a lot to look forward to in 2022!”

Next on the cards for the actress are several big-ticket releases like ‘Adipurush’ with Prabhas, ‘Bachchan Pandey’ with Akshay Kumar, ‘Ganapath’ with Tiger Shroff, ‘Bhediya’ with Varun Dhawan and ‘Shehzada’ with Kartik Aaryan.

Mumbai– Ranveer Singh, who was most recently seen in sports drama ’83’, considers it his duty to use his craft for entertaining people and telling stories in the most engaging way. 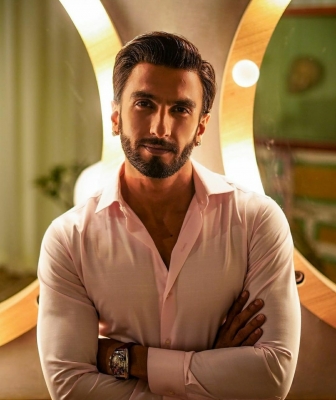 The actor is glad that the profession of acting allows him to explore the human being in him as well.

Ranveer says, “I am really just in the process of exploring myself as a person. To do different characters and present different films that we as people can be proud of, I feel duty-bound to entertain people.”

Reflecting up on his journey, he says, “It’s been an amazing 10 years. I have worked with the finest filmmakers who have shaped me, taught me what it means to be an artiste. I have learnt so much but I feel hungry. My hunger is insatiable, I want to do more films like ’83’ that receive this kind of unanimous love.”

The actor wishes to traverse the path of experimentation in his next decade in cinema, “I intend to continue on this path and continue to explore. I am living the dream. I wake up in disbelief everyday till date that I am an actor. I still can’t get over it and I am grateful for the opportunities. I say a prayer of gratitude everyday, I recognise and value my opportunities and got to play Kapil Dev in the definitive movie like ’83’. It blows my mind.”

Recollecting the memories of ’83’ screening, the superstar adds, “I cannot tell you how fulfilling it was to be in the screening of ’83’. You see people laughing, crying, standing up to applaud and they are feeling this emotion together in a community viewing. They have shared an experience together and that is life. Life is a shared experience and that’s what I want to continue to do.”

Chennai– Actors Mahesh Babu and Madhuri Dixit joined scores of fans from across the country in greeting music director A.R. Rahman on the occasion of his 55th birthday on Wednesday. 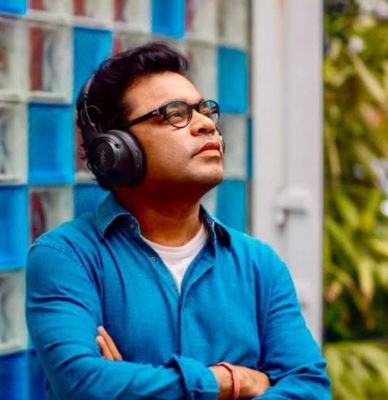 Several top actors from different film industries were among those who greeted the soft-spoken music director, who is fondly called the ‘Mozart of Madras’.

Sevaral directors, production houses and music directors also wished the music director on his birthday. Social media was flooded with greetings from fans.

In her birthday wish, Madhuri Dixit said, “Birthday greetings to the legend A.R. Rahman. You have touched so many hearts through your music, your every work is a masterpiece of art. May you keep shining and doing your best as always.”

Actor Harish Kalyan said, “Wishing our maestro Mozart of Madras Thalaivar A R Rahman sir a wonderful birthday. Thanks for making our lives better with your music & inspiring us as a human being!”

Music directors Anirudh and D. Imman too greeted Rahman on his birthday.

Mumbai– Vicky Kaushal recently took to his Instagram and wished his sister-in-law Isabelle Kaif on her birthday. 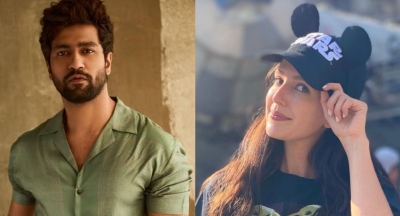 The actor has a cute nickname for Isabelle as he put up her picture on his Instagram story and wrote on the picture, “Happiest Birthday Isy! Have the most wonderful time working and partying today @isakaif (sic).”

The picture shows Isabelle smiling for the camera as she dons a ‘Star Wars’ cap and baby Yoda T-shirt.

Like her sister Katrina, Isabelle too is an actress. She was seen in the 2021 release ‘Time To Dance’ where she was paired opposite Sooraj Pancholi. Isabelle played the role of a dancer in the film. She will next be seen in Lalit Butani’s ‘Kwatha’, which will also star Aayush Sharma.

Vicky and Katrina tied the knot on December 9 at Six Senses Fort Barwara Hotel in Rajasthan in a private ceremony. The three-day wedding festivities started from December 7 and ended with ‘KatVic’ making it official through their social media posts. (IANS)

‘Gangs of Wasseypur’ turns 10: A film that changed an entire...