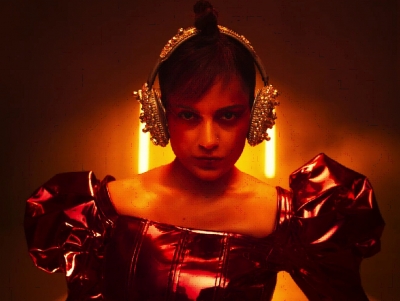 Mumbai– Actress Kangana Ranaut has come out to defend her film ‘Dhaakad’ after it tanked at the box office.

Taking to her Instagram stories, the actress shared a post which called her the ‘box office queen of India’.

“I see a lot of negativity but 2022 is the year of blockbuster – lock up hosting. And it’s not over yet I have great hopes with it.”

On the work front, Kangana has started working on her next ‘Emergency’.

She will also be seen in ‘Tejas’ portraying the role of an Air Force pilot. She also has ‘Sita: The Incarnation’ and ‘Manikarnika Returns: The legend of Didda’.

Kriti Sanon chuffed with her IIFA win for ‘Mimi’

Mumbai– Bollywood actress Kriti Sanon, who bagged the Best Actress award at the 22nd IIFA for her film ‘Mimi’, shared her thoughts on social media after her big win. 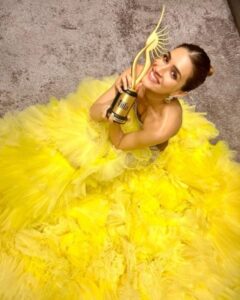 She shared that although it took her 8 years after her debut to win the coveted title, she is happy that she received the award for ‘Mimi’, which she considers an important film in her filmography.

Taking to her social media, Kriti shared a sweet note of gratitude as she captioned it, “Dreams do come true! All you need to do is keep working hard towards it and never lose faith! It has taken me 8 yrs to get my first #BestActress award.”

“But I’m so happy that I received my first for #Mimi – a film I’ll treasure forever, a character that will always be special in my filmography! Thank you @iifa for this validation and for an amazing evening!! Will always be grateful to #Dinoo @laxman.utekar sir for making me your Mimi for life and the whole cast and crew of Mimi for making this journey so memorable (sic)”, she further wrote in her note.

Meanwhile, Kriti is all set to be seen next in big-ticket projects of various genres including ‘Adipurush’, ‘Ganapath’, ‘Bhediya’ and ‘Shehzada’.

Mumbai– Actress Gauhar Khan who is playing one of the pivotal characters in the upcoming web series titled ‘Salt City’ says the story is real, complex and “one of the best family dramas” to look out for. 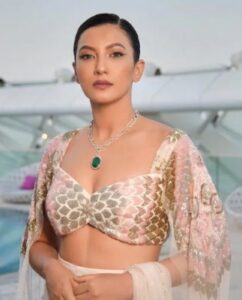 The trailer of the show has been released already that introduces the audience to the world of an urban middle-class family living in the city of Mumbai.

Talking about the show, Gauhar said, “It will be one of the best family dramas to have hit Indian web platforms. I absolutely love how interrelated and real the relationships are between the family members, along with their complexities. It is a beautifully written and directed series by Rishabh Anupam Sahay. The show undoubtedly has some of the most amazing performances and I cannot wait for people to watch it.”

Produced by Applause Entertainment in association with Sunshine Productions, the show is releasing on June 16, on SonyLIV.

Mumbai– Actress Sonam Kapoor, who is expecting her first bundle of joy with Anand Ahuja, is currently babymooning in Italy. Her husband cannot stop gushing about her and called her ‘bestest pregers person ever’. 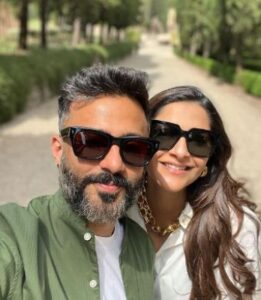 Anand has shared a post on his Instagram handle, expressing his excitement about entering the next phase. He posted new pictures from their vacation.

Sharing the post, he wrote, “Excited and ready as ever for our next chapter! #EverydayPhenomenal w Sonam Kapoor, bestest pregers person ever”.

Sonam made the announcement on Instagram as she wrote: “Four hands. To raise you the very best we can. Two hearts. That will beat in unison with yours, every step of the way. One family. Who will shower you with love and support. We can’t wait to welcome you.”

On the work front, Sonam was last seen in the 2019 release ‘The Zoya Factor’. She starred alongside Dulquer Salmaan. The actress then had a cameo in Anil Kapoor and Anurag Kashyap’s ‘AK vs AK’.

Mumbai– Pankaj Tripathi, who won the Best Supporting Actor Award for his performance in Anurag Basu directorial ‘Ludo’ at the 22nd edition of IIFA, recalls his moment on stage as an overwhelming experience as it was something that he experienced for the first time in his life. 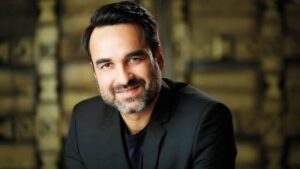 Recollecting the moment he walked up on stage to hold the coveted trophy, Pankaj says, “It was an overwhelming experience, an incredible and emotional moment for me. Receiving standing ovation, cheers and clapping from the audience at one of the world’s biggest packed auditoriums.”

The actor further shares that a barrage of appreciation that he received at the venue left him speechless, “I have never experienced before such an enthusiastic reaction and acceptance from the audience including the international audience live on stage. Due to this overwhelming response I was speechless and couldn’t say much on the stage.”

“It’s very courteous and a great honour to receive warm reception and love and an award on international soil,” he adds.

On the work front, Pankaj will be next seen in ‘Sherdil’, which will be his leading role after the Satish Kaushik directorial ‘Kaagaz’. The film, based on real life incidents, is slated to release on June 24.

Mumbai– A day after Bollywood megastar Salman Khan and his father, writer Salim Khan received death threats, a Mumbai Police team landed at their Bandra west home to carry out investigations and increased security there, on Monday. 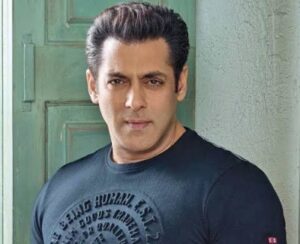 Led by Joint Commissioner of Police Vishwas Nangre-Patil and other officers, the team queried the Khan family on a letter received near their flat in Galaxy Apartments on Sunday, threatening to do a ‘Moosewala’ with the celeb father-son duo.

“I will comment only after getting all the preliminary information in the case,” said Nangre-Patil, even as extra security personnel were deployed at the Khans’ residence.

Taking serious cognizance, the Bandra Police have lodged an FIR against unknown persons for issuing the death threats and launched their probe even as the Mumbai Police Crime Branch also started its own investigations.

Police said that Salim Khan, 87, was handed over the unsigned, hand-written threat letter on Sunday morning around 7.30 a.m by an unknown person on a bench where he normally rests after jogging at the Bandra Bandstand promenade, and it was addressed to him and his son Salman.

The letter is signed off with some initials which the police are probing and also attempting to unravel if they are linked to any past incidents targeting Salman Khan.

The police are also scouring CCTV footage of the area for clues and questioning locals for further leads on the threat letter. (IANS)