Mumbai– Actress Kangana Ranaut has heaped praises on the film ‘Shershaah’ which has been produced by Karan Johar, with whom she has been in a feud for a very long time.

Kangana took to her Instagram story on Thursday, where she posted a picture of Param Vir Chakra awardee Captain Vikram Batra, who attained martyrdom in the 1999 Kargil War.

She wrote: “National hero Vikram Batra was a Himachali boy from Palampur, very popular and loved soldier. When the tragedy happened, news spread like wildfire in Himachal, it slid through our hearts. As a kid, I remember being tormented for days.”

Kangana then shared a picture of actor Sidharth Malhotra, who plays Captain Vikram Batra in ‘Shershaah’, which is co-produced by Karan’s Dharma Productions.

She wrote: “Sharing a picture of Sidharth Malhotra from the film. What a glorious tribute @sidmalhotra. Congratulations to entire team. It was a big responsibility and you all excelled #shershaah.”

The actress, who is often surrounded by controversies, hit the headlines in 2017 when she called filmmaker Karan Johar “intolerant” towards outsiders and a “flagbearer of nepotism” who only backed industry kids, on his popular chat show ‘Koffee With Karan’.

Chennai– Actor Abhishek Bachchan has shared a health update after suffering a ‘freak accident on the sets of his film in Chennai. He said that he had to undergo a surgery and has now resumed work.

Abhishek shared a picture on Instagram, where he is seen wearing a cast and is giving a thumbs up as he poses for the camera. The actor, who is the son of megastar Amitabh Bachchan, is dressed up in a blue sweatshirt and jeans.

Alongside the image, he wrote: “Had a freak accident in Chennai on the set of my new film last Wednesday. Fractured my right hand. Needed surgery to fix it! So a quick trip back home to Mumbai. Surgery done, all patched-up and casted.”

The 45-year-old actor quoted his father’s iconic line ‘Mard ko dard nahi hota (men don’t feel pain)’ and then said that the injury did hurt him a little.

“And now back in Chennai to resume work. As they say… The show must go on! And as my father said… Mard ko dard nahin hota! Ok, ok, ok it hurt a little. Thank you all for your wishes and get-well-soon messages,” Abhishek said.

On the work front, Abhishek has crime thriller ‘Bob Biswas’ and ‘Dasvi’ lined up 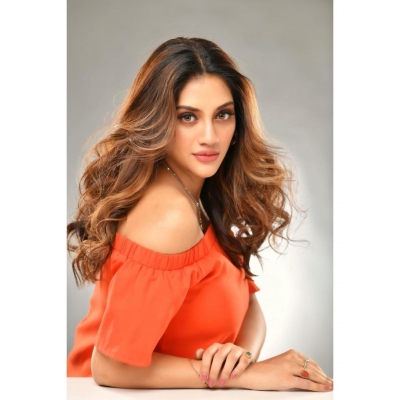 According to a medical bulletin issued by the private hospital in south Kolkata where Jahan is admitted, both the child and the mother are doing well.

Jahan, who was admitted to the hospital on Wednesday night, gave birth to the child via C-Section surgery at around 12.45 p.m. on Thursday.

Nusrat’s rumoured boyfriend, actor Yash Dasgupta, said that both of them are well.

“For those who have been enquiring about Nusrat’s health, the mother and child are healthy and doing well,” he said.

In an Instagram post shared on Thursday morning, the actress had shared a photograph of herself with the caption: “Faith Over Fear #positivity #morningvibes.”

Though Nusrat did not officially confirm her pregnancy or talked about it on social media, she had shared pictures with her baby bump in June and even photos of a pregnancy-themed cake, sent to her by her friends.

Earlier this year, the actress had courted controversy after she claimed that her marriage in Turkey with businessman Nikhil Jain in 2019 was not valid under Indian laws. Nikhil, on his part, had claimed that Nusrat had avoided his requests to register the marriage.

In a detailed statement, the Trinamool MP from Basirhat had said, “Being on foreign land, as per Turkish marriage regulation, the ceremony is invalid. Moreover, since it was an interfaith marriage, it requires validation under the Special Marriage Act in India, which did not happen. As per the court of law, it is not a marriage, but a relationship or a live-in relationship. Thus, the question of divorce does not arise.”

Mumbai– Noted Bollywood singers Alka Yagnik and Kumar Sanu will be seen as the special guests in the weekend episodes of ‘Dance Deewane’. The contestants will be performing on the 90s songs of the renowned singers. 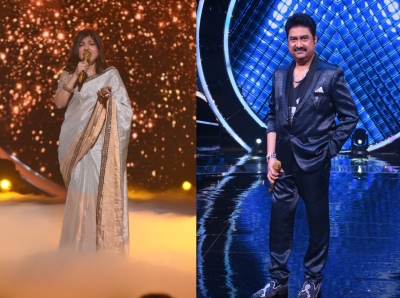 The show is judged by Madhuri Dixit, Tushar Kalia and Dharmesh Yelande.

Contestant Aman will put up an energetic ‘Charlie Chaplin’ act, which will be followed by a fun ‘jugalbandi’ between him and the guest judges where he displays his beatboxing skills, as both the singers sing ‘Mere Khwabon Mein Tu’ on his beats.

Somansh will also bring an exciting act on the table, after which Kumar Sanu catches an opportunity to flirt with Madhuri.

Another contestant Pallavi will be performing on the song ‘Aankho ki gustakhiyan’ on flute rendition by Parth to which Madhuri Dixit says, “Parth you played the flute so well and beautifully. And Pallavi your emotions were expressed perfectly.”

During the show Alka Yagnik will reveal how the popular dance number, ‘Ek Do Teen’ became a breakthrough for her as a singer. Her revelation comes after the performance of contestants Papai and Antara on the same track.

While heartily praising this performance, Madhuri says making a confession, “It would have taken a couple of years if I had to give such a performance at that time.” (IANS)