Geetika Vidya: I was told 25 is too old an age to become an actress

Mumbai– Geetika Vidya who impressed the audience and critics alike with her performance in films like “Soni” and “Thappad”, says she is content with the wisdom that she has gained by living life on her own terms, and has never been bogged down by what others advised.

Starting her career in theatre, the Delhi girl was told several discouraging and demotivating things in her days as a budding film actor.

Mumbai– Television actor Arjun Bijalni took over the kitchen to make some “egg bhurji” for breakfast but said that there’s no take two!

Arjun took to Instagram, where he shared a video of himself cooking. In the clip, he’s heard saying that he took four eggs and two egg yolks, finely chopped onions, green chillies to make egg bhurji.

He captioned the clip: “Egg bhurji … breakfast time .. Nasta ka vaasta .. did u like it ?? And mom is maharashtrian .im half Maharashtrian. Shooting nahi hai so no take 2.”

Ever since the lock down, Arjun has been keeping his fans and followers entertained by his updates on social media.

Mumbai– Stand-up comedian and actor Vir Das, who is looking forward to his upcoming web series “Hasmukh”, says performing in front of a live audience is extremely different from being in a fictional film or series.

In the show, he will be seen as Hasmukh, who works hard to bring a smile to everyone’s face.

“Performing in front of a live audience is extremely different from being in a fictional film or series. I’m back on screen playing a strange and unusual character, so I’m excited,” Vir said.

The trailer of the show was released on Friday. The series follows the journey of a young man from Saharanpur who wants to be the greatest comedian in the world. While he is a great writer, he lacks comic timing. It is a story of untamed ambition.

Talking about the role of Hasmukh, he said: “He’s super awkward, soft spoken and always mild, until he murders or gets on stage. Stand-up comedians will relate to Hasmukh’s journey — well, most of it at least. We’re all looking for innovative ways to make people laugh, but this guy takes it to the next level. The trailer should give you a sneak peek into what I’m talking about, but just wait and watch!”

Mumbai– Actor Kartik Aaryan on Friday posted a hilarious picture that shows him in his old version.

The image was created with FaceApp, which enables users to edit their own or someone else’s face to make it appear older or younger.

And it seems the coronavirus lockdown has made Kartik feel like he is growing old, going by his caption. “Ageing gracefully in lockdown,” he wrote.

He also joked, saying that it’s time to remake “Baghban”.

On the work front, Kartik will be seen in “Dostana 2” and “Bhool Bhulaiyaa 2”.

Mumbai–At a time when the world is in lockdown due to the COVID-19 pandemic, Bollywood actor Ali Fazal took time out to post a romantic post for his lady-love, actress Richa Chadha.

Ali took to Instagram, where he shared a black-and-white video clip of Richa and wrote some mushy poetry as caption.

Richa and Ali have decided to postpone their wedding, which was scheduled to take place in April due to COVID-19.

Richa and Ali, who worked together in the “Fukrey” films, have been dating for over four years. In February, they had applied for marriage registration at a court in Mumbai.

Mumbai– Actors Mrunal Thakur and Kushal Tandon cannot seem to stop gushing about each other lately. 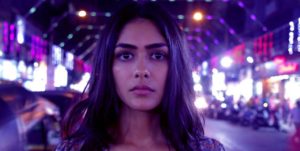 On Friday, Kushal took to Instagram and posted a lovely post for Mrunal, saying she is his soul mate.

“Mrunal , love of my life ….they say your soul mate is ur lover ….that’s wrong …… soul mate can be your bestie too….sullu this life and till eternity you will always be my soul mate baby,” he wrote.

Along with it, he posted a picture in the two are seen sharing smiles with each other.

Reacting to the post, Mrunal commented: “Kushal …blessed to have someone who annoys me to death and doesn’t value me even a bit. Still love you.”

On the work front, Mrunal, who made her Bollywood debut opposite Hrithik Roshan in “Super 30”, will be seen sharing screen space with Shahid Kapoor in “Jersey” and Farhan Akhtar in “Toofaan”. (IANS)