Mumbai– Actress Diana Penty will add more Bollywood glamour to the Lakme Fashion Week (LFW) Spring-Summer 2018 edition as she will be the showstopper for designer Punit Balana.

The Jaipur-based designer will showcase his line ‘Bagru’ at LFW on its closing day on February 4. Known for focusing on local techniques and art, Balana’s new line is in tune with the art of creating vivid and intricate prints through the use of natural dyes and traditional techniques.

“My style has always been minimal and comfort plays an important role in my everyday dressing. Punit’s collection is relaxed, yet every bit stylish – just perfect for a casual day out. I look forward to walking for him at Lakme Fashion Week this year,” Diana, who has featured in films like “Cocktail” and “Happy Bhag Jayegi”, said in a statement.

For Balana, “Diana was a perfect choice” as showstopper.

At a screening of ALTBalaji’s “The Test Case” here on Monday, Imtiaz said: “It is a very interesting thing. You can have very interesting stories on web series. It is a new world which is unravelling in front of us, and as directors, we all are excited about it. The stories which we cannot do in films due to duration, we can do here on this space.”

Imtiaz also said he is one who gives honest opinion at special screenings.

“I don’t lie at screenings. If someone is my friend, I would tell them honestly because I believe that one shouldn’t lie in a profession.”

Despite popular belief about competition between directors in the film industry, the “Rockstar” director said: “See, directors are very close to each other. They always give you the right verdict about the film. Especially my close friends… they give me the right verdict”.

Imtiaz also denied rumours that he has already begun his work on the sequel of “Jab We Met”.

“There is no sequel I am making right now. It is definitely not the sequel of ‘Jab We Met’ that I am making.”

“It was very good. It is a true blue Sanjay Leela Bhansali film… Larger than life, very aesthetic and the actors have done very well. It has an engaging story line”.

‘Blackmail’ locked for release on April 6

The film was reportedly earlier slated to hit the screens on March 30.

Produced by T Series Motion Pictures and Ramesh Deo Production, the film marks the first-time collaboration of Deo and Irrfan.

Swara Bhasker to catwalk at LFW 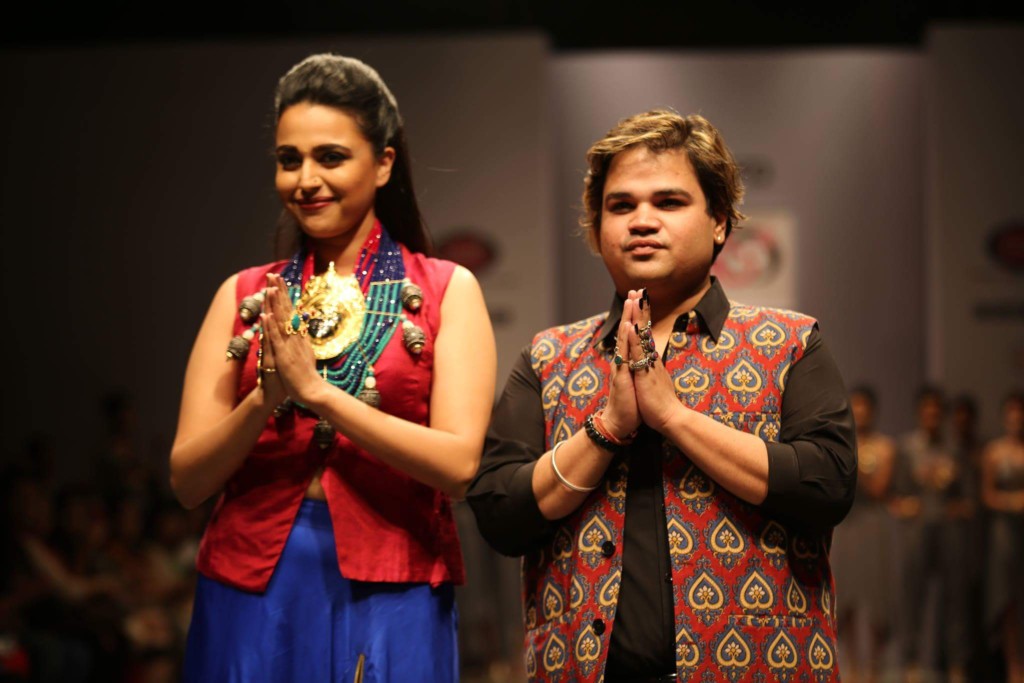 The five-day fashion week will start here from Wednesday and the “Veere Di Wedding” fame actress will make her presence felt on Day 3 and Day 5 of the fashion gala, said a statement.

Swara’s recent comment on “Padmaavat” made headlines when she, in an open letter, said that the movie glorifies Sati and Jauhar and made her feel reduced to a “vagina only”.

The actress is known for films like “Raanjhanaa” and “Anarkali of Aarah”.

Happy to be known by reel name: ACP of ‘CID’

Mumbai– As television show “CID” has clocked 20 years, actor Shivaji Satam says he is happy that the audience knows him by his screen name ACP Pradyuman more than his real name.

“We never realized that ‘CID’ has completed 20 years. It has been a great journey. We have always stayed together and spent time eating meals, shooting and hanging out together.

“At first we were colleagues when we all came together to put up this show. Now it feels like our own family. Spending so much of time together has only taught us to love and care for each other,” Shivaji said in a statement.

“We are so glad and honoured that we can still see the support our audience gives us and we are known more by our reel names that our real names. It is a great feeling and we would love to thank our friends and viewers for supporting us and the show,” he added.

The show is still going strong by telling gripping stories of how crimes are solved.

“The show will be more fun and a great experience. I feel after doing ‘Bigg Boss’, I have also prepared for ‘…Big Brother’. After watching my journey, I have calculated the dos and don’ts,” Arshi said in a statement.

“So I feel like spending some more time with strangers in ‘…Big Brother’ house and representing India,” she added.

Hosted by Bollywood superstar Salman Khan, “Bigg Boss” focuses on the reality show’s participants who give up the luxuries of life to win the title after beating co-contestants in various activities and earning votes from audiences.

Malini’s first holiday with her child

Actress Malini Kapoor, who became a mother in December last year, is excited about her first holiday with son Kiyan in Jaipur.

“It’s like holidaying after so many years. It’s a special one because it’s Kiyan’s first travel.

“Ajay (husband) is also a concerned father. I’m lucky to have two boys — Ajay and Kiyan — in my life. We are enjoying Jaipur,” Malini said in a statement.

She has featured in shows like “Y.A.R.O Ka Tashan” and “Rang Rasiya”. (IANS)