Mumbai– On International Street Children’s Day on Friday, actress-activist Dia Mirza promised to fight for children who are deprived of basic necessities and rights.

“I will fight till each one of you have your rights. I think the world needs to wake up to how incredible each one of you is and to how much talent you have. You can shine if given the opportunity.

“With Save The Children, we are going to make sure you have the right to education, the right to health care and the right to opportunity. I promise to make each one of the invisible, visible,” Dia said in a statement.

As part of the welfare programme, a first-of-its-kind cricket tournament for street children will also take place in London next month. The Street Child Cricket World Cup in London (SCCWC) aims to unite people from various nations through the powerful tool of sports.

Mumbai– Actress Neha Dhupia is excited about the upcoming season of “BFFs With Vogue”, and says it will be the “craziest, zaniest and super sassy” season.

“This season of ‘BFFs With Vogue’ is full-out madness,” Neha said in a statement.

“We’ve had such a great time shooting this season with the craziest, zaniest and super sassy BFFs from Bollywood, that the only way to compliment it would be with a promo as crazy, fiery yet full of fun,” she added.

Season three of “BFFs with Vogue” will premiere on April 27 on Colors Infinity.

“Mr Bachchan has paid Rs 70 crore tax for the financial year 2018-19,” his spokesperson said in a statement.

In the recent past, Big B also paid off loans of 2,084 farmers in Muzaffarpur, Bihar. He has also donated Rs 10 lakh to the family members of each victim of the February 14 Pulwama terror attack.

This year, he was seen in ‘Badla’. Shot largely in Glasgow, Scotland, it is a mystery thriller which also features Taapsee Pannu, Amrita Singh, Tony Luke, Manav Kaul and Tanveer Ghani. The film is produced by Red Chillies Entertainment and Azure Entertainment. An official adaptation of the 2017 Spanish film ‘The Invisible Guest’, its story follows an interaction between a lawyer and a businesswoman regarding a murder.

Big B will soon be seen in fantasy trilogy ‘Brahmastra’, produced by Dharma Productions. It is releasing this Christmas. Also backed by Fox Star Studios, the movie stars Ranbir Kapoor, Alia Bhatt, Amitabh Bachchan and Nagarjuna in key roles.

Mumbai– Actor Tiger Shroff, who has danced away to glory and performed stunts galore in the trailer of “Student Of The Year 2” (SOTY 2), says he wants to steer clear of comparisons between his movie and its predecessor.

The trailer of SOTY 2, starring Tiger with newcomers Tara Sutaria and Ananya Panday, was launched here on Friday. Comparisons with the original 2012 film, which launched Alia Bhatt, Varun Dhawan and Sidharth Malhotra, are inevitable.

Tiger said: “I do not want to compare as in which one is better. This is a different film altogether, though the world is the same… as in college, students. I have done my best to bring in what people know me for… I have sort of brought in little ‘Tigerism’ to my character.”

“I am really thankful to director Punit Malhotra for giving me a lot of scope to express myself in that manner. This is the first time on-screen in Bollywood that we are introducing kabaddi, which is interesting.”

The story of the film revolves around two college girls played by Ananya and Tara who fall in love with the character essayed by Tiger.

“I think once dad sees the song, he will be very happy. Though I did not know that it was his favourite,” Tiger said.

Mumbai– Actor Shabir Ahluwalia, one of Ekta Kapoor’s blue-eyed boys in showbiz, is upbeat about foraying into the web series space with “Fixer”. He says the platform’s short and flexible shooting duration is a major attraction.

“Fixer” is a show for Ekta’s ALTBalaji platform. Shabir will play the lead character of Jaiveer Malik in the show.

“I am very excited to be making my web series debut with ALTBalaji. Being currently involved with ‘Kumkum Bhagya’, this further extends an association with Balaji, that has been nothing short of memorable. I share a great bond with Ekta Kapoor and it feels wonderful to be working with her again in such an engaging format,” the actor said in a statement.

On the dynamic digital space, he said: “Streaming platforms are now fast growing and gaining immense popularity amongst the masses and ALTBalaji has been raising its bar with amazing content. One of the major benefits of working in a web series is that the format makes for a very short and flexible shooting duration. I hope my character, as well as the series, is well appreciated by the viewers.”

“Fixer” is a story of a tainted ATS officer from Delhi who is drawn into the murky underbelly of the Mumbai movie mafia and industrialists and ends up becoming a fixer.

Mumbai– Actress Saiyami Kher has joined the cast of the second season of “Breathe”, which includes names like Abhishek Bachchan, Amit Sadh and Nithya Menen. 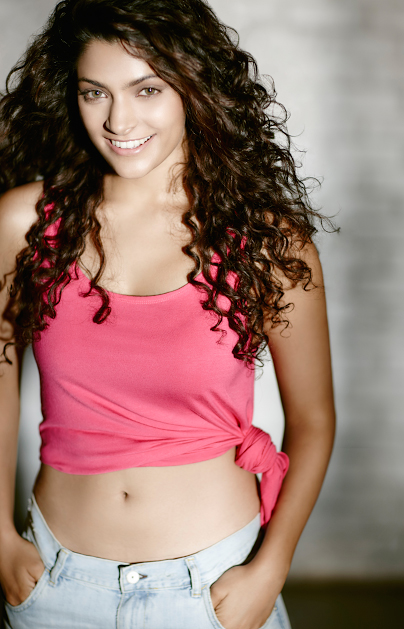 “The first season of ‘Breathe’ left me spellbound and I was overjoyed when I was offered a part in the second season. It has been an absolute pleasure to work with Abhishek, who is so much fun to be around, and Mayank, who is very clear with what he wants,” Saiyami said in a statement.

“‘Breathe’ season two marks my debut into the digital series world and I could not have asked for a better start than with Amazon Prime Video and Abundantia Entertainment,” she added.

Mumbai– Actor-singer Ayushmann Khurrana is set to connect with his fans over music as he is launching a social media contest that will see him give an opportunity to amateur artistes to jam with him.

“I always wanted to do something that combines the power of music and social media. I have come across so many talented and gifted musicians on my social media platforms and I wanted to come up with an idea that enables me to connect with them and bond with them over music.

“I have named this property Jam Sessions. It is simple and basically about artistes improvising and performing with each other. Music has always been my first love and this project is very close to my heart. I’m really excited to meet and jam with diverse and super talented artists from across India,” he added. (IANS)