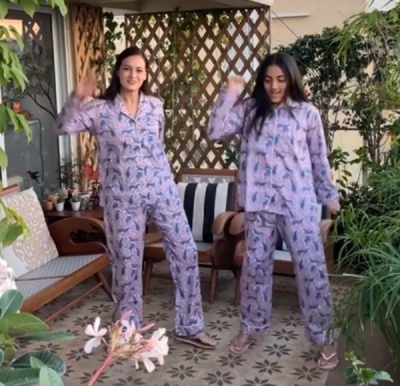 Mumbai– Actress and environmentalist Dia Mirza shared video twinning with her step daughter Samaira and dancing to a song by international singer Akon.

Dia posted a video on Instagram, where the mother-daughter duo are seen dressed in matching pajamas as they grooved on the track ‘Bananza’ by Akon.

“Be wild. Be free. Be you. May we always dance together @samairarekhi,” she captioned the video, which currently has 73,6000 likes.

Samaira is the daughter of Dia’s husband Vaibhav Rekhi and his former wife Sunaina.

Dia and Vaibhav Rekhi got married last year in a close-knit ceremony. They welcomed their first child together Avyaan Azaad Rekhi May 2021.

Mumbai– Bollywood star Hrithik Roshan, who on the occasion of his birthday unveiled his look from the action-thriller ‘Vikram Vedha’ on Monday, received praise from R. Madhavan, who played Vikram in the original Tamil language neo-noir action thriller. 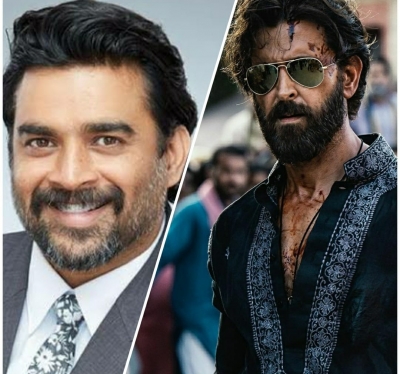 Madhavan, took to his Twitter and quote tweeted Hrithik’s tweet saying, “Now that’s a ‘Vedha’ I do want to see. Wow bro this is EPIC. Damnnn”.

Madhavan, essayed the role of Vikram, a brave and honest police inspector who is decisive about right and wrong, in the original ‘Vikram Vedha’ where he locks horns with Vijay Sethupathi’s Vedha, a criminal with an acute sense of grey shades of humans.

With Saif Ali Khan essaying the role of Vikram, the Hindi adaptation of the film is poised to become an epic battle between the two stars. The film, which also has Radhika Apte in lead role, is set for a September 30 release.

Mumbai–Tovino Thomas, who has been basking in the success of his recent Malayalam superhero film ‘Minnal Murali’, recently received praise from Dharma Productions head honcho Karan Johar, who sent a personalised text on the actor’s WhatsApp. 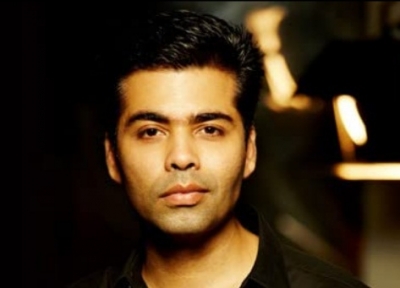 To express gratitude for the same, Tovino took to his Instagram and shared a screengrab of the message.

The message shared by Karan reads, “Hey Tovino! I finally got the opportunity to watch Minnal Murali last night and has so much fun! So smartly made and keeping the entertainment quotient right through! Was a clutter breaker superhero film! And of course you were and are incredible! Congratulations! Such a joy! (sic)”.

To which Tovino replied with a humble, “Thank you so much sir! It means a lot to us.”

Speaking about it, Tovino said, “It is always wonderful to be appreciated and ‘Minnal Murali’ proves that good cinema goes beyond geographies and powerful stories are not just viewed but loved by all.”

He added, “To play ‘Minnal Murali’ and to see our film touch so many people, globally, is still unbelievable. This is huge not just for our film but for industries, creators and talent who make cinema.”

Daksha Nagarkar: Nagarjuna and I spoke about his fascination with snakes

Hyderabad– Actress Daksha Nagarkar, who has jived for a special number in Nagarjuna and Naga Chaitanya-starrer ‘Bangarraju’, recalls the fun time she had with the Telugu stars, with whom she says she has established a special bond.

“Naga Chaitanya is my first dance partner and he is such a cool guy,” the actress revealed in a conversation with IANS. “As I rehearsed for the song, he would wait patiently until I got those moves right.” She added that they cracked jokes and bonded.

Regarding “Nagarjuna sir”, Daksha said: “I had some fun conversations with him. We even discussed his love for tattoos and his fascination for snakes.”

Talking about her number in ‘Bangarraju’, Daksha said: “It is a grand, blingy, festival song. With colourful sets and attires, it brings in the festive vibes.” The actress has previously been seen in ‘Hora Hori’ and ‘Zombie Reddy’.

She added: “I was at first reluctant to act in the song. But then, director Kalyan Krishna explained the sequence of this song and I was convinced.” And yes, she’s confident that the song will strike a chord with the audience and the movie will get the cash registers at the box-office working overtime.

‘Bangarraju’ is scheduled to hit the screens on January 14. Naga Chaitanya, Nagarjuna, Krithi Shetty and Ramya Krishna are the movie’s lead actors.

Zeeshan Khan: I enjoy embracing my madness like Ranveer Singh

Mumbai– ‘Kumkum Bhagya’ actor Zeeshan Khan reveals about connecting with Bollywood star Ranveer Singh when it comes to the personality he pursues. 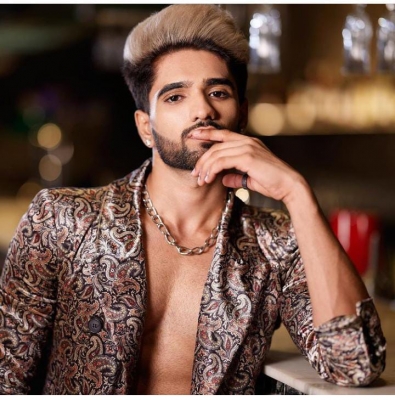 He says: “Ranveer is always in the limelight for his bold fashion choices and red carpet looks, He has fun with his fashion image and gets noticed all at the same time in the situation or the screen. I connect with him to be real and funny who actually I’m in real life, nothing to fake for camera. Like he does not shy away from his out there behaviour, totally comfortable in his skin. I also enjoy embracing my madness like Ranveer.”

Zeeshan, who was also seen as a contestant in ‘Bigg Boss OTT’, shares how Ranveer Singh’s ‘Band Baaja Baaraat’, inspired him to look for a career in showbiz.

“I remember watching Ranveer in ‘Band Baaja Baaraat’. And reading his interviews made me think about a career in showbiz. His larger than life personality has really inspired me a lot. I’m all influenced by his excellent acting skills and ability to make most movies a hit, there is a lot to learn from him. However, I actually relate to him in many ways like how under the rugged looks and oodles of fun he brings to the screen, lie some very strong principles on the way we can live a fun filled life.”

Mumbai– The trailer of ‘I’m Not Done Yet’ – star comedian and TV host Kapil Sharma’s maiden special comedy show – has been launched by Netflix on Monday. 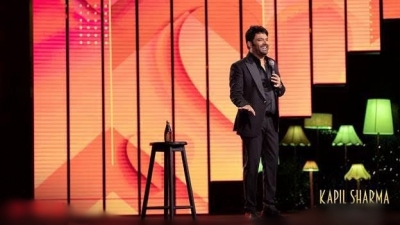 With the trailer of this upcoming Netflix stand-up special, Kapil will be seen talking about his desire to keep reinventing himself, pushing his creative genius and openly admitting that “He’s Not Done Yet”.

He is seen reminiscing about his past, opens up about his family, his social media missteps and his love for music and theatre, all while he entertains us.

Kapil mentions in the trailer, “I feel I’m not done yet, these words go really well with my life.”

“Abhi kay liye itna hi, par picture… sorry, special abhi baki hai mere dost (That’s it for now, the special is yet to come my friend) as Kapil brings his raw charm and his unfiltered, true self to fans like never before. Bhulna matt (Don’t forget), January 28 – only on Netflix.”

The stand-up special is produced by Banijay Asia and BeingU Studios. (IANS)