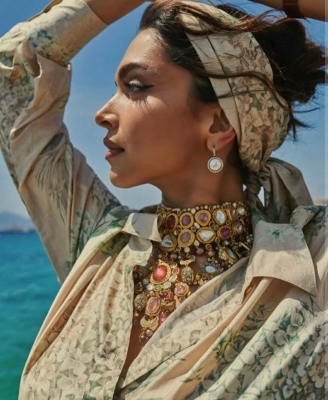 New Delhi– Deepika Padukone wowed the world with her Boho look during the opening-day photocall of the 75th Cannes Film Festival jury on Tuesday.

Very different from the formal monochromatic look of the other seven members of the jury, Deepika stood tall in flowing lime green pants and a beachy shirt embellished with floral designs, all from fashion designer Sabyasachi Mukherjee’s Tropic of Calcutta collection, as we were informed by her stylist Shaleena Nathani, complemented by a printed headband, chunky bejewelled necklace and jaunty heels.

Earlier on Monday, Deepika, a regular at Cannes since 2017, shared a video on her Instagram handle saying that she had landed in French Riviera. In the video, she gave a glimpse of Cannes and talked about her 11-hour flight from Los Angeles.

Immediately after landing, she showed up for the festival-eve dinner at Hotel Martinez in a sequined rainbow-hued Louis Vuitton dress and brown high boots

Kajal Pisal speaks out against homophobia: Everyone has the right to live life as they wish

Mumbai– On International Day Against Homophobia, Transphobia and Biphobia, ‘Sirf Tum’ actress Kajal Pisal said everyone has the right to live a life they wish to and feel beautiful. 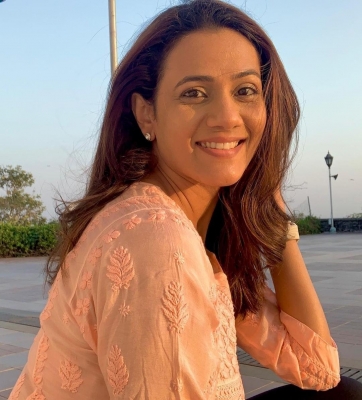 The International Day Against Homophobia, Transphobia, and Biphobia exists to raise awareness of the realities of the LGBTQ+ community’s lives and to help erase these phobias through understanding.

She says: “While there has been a growing movement among the LGBTQ+ community to be heard, to be legitimized, and to be accepted as the diverse and wonderful human beings they are, there is nothing new about their struggle. It is our responsibility to welcome and accept every human heart without discrimination. I feel that the struggle isn’t just about being straight or gay or transgender as it’s a human struggle. Everyone has the right to live the way they wish to and feel beautiful.”

The actress is also known for featuring in shows like ‘Bade Achhe Lagte Hain’, ‘Saath Nibhaana Saathiya’ and ‘Naagin 5’, among others urges to help individuals to feel protective about their gender.

She adds: “As a member of the society it is all our duty to help individuals to feel nothing taboo about their gender and be proud about themselves. As the third gender are equally natural like male and female. I request if you have a member of your family who’s a member of this community you must try to reach out to them and let them know that you’re there to support them and that you can be a safe place for them.”

Mumbai– Debutante Manushi Chhillar has revealed that she got stuck in a sand-storm in the deserts of Rajasthan while shooting for an important scene of her maiden film ‘Prithviraj’ starring Akshay Kumar. 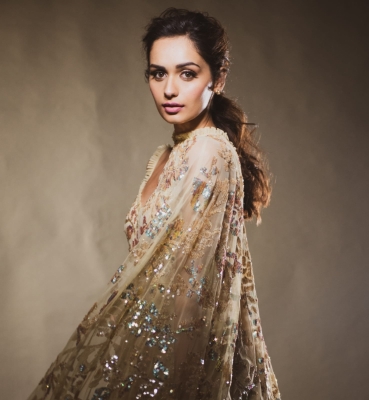 A portion of the big screen spectacle,’Prithviraj’, has been shot in Jaisalmer, in the middle of the Thar desert. One day, while shooting, the crew had to evacuate urgently because of a mighty sand-storm but Manushi, unfortunately, got stuck in the middle of it.

Manushi recounts: “I was on top of a sand dune and the crew had to shoot me from below. I could see them motioning to me, trying to say something but I couldn’t hear anything. I could see them waving and shouting but the voice didn’t carry and I thought that they were talking about the scene. Suddenly someone from the choreography team just pushed me down, and I literally rolled down the sand dune and they caught hold of me!”

She adds, “It was a little scary when the sand-storm blew over us, with vans shaking and a black out. I was whisked off to my vanity van and we all took cover! We did resume shooting after some time but it was a strong sand storm!”

‘Prithviraj’ has been directed by Dr. Chandraprakash Dwivedi, who is best known for directing the television epic ‘Chanakya’ and the critically acclaimed film ‘Pinjar’.

The film is set to release on June 3 in Hindi, Tamil and Telugu. 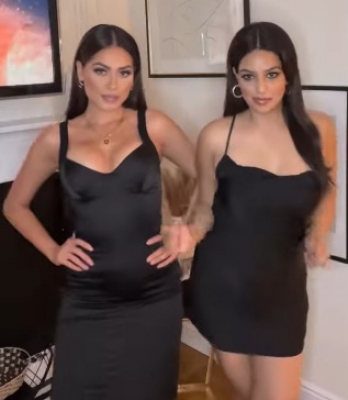 Andrea shared the video on Instagram. In the clip, the two beauty queens are seen twinning in a black bodycon dress. Andrea and Harnaaz even sported the same smokey eye-make up and nude lips for the video clip.

The video currently has over 143,000 likes and over 1 million views on the platform.

It has been produced by Tainy, who has earlier churned out hits with Bad Bunny, Shawn Mendes, Camila Cabello, Anuel, and Daddy Yankee.

Katrina to hubby Vicky: You make everything better

Mumbai– As it was Bollywood heartthrob Vicky Kaushal’s birthday, his ladylove and actress Katrina Kaif shared a loved-up post for her husband on social media. 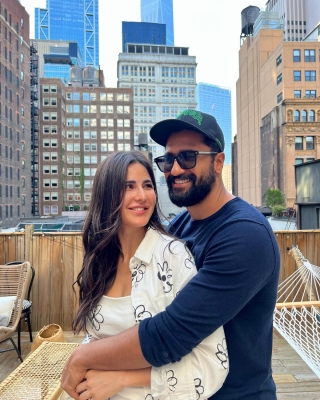 Katrina took to Instagram, where she shared two pictures posing with Vicky from their holiday in New York. In the first image, he is seen hugging his beautiful wife, while in the second he’s seen lightly kissing her in a romantic manner.

Vicky also shared a string of pictures from his birthday celebrations and thanked everyone for the love-filled messages sent to him.

“Swinging into the new year with my favourite people. My heart’s filled with utmost joy and gratitude. Thank you everyone for sending me all your love and warm wishes. Pyaar pyaar aur bahut saara pyaar.”

On the work front, Vicky has the untitled Laxman Utekar movie, the Sam Bahadur biopic by Meghna Gulzar, and the comedy film ‘Govinda Naam Mera’ in his kitty.

Mumbai– Bollywood actress Shilpa Shetty had an emotional moment at the trailer launch of her upcoming film ‘Nikamma’. 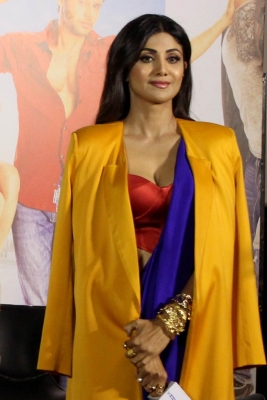 As Shilpa arrived at the event to celebrate her return to theatre and films after 14 years, a special message from her mother was played on the big screen.

Shilpa was teary-eyed and overwhelmed as she saw the video message from her mother. The actress also expressed her gratitude towards the director of the film Sabbir Khan for breaking her ‘vanvaas’ (exile).

Speaking on the sidelines of the trailer launch, she told media, “The script was so compelling that it pushed me out of my comfort zone to strive for excellence. I was really rusty having been out of touch from films for a long time but the director convinced me that he will extract an amazing performance from me.”

She bowled a googly when she asked her fans not to visit the theatres to watch the film, “If you’re going to watch Shilpa Shetty Kundra in this film, please don’t flock to the theatres.”

She continued after a dramatic pause, “Instead, go for my character Avni and my performance. The best compliment you can give to an artiste is to love their work.”

Mumbai– Bollywood actor Abhimanyu Dassani, who’s gearing up for the release of his upcoming film ‘Nikamma’, spoke about his experience of working on the film with his co-actor Shilpa Shetty, at the trailer launch of the film. 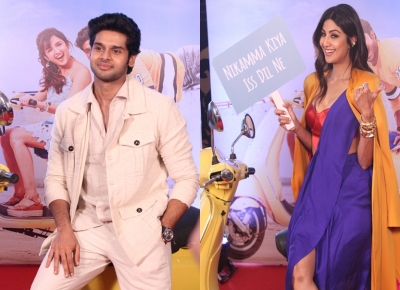 The actor shared that Shilpa, who makes her comeback after 14 years with the film, lifts up the mood of the place the moment she walks in. He told the media, “Even after all these years, she has a childlike curiosity towards her work which is something I really appreciate and wish to cultivate for myself.”

He further said, “We both jammed on fitness. I had to gain ten kilos for the film,” to which Shilpa interjected by joking, “kitna khata hai ye (how much does he eat!).”

Sharing what he has learnt from Shilpa when it comes to fitness and diet, Abhimanyu said that he has learnt to enjoy every meal, “During the filming we had a blast as we went around the city of Lucknow and gorged on local delicacies from Sunday to Friday.” (IANS)