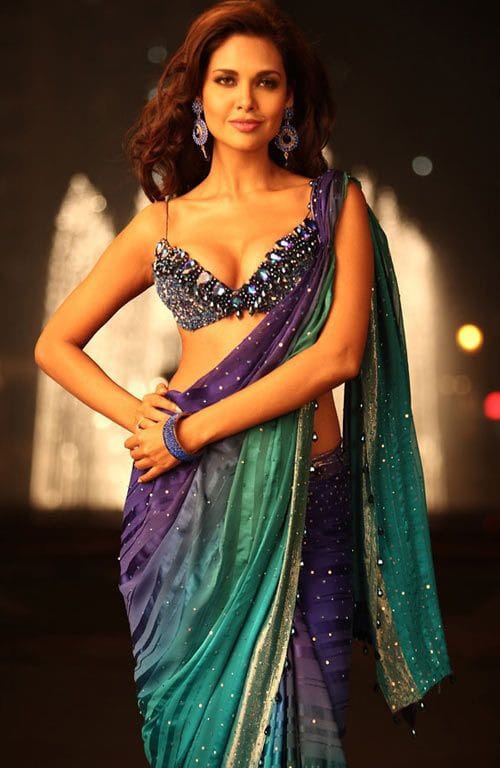 Big B conveys gratitude to well-wishers for blessings, love and prayers

Mumbai–In his latest tweet, Amitabh Bachchan has expressed gratitude to fans and well-wishers for their blessings, love and prayers.

He mentioned how he has been receiving good wishes and prayers on “all possible social media”, adding that hospital “protocol” was “restrictive”, so he couldn’t say more.

“T 3596 – I receive all your blessings and love and prayers for our well being .. on sms, on whatsapp, on insta on Blog .. and all possible social media .. my gratitude has no bounds .. Hospital protocol is restrictive, i cannot say more .. Love,” tweeted @SrBachchan.

Mumbai–Actor Namit Das has shared the experience of playing a cop for the first time in his latest digital series, “Mafia”.

Sharing a photo that shows him in khaki, he posted on Instagram: “This was right after the first shot that I gave for #MAFIA as Nitin Kumar. Having never played a cop there was something undiscovered that I felt after i wore this uniform. I felt proud. There was a certain sense of responsibility. And all of this by just wearing the costume; playing a character that I will live only for the days that we were shooting. I look beyond and salute the work of all those who protect us.”

“Policemen, Army, Airforce, Naval for whom I am sure it goes beyond the uniform. It’s not a character they play. It’s the life they live & the life they know. A sense of gratitude descends. It’s their sacrifice which knows no boundaries. Probably the reason why I live, I breathe & can think about a future. Thank you @birsadasgupta @rohan_ghose & @aritsen07 for letting me live Nitin. It did give me a flavour of what responsibility can feel like. In the politics of humanity we often forget the people who are most important. My sense of gratitude towards those who really matter,” he wrote.

“Mafia” is about six college buddies who reunite for a bachelorette party that turns into a game of whodunnit as the past returns to haunt them.

In the psychological thriller, Namit plays Nitin Kumar, a Dalit from Bihar, who enters the police force to fight against the injustice meted out to his community.

Mumbai–The last few months when the nation was experiencing a Covid-19 induced lockdown, have been an “emotional roller coaster” for actress Esha Gupta.

Esha opened up on her state of mind in an Instagram post and also revealed what she does when she feels negative. On her verified Instagram account, she shared a photo where she can be seen performing yoga.

“Yoga is not a workout, it’s a work-in– Does anyone else feel they lose their pose balance if emotionally not in the right place? ‘Yog’ is a prevedic Indian practise which is a combination of physical mental n spiritual self. Hence personally am not a fan of the western version of yoga where it’s taken as a mere exercise, but the fact that it’s origin meant more about aligning our whole inner self.”

“I know, this year has shook us all, but it even woke us. Whenever m feeling negative, I try and focus on all the blessings I still have. By god’s grace if you have a roof above your head, food to eat, family that loves you and is healthy, you are already blessed by god.”

“These 5 months have been an emotional roller coaster for me, for all of us, but I always pick myself up, and yoga has been my reason for that. Be loyal and consistent, everyday try and be a better version of yourself. Don’t think you are in a rat race. We all have our different paths, find yours with self love and positivity,” shared the actress on Instagram, adding a piece of advice for those who are feeling low in the current situation.

On work front, Esha was last seen as a police officer in the web series “REJCTX2”.

Mumbai–Actress Shraddha Kapoor recently crossed the milestone of 50 million followers on Instagram, and to thank her fans for all the love, she shared handwritten notes in Marathi, Hindi and English on Thursday.

Her note in English read: “To all my dearest sweetest, gems, babudis, fan clubs, and well wishers. I’ve been going through all the videos, edits, and posts that you have made with a much love and I’m so so so overwhelmed and humbled! I am here because of you all. I wish you all lots and lots of love right back along with happiness and peace. Please take the best care of yourselves, spread kindness and keep shining bright. Thank You, Thank You, Thank You! 50 Million Times.”

Shraddha’s feed has everything from fashion to fun to behind-the-scenes slices from her film shoots, and more.

Being an environment activist as well, the actress often uses her social media platforms to urge her fans to do their bit for animals.

On the film front, she will next be seen in Luv Ranjan’s upcoming directorial alongside Ranbir Kapoor.

The romantic track has been sung and composed by Darshan, and its lyrics are penned by Youngveer.

“I am glad that ‘Ek tarfa’ has generated such a positive response. It’s become a tradition of sorts to release a song during the monsoon season and so far it’s been extremely fruitful,” said Darshan.

“My fans have always been extremely supportive and it pushes me to work harder to create better music. Journey of ‘Ek tarfa’ has just begun and I hope it gets all the love it can from music lovers across the globe,” he added.

In the past, he had sung singles like “Hawa banke” and “Baarish lete aana”.