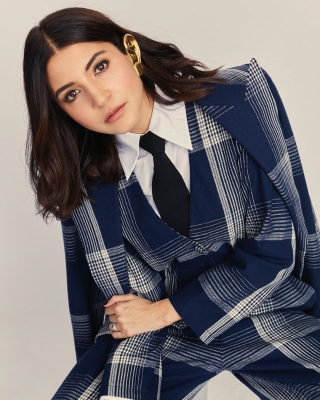 Mumbai– Actress Anushka Sharma has started prepping for her comeback film ‘Chakda Xpress’, where she will be seen playing woman fast bowler of India Jhulan Goswami.

“If you closely follow Anushka’s social media, you will see that she is constantly putting up content related to working out. So, just to let the cat out of the bag, she has started prepping to play Jhulan on screen. She plays a cricketer in the film and while Anushka has always been one of the fittest actresses in Indian cinema, she will need to tailor-make her workout to achieve the kind of body and fitness level she needs to play Jhulan effectively,” informs a trade source.

The source added: “Anushka Sharma has given us memorable female protagonists in Indian cinema. Her magnificent body of work shows how she has given audiences some of the most incredible leading ladies in Indian cinema in films like Sultan, NH10, Band Baaja Baaraat, Pari, Phillauri, PK, to name a few. She is also known to transform herself for films and Jhulan is a film that will give us a chance to see a vintage Anushka performance.”

“Anushka doing a film on women’s cricket is exciting from the very onset and the fact that the makers are trying to make it the biggest sports film inspired by a female sporting icon in scale and canvas, makes things all the more exciting!” informs the source.

‘Chakda Xpress’ is tracing the glorious journey of one of the fastest female pacers in the history of world cricket, Jhulan, as she moves up the ladder despite the countless hindrances posed by misogynistic politics to fulfil her only dream — to play cricket.

Burying the hatchet, Kangana keen to have KJo on her celebrity show

New Delhi– Bollywood actress Kangana Ranaut reveals her wish list of the contestants whom she wants to host on the fearless reality show ‘Lock Upp’ during its trailer launch in the capital. 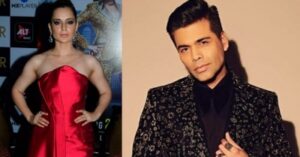 Kangana takes a few names whom she wants to put inside the jail. She first took the name of Karan Johar, then television czarina Ekta Kapoor and megastar Amitabh Bachchan.

“There are a number of people in the entertainment industry who deserve to be in my jail. And in my lock up, my favourite cast will be my best friend Karan Johar ji. I would like to host him. And also Ekta,” replying to Kangana, Ekta says jokingly: “Me and Karan will talk about food and will invite you inside to join us.”

Kangana continues to share her wish list, adding the name of Bollywood superstar Aamir Khan and Amitabh Bachchan: “I am a great admirer of Mr Aamir Khan, so I would like him also to be in my lock up. And I also love Mr Bachchan. Of course I can give the auditions. They are not the contestants but my wish list.” To this Ekta replies: “I love your wish list.”

Mumbai– Actress Rani Mukerji, whose mother Krishna Mukherjee was a childhood friend of Bappi Lahiri, has mourned the death of the late veteran music composer, who is popularly called as the ‘Disco King’, and said that he will always be the most iconic musical personality of Indian cinema. 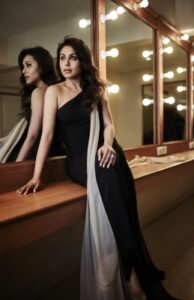 Rani said: “India has again lost one of her precious gems… Bappi uncle is and will always be the most iconic musical personality of Indian cinema.”

“His music was legendary, his versatility as a composer was unmatched,” she added.

The actress called Lahiri, who passed away aged 69 in a hospital in Mumbai, “a truly self made man, a great son to his parents, a wonderful husband and a great dad.”

Rani shared that Lahiri’s death is a loss for her family.

“My Mum and Bappi uncle were childhood friends from Calcutta. It’s a personal loss for our family… My mother is devastated.”

She added: “While the whole world mourns his loss, I can’t help but think of all the memories I have of him from my childhood. Will miss him dearly. His smiling face and kind personality will always be a happy memory.. I pray that Chitrani Aunty, Rema, Bappa and the entire Lahiri family finds strength to go through this loss. It’s too sad. He went too soon. Bappi uncle rest in peace. The heavens have earned an angel today!”

Mumbai– Bollywood superstar Madhuri Dixit talks about the disadvantages of fame on ‘The Kapil Sharma Show’. She is appearing as a special guest to promote her web series ‘The Fame Game’ with co-actors Manav Kaul, Sanjay Kapoor, Lakshvir Saran and Muskan Jaferi. 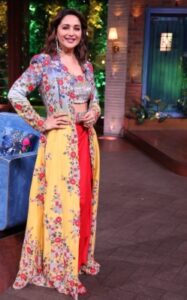 Host Kapil Sharma spoke about how fame brings in a lot of happiness but with it come certain disadvantages as well.

Madhuri Dixit agrees to it and gave an example by recalling a incident: “A switchboard wasn’t working in my house and the repairmen were called home. Unfortunately, I was home that day. To repair a small switchboard, four repairmen came along! What’s more, a fifth guy also trotted in after these four.”

Elaborating further, Madhuri went on: “They came and said, ‘Which switchboard needs repairing?’ to which I pointed saying, “This one”. They first smiled at me and said to the other, ‘Kholo!’ (open it) so a person came and opened the board. Then the guy said, ‘Dekho’ (see), a third person popped up and began looking inside.

“Then he called another person and said, ‘Theek karo’ (repair it) and the fourth guy started repairing. After they repaired the switchboard I said, ‘Okay now you can go, it’s all good now.’ They smiled again and left but one man was left behind. I asked him, ‘What happened? Are you not leaving with them?’ he said, ‘Kahan? Hum inke saath nahi, hum toh aapko dekhne aaye the!’ (Where? I am not with them, we just came to see you!)”

Manav Kaul also joined the conversation and shared his own experience: “I feel that when we go back home, like I belong to Indore and often go to meet my mother, my sister-in-law and my brother. So, a lot of people come to visit and I have to sit and watch their kids talents. You have to listen to all of their poems, watch all of their dance performances and you have to praise all of them and say, ‘Waah waah, very good!’.” (IANS)