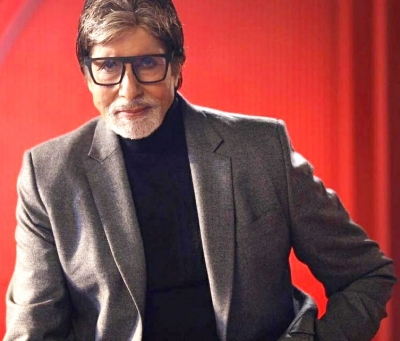 Mumbai– A new series called ‘The Journey of India’, voiced by megastar Amitabh Bachchan, will have its OTT release on October 10.

The show will commemorate India’s tapestry of heritage, innovation and contemporary marvels that have paved the way for cutting-edge advancement.

Spanning a wide range of subjects, this one of a kind series provides an in-depth look at the nation’s progress, influences and accomplishments during the past 75 years; from technological advancements, successful space missions, the world of cinema, fascinating stories of faith found across the length and breadth of the country to a diverse food culture.

The show will weave a story with an extensive collection of historical footage, it will also have inputs from a stellar line-up of respected personalities and subject matter experts.

‘The Journey of India’ will premiere in India on Discovery Channel, TLC, Discovery Science, Discovery Turbo and DTamil on October, 10.

Chennai– Ajith Kumar’s upcoming action thriller, which is being directed by H. Vinoth and was tentatively called AK61, has been titled ‘Thunivu’, its makers announced on Wednesday. 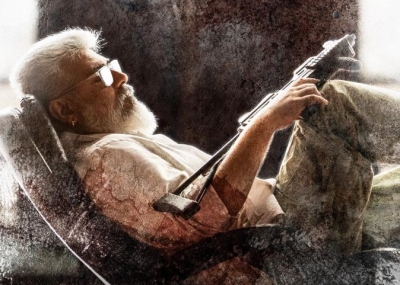 The first look poster of the film, which also had the title of the film on it, has Ajith relaxing on a chair with a semi-automatic weapon in his hand. The title has the tagline, ‘No Guts, No Glory’.

The film, which is a Boney Kapoor production (just like ‘Valimai’, another Ajith Kumar-Vinoth collaboration), has a plot that revolves around a bank heist.

Interestingly, the unit had erected a giant set resembling Chennai’s popular landmark Mount Road in Hyderabad where certain important scenes of the film were shot in its previous schedules. Just one more schedule of shooting is left.

After the last schedule, Ajith is expected to move on to his next project, which is to be directed by Vignesh Shivan.

Soundarya Rajinikanth on her son: Best gift of the year from God

Chennai– Tamil director Soundarya Rajinikanth, who was inundated with birthday wishes on Tuesday, thanked all those who greeted her and said that God has blessed her this year with the best gift, her child Veer. 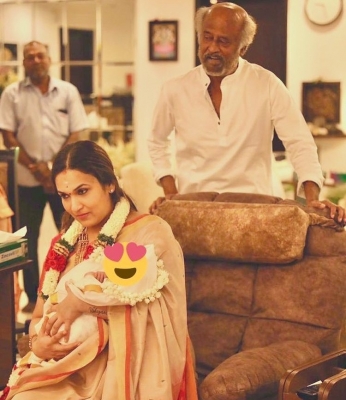 Taking to Instagram to thank all those who wished her on her birthday, Soundarya, who posted a picture of her dad Rajinikanth standing behind her, said, “To every person who took time to wish me on my birthday yesterday, thank you so so so much.

“The Gods have blessed me with the best gift this year, my Veer papa. And having this amazing God’s child behind me always, life is a true blessing!!!”

The youngest daughter of the superstar had only 10 days ago announced that she had given birth to her second son, whom they have named Veer.

She had said, “With God’s abundant grace and our parents’ blessings… Vishagan, Ved and I are thrilled to welcome Ved’s little brother Veer Rajinikanth Vanangamudi today 11/9/22. A huge thank you to our amazing doctors Sumana Manohar, Srividya Seshadri.”

With 12-hour working days, Big B gets to meet Aaradhya only on Sundays

Mumbai– Megastar Amitabh Bachchan was questioned by a 20-year old ‘Kaun Banega Crorepati 14’ contestant and content writer Vaishnavi Kumari on how he gets time to spend with his granddaughter Aaradhya Bachchan. 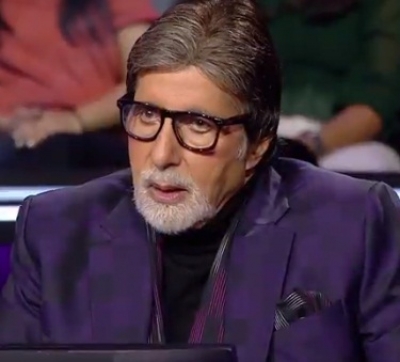 During a conversation with Dehradun-based Vaishnavi, he talked in detail about his bond with his granddaughter.

He make sure to take out time for her on Sunday and he mentioned that: “When she is free on Sunday, I play with her for some time.”

And he also added that when she gets angry, he gives her chocolate and hair bands. She loves pink colour and so he gives her pink hairbands.

The contestant also added to the conversation and told the host that she is planning to prepare for IAS and with her winning amount support her family.

Vaishnavi Kumari will be taking the hotseat on ‘Kaun Banega Crorepati 14’. The quiz-based reality show airs on Sony Entertainment Television.

Chennai– Actress Varsha Bollamma, who has acted in several critically acclaimed films in Tamil and Telugu, on Wednesday chose to have some fun with her followers on Instagram by putting out a video clip in which she was seen asking “tough questions” and also answering them. 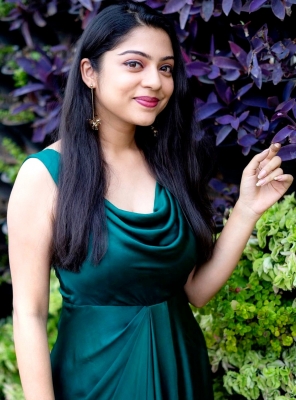 Taking to Instagram, the actress wrote: “After years of research, I bring to you the toughest questions to crack.!! #DontHate,” and posted the clip.

Some of the questions she asked and answered in the clip included: “What did one volcano say to another?”

“What do you call a honey bee that is from the United States of America?

“What do you call an ant that will never leave you no matter what you do?”

“What do you call a honey bee that is not sure?”

“Which sweet is never on time?”

“ChocoLATE, cos it is always late.”

On the work front, the actress will next be seen in the Telugu film ‘Swathimuthyam’, which is scheduled to hit screens on October 5. (IANS)