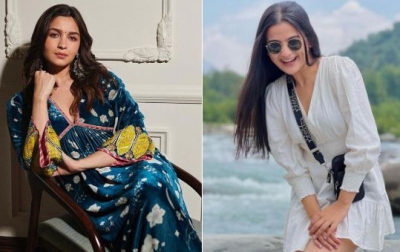 Mumbai– Debutante Celesti Bairagey got her breakthrough on the small screen with the forthcoming show ‘Udti Ka Naam Rajjo’ after one of her videos went viral on the social media.

Hailing from Assam, Celesti, who has a following of over 400,000 on Instagram, recreated a scene from Alia’s film ‘Gangubai Kathiawadi’. She was compared with the actress for her uncanny resemblance.

The 23-year-old Assamese actress said: “Initially, there was no direct communication for approaching me. My social media account is managed by a third party. So, a casting agency contacted that organisation, and they communicated their offer to me. They provided me with a script and I called back the creative team to get the gist of the character.”

She said that for the first time to shoot for this show, she moved out of her hometown.

“I recorded and sent them my monologue as a self-test. After a couple of days, I got a call saying that I have been selected for the screen test. This is my first time ever being out of Assam. This is a very big opportunity for me, and I am extremely grateful and excited to be a part of ‘Udti Ka Naam Rajjo’.”

The daily soap is about a young girl Rajjo, who wants to be an athlete and Arjun, motivates her to pursue her dream.

‘Udti Ka Naam Rajjo’ is all set to start from August 22 on Star Plus. 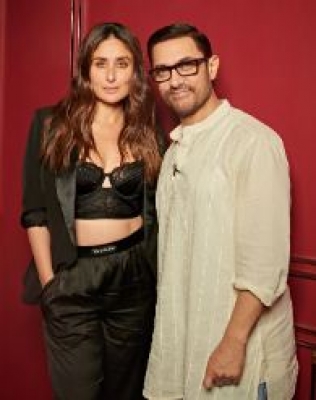 In an all-new segment, actor trolling actors, the latest episode of the show saw Aamir and Kareena ask each other candid questions exploring their unknown side.

Aamir made Kareena share a slice of her experience working with the actor.

Aamir revealed that he has never stopped himself from appreciating things that are already perfect, like Kareena.

“I am a perfectionist, but she is perfect,” shared the star with a big smile.

Akshay Kumar on his sister Alka: She is much better than me

New Delhi– As his film ‘Raksha Bandhan’, is all set to hit the screens, Bollywood star Akshay Kumar in a candid conversation spoke about his sister Alka Bhatia. He makes no bones in agreeing to the fact that “sisters are the best” and said that his sibling is much better than him even as a person. 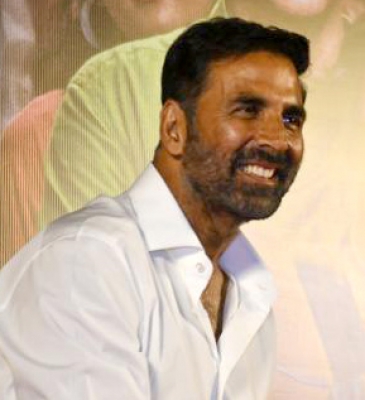 Known for not speaking much about his personal life, Akshay in a conversation with IANS talked about what a brother-sister relationship means to him personally.

“There is no one who can love you more than your sister.”

Talking about his own sister with a heart full of love and joy, Akshay said: “Sisters are the best and I agree, because when I see my own home I would say that my sister is much better than me as a person also.”

‘Raksha Bandhan’ is all set to release on the day of Rakhi celebrations on August 11. The festival of Raksha Bandhan or Rakhi is celebrated between brothers and sisters.

The film, directed by Aanand L. Rai, talks about just that!

Akshay says: “This movie is you can identify this character and what is happening with the character and the film with your own personal life. So the identification of this whole film is very strong because everyone has siblings, if not then they have cousins and so I like to say just one thing that this film is my career’s most beautiful film. I saw the movie so my expectation with the film…”

Akshay shared that he does not know how the film would do at the box-office, but is sure that it will leave an imprint in the audience’s minds.

“I don’t know what the business is going to be like but this film is going to appeal to a lot of people’s personal and family life and a lot of changes will happen. I said the same thing when I did ‘Toilet: Ek Prem Katha’. So, lot of changes happened with toilets then there was ‘Padman’. It became an open topic to talk about sanitary pads which is an important aspect.”

Mumbai– Thirteen years after the release of his blockbuster ‘3 Idiots’, Bollywood superstar Aamir Khan, who shot for the film in IIM Bangalore, will be seen revisiting the institution once again. 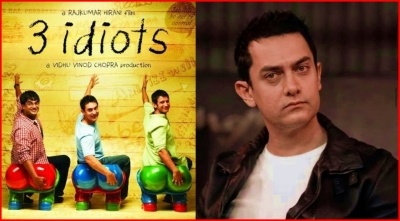 Aamir has been invited for a special talk at IIM Annual International Summit Vista. He will be interacting with the students and will be talking about ‘Facets of Management in Films and Life’.

Aamir is currently gearing up for the release of ‘Laal Singh Chaddha’, which will hit the screen on August 11. (IANS)