Alaya F sets the floor on fire with dance moves

Mumbai– Bollywood actress set temperatures soaring on Thursday with her dance moves on the title track of Kalank.

Twinkle toes Alaya posted a video of her dancing on Instagram. Alongside the clip, she wrote: “Decided to make a dance reel on one of my favourite songs!?? hope you guys enjoy this so all the bruises on my leg today are worth it. Choreographed by (and dancing with me): @utkarshc21 #kalank.”

Taapsee has a ‘flare in hair moment’

Mumbai– Actress Taapsee Pannu has shared a picture flaunting her perfect curls in a new post on social media.

Taapsee posted a picture from the sets of her upcoming film “Rashmi Rocket” on Instagram. In the image, the actress is seen in a grey sleeveless T-shirt paired with jeans. Her hair is flowing.

“Head Turner or …… a head Turner. The flare in the hair moment… #RashmiRocket #BhujDiaries,” she wrote as the caption.

In “Rashmi Rocket”, Taapsee plays a runner from the Rann of Kutch who fights for her identity and becomes an athlete. Priyanshu Painyuli plays Taapsee’s husband in the sports drama helmed by Director Akarsh Khurana.

Taapsee recently concluded the Jharkhand schedule for the film and her next schedule is in Bhuj .

Amit Sadh: Sitting on a wheelchair no less a challenge

Mumbai– Actor Amit Sadh says sitting on a wheelchair for his role in the upcoming web series Jeet Ki Zid made him realise the struggle of people who live with such a reality in life.

“Sitting on a wheelchair is no less of a challenge. Being restricted to a chair and having no sense of walking free, is something I could’ve never imagined. You almost become either invisible or way too visible to the sympathetic eyes,” Amit said.

“I cannot imagine the pain people might be going through, but for me sticking to a wheelchair for all that while really made me think of how people struggle around in those. My respect for them has escalated,” he added.

The series Jeet Ki Zid follows the true story of Special Forces officer Major Deep Singh who was left paralysed waist below during the Kargil War, but his relentless attitude helped him bounce back in life. Amit Sadh is cast as the protagonist while Amrita Puri plays his wife.

‘Shikara’ actress Sadia Khateeb: Being an outsider I have to be choosy

Mumbai– Actress Sadia Khateeb, who made her Bollywood debut with Shikara last year, says she is taking extra care while choosing her next projects as she belongs to a non-film background and does not have a mentor in the film industry. 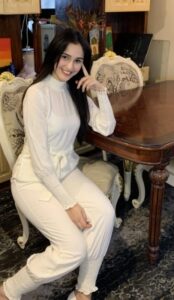 “I have to be choosy. If today, a film script comes to me, I have to think 10 times because I can’t do just anything. During lockdown, I remember a film offer came my way and I wasn’t sure about saying yes to it. I was told by close friends that ‘you will be remembered from your last film, so whatever you are going to choose, be wise’, because nobody will remember I did well in ‘Shikara’. Whatever you choose, it has to be better than or at par with your last film,” she told IANS.

Sadia Khateeb featured in Vidhu Vinod Chopra’s Shikara opposite Aadil Khan. The film, set against the backdrop of the exodus of Kashmiri Hindus from Jammu and Kashmir, received mixed critical response and failed to excite the box office.

Talking about her upcoming projects, Sadia said: “There are two things I am doing this year in terms of films but I am not allowed to speak about it yet. I have been getting offers for films and I have been auditioning as well. Some of them are working out and some of them are not. I didn’t expect offers to come because commercially, it (Shikara) didn’t do well, so I feel grateful about that. It’s been a balanced cycle as I am rejecting 10 things and 10 people are rejecting me.”

Kriti Sanon recalls SSR: This is how I’ll remember you, smiling like a child

“This is how I’ll remember you.. Smiling like a child! Happy Birthday Sush. I hope you are smiling and at peace wherever you are..” Kriti wrote as caption.

Kriti and Sushant featured together in the reincarnation drama Raabta, which released in June, 2017. The two actors were rumoured to be dating around the release of the film and reportedly parted ways later.

Sushant passed away in Mumbai on June 14 last year. Mourning his demise, Kriti had shared a post on Instagram a couple of days after his death.

Hyderabad– Telugu superstar Mahesh Babu has shared his fitness mantra, where he urges fans and followers to accept no limits in their regime.

In an Instagram video that he shared, Mahesh is seen doing boxed jump squats.

“Raise your game! Accept no limits. Be unstoppable! #BoxJumps #FitnessGoals @minash.gabriel,” the actor wrote as the caption.

Talking about his upcoming work, Mahesh’s next production venture is “Major”, based on the life of 2008 Mumbai attacks martyr Sandeep Unnikrishnan. Adivi Sesh portrays Unnikrishnan.