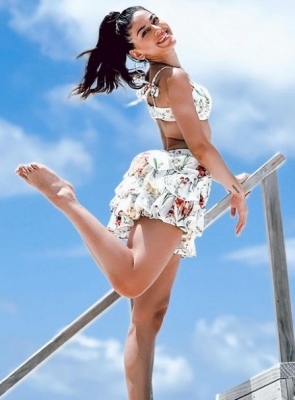 Alaya shares: “This film is very special to me and being the last day of this beautiful journey, it is just unbelievable. I am very grateful for the very lovely crew who was giving their all, every day, no matter how difficult some days were. Everyone really pulled through.”

She says that the entire team was always filled with enthusiasm for the project and we all worked together so wonderfully to make it all come together.

Alaya adds: “So much has happened during the shoot but each moment has made this film a labor of love. As this journey comes to an end, I cant wait for everyone to watch and experience the same.”

The actor began shooting for the film early last year and as the shoot came to an end, team “U-Turn” decided to celebrate on the sets.

Director Arif says: “The journey for this film has been amazing, and we are filled with emotions as we wrap our shoot today. I am extremly thankful to Ekta mam and the entire team for putting in their hard work and heart in the making of this film.”

Set against an urban backdrop, “U-Turn”, will be produced by Cult Movies, which is the new division under Shobha Kapoor and Ekta R. Kapoor’s Balaji Telefilms, which focuses to produce new age and edgy content.

In “U-Turn”, Alaya dons the character of a journalist. The film is produced by Cult Movies, a new division under Shobha Kapoor and Ekta Kapoor’s Balaji Telefilms.

Mumbai– Actress Saiyami Kher, who has collaborated with director Ashwiny Iyer Tiwari for the upcoming web series ‘Faadu’, has praised the director for sketching strong female characters in her projects. 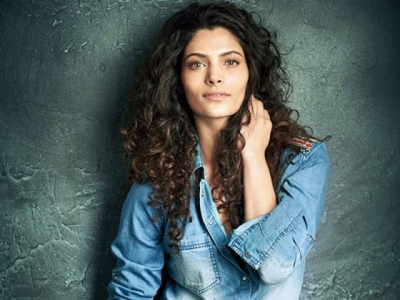 The actress feels secure because of Ashwiny’s ability to handle and work around strong female characters on screen.

Talking about her experience with Ashwiny, Saiyami said, “They say what’s meant to be, will always find a way. That’s how I feel about ‘Faadu’.

Collaborating with Ashwiny was on my to-do list. She has done spectacular work with ‘Nil Battey Sannata’, ‘Bareilly ki Barfii’, and ‘Panga’. I feel assured that I am in safe hands.”

Shedding light on the setting of the series, the actress said, “The world of this series is poetic and rooted. Ashwiny ma’am always has such strong female characters in her projects. I’m grateful she has given me the responsibility to play Manjiri.”

Saiyami also applauded the director’s sense of music: “She gives a lot of importance to small details and aesthetics. She plays with music a lot on sets, which is interesting.”

Mumbai– Bollywood actress Madhuri Dixit Nene is all set to make her digital debut with the Netflix series ‘The Fame Game’, which is slated to release on February 25. 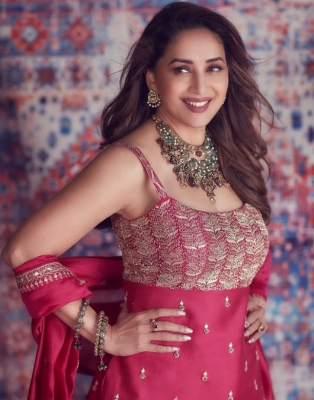 The story revolves around Bollywood icon Anamika Anand, who has it all but is her life perfect or a perfectly crafted facade.

‘The Fame Game’, formerly known as Finding Anamika, will take us into the world of superstar Anamika played by the evergreen, ever-gorgeous Madhuri Dixit Nene! Produced by Dharmatic Entertainment, the series marks her streaming debut.

‘The Fame Game’ brings together Sri Rao as the showrunner and writer and Bejoy Nambiar and Karishma Kohli as directors.

Mumbai– Actor Bobby Deol, who celebrates his 53rd birthday on Thursday, revealed his plans for the special day. Considering the ongoing situation with regards to the pandemic, the actor has decided to make the celebrations a very close affair. 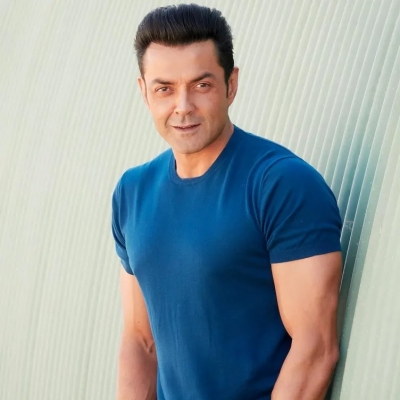 Although birthdays are very special to him, he would like to refrain from making this one a grand celebration, “Birthdays are always special to me and this year due to the current scenario (of pandemic) going on it will be more like a very closed affair. I will be spending time with my family at home and indulge in some good food together.”

Commenting further, he adds, “We are a very simple family so we celebrate too in the same way. Every year, we have a small havan at home as a ritual so, going to follow the same this year. At every special occasion, we hold a havan at home as it brings peace and prosperity in the environment around us.”

Talking about his biggest gift, he shared that for him, his biggest gift is the “love from my dear ones, that’s all I need. Anything given from the heart brings a lot of happiness to me.”

On the work front, Bobby will next be seen in the crime thriller ‘Love Hostel’ directed by Shanker Raman.

Ahan Shetty: Didn’t expect so much love for my first film

Mumbai– Actor Ahan Shetty, who made his Bollywood debut with the film ‘Tadap’, found it unbelievable receiving so much love and appreciation for his maiden movie. 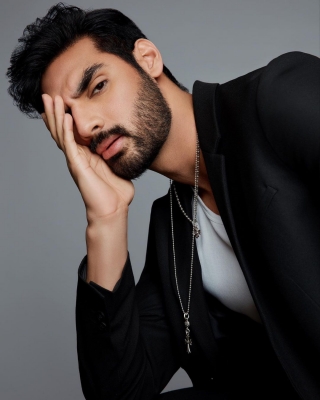 Ahan recalled the time he received a call from filmmaker Rakesh Roshan praising his performance.

He said, “In general I was completely overwhelmed, I didn’t expect so much love and appreciation for my first film. I remember the day the trailer released, Rakesh Roshan sir was the first person to call and congratulate me, he said I had a bright future ahead and that he was looking forward to seeing my film.

“That phone call was so special coming from someone who is a legend in our industry.”

‘Tadap’ also stars Tara Sutaria, Kumud Mishra and Saurabh Shukla. It follows the story of a guy hopelessly in love, who turns vindictive along the course of the film after being abandoned.

Directed by Milan Luthria, the film will premiere on Disney+ Hotstar from January 28. (IANS)