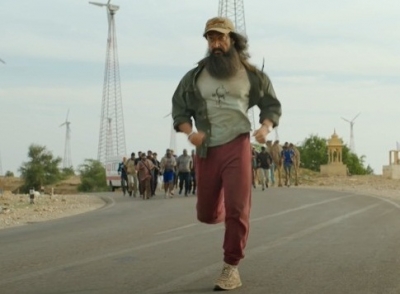 Aamir Khan injures himself while shooting for ‘Laal Singh Chaddha’

During the shooting, when Aamir started doing a long-running sequence, his knee was injured and he had to undergo physiotherapy. But still he refused to give up and took pain killers to avoid any kind of pain while he was running.

Aamir, who is referred as Mr Perfectionist, was not keen to waste a single minute as the shooting of the film already got delayed due to pandemic. And this time he was not willing to wait anymore and decided to continue the shoot of this long-running sequence. Though it was not easy for him to shoot, still he faced all the odds and tried to give his best.

In the ‘running sequence’, Laal Singh Chaddha runs for years, passing through every picturesque location in India, and achieving another milestone in his life.

Mumbai– Bollywood star Ranveer Singh, who recently appeared on the show ‘Ranveer Vs Wild with Bear Grylls’ to brave the Serbian wilderness in search of a rare flower, is being roasted by the netizens after a clip of Ranveer kissing Grylls went viral.

Many users on the Internet, expressed how Ranveer’s over-exciting personna made Bear Grylls feel uncomfortable in front of the camera. In the viral clip, one can see Ranveer saying, “Arre mere mowgli (oh my mowgli), arre mere Tarzan (oh my Tarzan)” as he lands pecks on a visibly awkward Bear Grylls’ cheeks and neck.

Pointing out the ‘Bajirao Mastani’ star’s behaviour, many people on the Internet called the act, “borderline assault”. Sharing the clip, one user wrote in their tweet, “There’s a term called “personal space.” I can see how much it’s infringed.”

While the clip is quite weird in its content, it has also sparked a meme fest with creators having a field day on the Internet courtesy Ranveer’s antics.

Jubin Nautiyal’s voice does the magic for ‘Tinka’ from ‘Hit: The First Case’

Mumbai– ‘Tinka’ – the third song from the upcoming film ‘Hit: The First Case’, which stars Rajkummar Rao and Sanya Malhotra, was released on Tuesday. 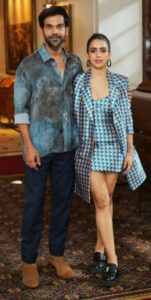 The track depicts a sense of yearning towards life as the protagonist Vikram is fighting against all odds. It evokes the feeling of hope that perches directly in the soul.

The soulful melody has been penned and composed by Manan Bhardwaj. Playback singer Jubin Nautiyal has lent his voice to the track. His voice adds to Rajkummar’s performance.

Presented by Gulshan Kumar and T-Series present in association with Dil Raju Productions, ‘Hit: The First Case’ has been helmed by Dr Sailesh Kolanu, and is produced by Bhushan Kumar, Dil Raju, Krishan Kumar, and Kuldeep Rathore.

The film is set to arrive in cinemas on July 15 where it will clash with the Tapsee Pannu-starrer biopic ‘Shabaash Mithu ‘, which is based on the life of former cricketer Mithali Raj.

Rajshree Thakur on her role in ‘Appnapan’: Pallavi is resilient, much like me

Mumbai– Popular TV actress Rajshree Thakur talks about her character, Pallavi, who is a single mother and a strong-headed personality. She is starring opposite Cezanne Khan, who plays the role of Nikhil. The duo play an estranged couple with five children. 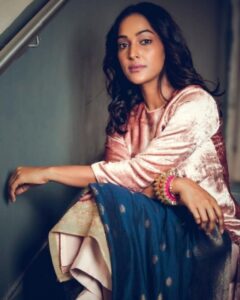 Rajshree says: “Pallavi simply inspires me. She has been through so much and is still going through so much turmoil in her life and yet, she stands with her head held high. In the narrative that viewers are watching currently, Pallavi is stuck between two worlds, and both are engulfing her: her children, the ones who went away with Nikhil, hate her; and her cafe that has been taken away from her.

The ‘Shaadi Mubarak’ actress adds that she is proud of her on screen character.

“Pallavi knows that she needs to face everything but has not lost her ground. I am proud of the way Pallavi, as a female character, has been written. She is a single mother living with three kids and her mother, separated from her husband and yet, not dependent on anyone.”

“Pallavi is resilient much like me. I just hope that the character remains strong-willed and does not let anyone sway her from her beliefs,” concludes Rajshree.

Mumbai– Actor Aadil Khan, who plays the role of a military personnel in the war drama series ‘Shoorveer’, has revealed the intense prep regime behind the portrayal of his character in the show. 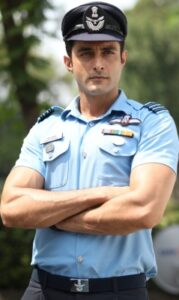 Apart from the vigorous training Aadil underwent, he shuttled through cities and countries to complete the shoot.

The actor travelled across Serbia, Delhi, Mumbai, Kashmir and completed the shoot for the series as underwent a massive body transformation for the same. He trained for action sequences for several months in order to maintain the postures of an Air Force pilot to ace the role.

He said: “I thoroughly enjoyed the prep that went behind Shoorveer. Apart from the physical transformation, I got to interact with real life heroes for the role and those moments were very special as I learnt a lot from those interactions.”

“Travelling to different locations was again quite fun and to perfect my body postures I trained with my trainer extensively for a few months. I went through months of training for the action sequences in Shoorveer.”

“Actually I have been trained by Cyril Raffaelli for action before Shoorveer started and I continued that training along with my trainer here in India.” (IANS)