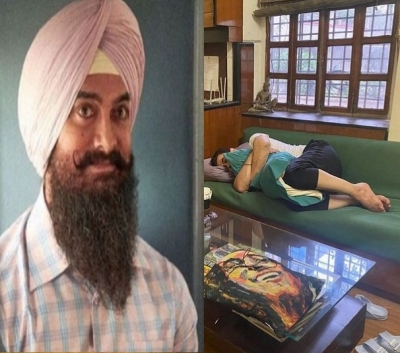 Taking to his social media, the director of “Laal Singh Chaddha”, Advait Chandan shared a picture of the lead actor Aamir. The star can be seen sleeping, all coiled up around a pillow.

It is an official remake of Forrest Gump. “Laal Singh Chaddha” is slated to release on August 11. 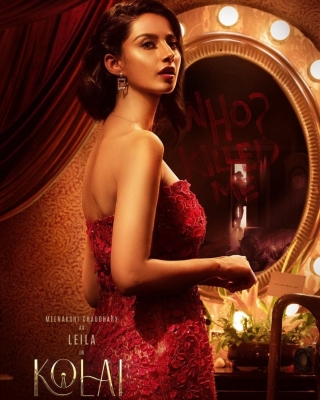 The gripping investigative thriller, which has actor Vijay Antony playing the lead, also features actors Ritika Singh, Murali Sharma and Radhika among others.

Tweeting a poster of Meenakshi Chaudhary from the film which had her character name on it, director Balaji Kumar said, “No one lives forever, but one can live a life that’s worth dying for.”

The tweet also had the hashtag, ‘Who killed Leila’, making it evident that the story of ‘Kolai’ (which means ‘Murder’ in English) revolves around Leila’s death. Rumours doing the rounds in the industry suggest that Vijay Antony plays a detective in the murder mystery.

Sources say that the story of the film, which has triggered huge expectations, was finalised after the director wrote over 40 drafts of it in five years! Cinematography for the film is by Sivakumar Vijayan and music is by Girish Gopalakrishnan.

Mumbai– Bollywood actors Ranbir Kapoor and Vaani Kapoor are all set to begin promotion of their movie ‘Shamshera’ from the sets of ‘Ravivaar with Star Privaar’. They are coming as celebrity guests on the reality show. 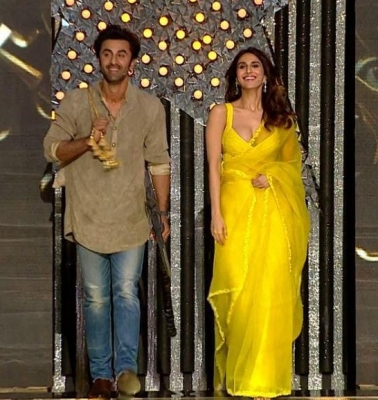 They compete with each other through various activities including dancing and singing and the winning team is announced as ‘The Best Parivaar’.

Ranbir said: “I’m very elated to start the promotions of ‘Shamshera’ from ‘Ravivaar with Star Parivaar’.”

He opened up about his role and how he played with the contestants: “As you all know, Shamshera is a dacoit and I’m very inspired by my character right now so the first thing I’ve done on this fun-filled show is to loot the cash prize for the first round.”

‘Ravivar with Star Parivaar’ airs on Star Plus. 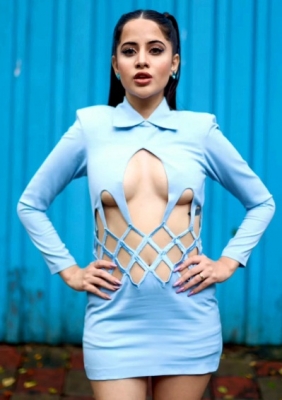 She shared a video on Instagram, where she is seen dressed in a blue dress as she with a cut-out a netted design in the front, showcasing her toned waist and her tattoo. She completed her look with braids and high heels.

Taking to the captions, Urfi wrote: “I refuse to follow the rules where society tries to control people with low self esteem.”

Earlier, she took over social media with a dress she made of electrical wires.

On the work front, Urfi Javed was last seen in a music video along with singer Kunwarr.

She is known for her roles in ‘Bade Bhaiyya Ki Dulhania’, ‘Meri Durga’, ‘Bepannaah’ and ‘Puncch Beat Season 2’. 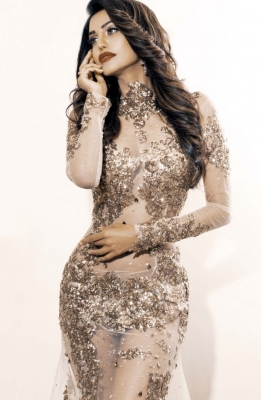 She talks about her role in the movie which also features Kainaat Arora, Soniya Birje, Alankrita Sahai, and Nazia Hussain in lead roles.

Natasha says: “It’s a complete entertainer and I loved playing Tanya in it. With laughter and madness, it also explores the emotional aspects of female friendships.”

Natasha debuted as an actor in 2016 with Malayalam film ‘King Liar’. She was last seen in ‘Dangerous’ starring Bipasha Basu and Karan Singh Grover. The actress says she liked the script and thus took no time in accepting the opportunity.

“I loved the script and it took me no time to grab the opportunity to be cast in it. The audiences will enjoy the film and its young and fun content. I hope to see it do well on screen and leave an impact,” she adds.

Directed by Deepak Tijori, this movie revolves around five girls on a bachelorette trip to Goa. It is all set to release in September. (IANS)