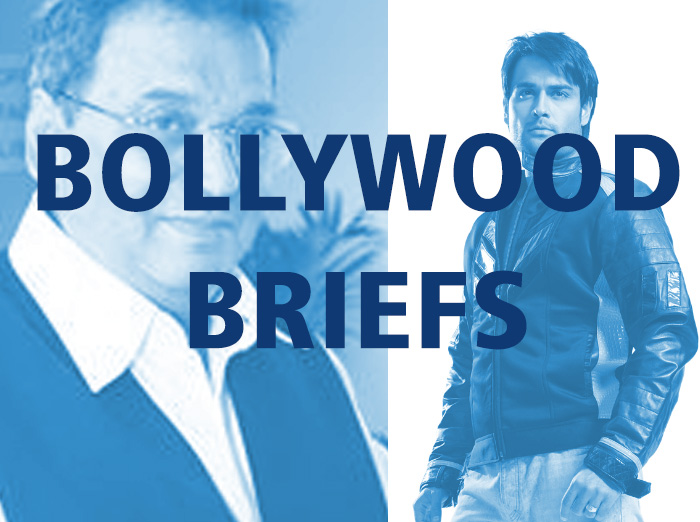 Mumbai–Veteran filmmaker Mahesh Bhatt is proud and happy over the journey of his daughter Alia in the world of showbiz. As Alia went into nostalgic mode with her film “Highway” clocking two years since its release on Sunday by tweeting how the journey and experience of the film still give her goose bumps, the proud father responded by sharing that he is in awe of how she has carved her name in Bollywood.

“The miracle of children is that we just don’t know how they will change and who they will become. You (Alia) make me so happy,” tweeted Mahesh, who has also called Alia a superstar on public platforms. To which, the “2 States” star said: “Hopefully half as wise as you daddy…I love you too much”.

Helmed by Imtiaz Ali, “Highway” traces the journey of a girl from an affluent family of Delhi after she is kidnapped and how she falls for her abductor as she finds solace in his company. Alia was lauded for experimenting and coming out of her peppy and glamourous mould of “Student of the Year” character. She is now looking forward to the release of “Kapoor & Sons”, and has also started shooting for her next opposite Shah Rukh Khan.

Never said no to anything new: Vivian

Talking about being part of the show, Vivian said: “I have never said no to anything new. I have done very different roles in the past and then a dance reality show which was never my forte. It was definitely very challenging for me.” “‘Khatron Ke Khiladi…’ is an adventure that I am really looking forward to. The stunts are going to be a lot more real this time. The show is a challenge for everyone who is a part of this game and I am ready to take up any challenge,” he added in a statement.

His motto is not to abort any stunt that comes his way. “Arjun Kapoor has been an amazing host and I hope to share some good moments with him on screen. The nation has always been very supportive and I hope to receive more love for this show as I take another step to entertain them,” he shared.

Everybody thought we were crazy: Kasbekar on making ‘Neerja’

Mumbai–Ace photographer Atul Kasbekar, who made his debut as a producer with “Neerja”, says people thought that the makers of the Sonam Kapoor-starrer were crazy as it had two women headlining it. “Neerja” — a biopic on the life of Neerja Bhanot who sacrificed her life while saving passengers on board hijacked PanAm flight 73 — released on Friday. The Ram Madhvani-directorial has earned rave reviews so far.

Sonam features in the lead role, while Shabana Azmi essays her mother’s role. “Everybody thought we were crazy to attempt making this movie headlining two women (Sonam and Shabana). It was only our conviction and belief that Neerja’s story had do be told and that the audience is ready for great content first,” Kasbekar said in a statement.

Mumbai–Filmmaker Subhash Ghai, who has given cinematic gems like “Karz”, “Ram Lakhan”, “Khalnayak” and “Pardes”, says it’s a big shame that even names of different regional cinema have become a shadow of Hollywood. The filmmaker, known for spinning magic on the silver screen in the 1980s and 1990s, also questioned why can’t the names be more specific to the region it belongs to.

“It’s a big shame for any state of India and its regional cinema when they call themselves Tollywood, Bollywood, Gollywood losing their own entity. Why can’t they be proud to name their regional cinema on states like Bengali cinema, Punjabi cinema, Gujarati cinema than Hollywood imitations,” Ghai tweeted on Sunday.

Ghai also took a dig at the events unfolding in the country with no reference to one particular incident. He said that there is no reason to fret as India is heading towards progress. His Facebook post read: “Babuji says – student unrest is an age old phenomena led by certain student leaders called “politicians in the making” like other students as scientists/ economists/ artistes in making at college campuses at formative age.

These leaders stand out by going against current establishment whatsoever. Even todays top politicians once upon led student movements in their younger age. Right? So no worry! India is at its progress”. In the recent times, Ghai has failed to recreate his cinematic magic with his last few movies — “Yuvvraaj” and “Kaanchi: The Unbreakable” turning out to be damp squibs at the box office.