Sonakshi jets off to Madrid

Mumbai–Actress Sonakshi Sinha has packed her bags and left for Madrid, Spain. Bollywood’s “Shotgun Junior” shared her travelling plan with her fans and followers via Twitter.

She posted: “Madrid… Ready or not, here I come”. She didn’t reveal the reason for the foreign trip.

The actress, who recently entered the Guinness World Records by becoming a part of most people painting their fingernails simultaneously will soon be seen in action mode on the silver screen via “Akira” and “Force 2”.

Subhash Ghai wishes luck to Rahman for his musical

Filmmaker Subhash Ghai, who has given cinematic gems like “Karz”, “Ram Lakhan”, “Khalnayak” and “Pardes”, lauded the two-time Oscar Award winner A.R. Rahman for picking a musical as his first production.

Rahman, known as a musical maestro, is making his debut as producer and scriptwriter with the film “99 Songs”. Ghai tweeted: “Congratulations Rahman for announcing your first musical production on screen. A great step ahead. God bless”. Ghai has himself always picked the best of music for his films be it “Taal”, “Pardes”, “Ram Lakhan” or “Yuvvraaj”.

Directed by Vishwesh Krishnamoorthy, “99 Songs” is slated to release in 2017.

Mumbai–Filmmaker Karan Johar says he “can’t wait to work” with Bollywood’s “Queen” Kangana Ranaut. During a live Twitter chat session, when one user questioned: “What about Kangana? Will you work with her?”, the filmmaker expressed his desire to work with the actress.

He responded: “Can’t wait to work with her”. There is a lot of speculation about Varun Dhawan and Alia Bhatt-starrer “Shuddhi”. Clearing the air around his production, Karan said the film will go on the floors in September.

On being asked whether “Shuddhi is happening or not?”, he said it “will be happening in September-October this year”. The filmmaker, who is known for creating larger than life entertainers with films like “Student of the Year”, “Kabhi Khushi Kabhie Gham…” and “Kuch Kuch Hota Hai”, also shared that he will soon be launching new faces in Bollywood. 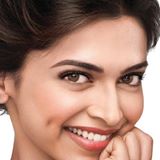 She posted: “House hunting with @deepikapadukone we found a nice shack with an ocean view.” Deepika seems to be channelling her character in the photograph as well by opting for a black sports brasserie and leather hot pants for the outing. One can also spot the temporary tattoos on her body as well.

The film also star Nina Dobrev and Donnie Yen. It will release on January 20, 2017.

Ki & Ka not made to give any message: Arjun Kapoor

Mumbai–Actor Arjun Kapoor, who will be seen in R. Balki’s forthcoming romantic film “Ki & Ka”, says the movie is not made to give any message. “We have not made this film to give any message but since people have appreciated this, we want it to reach to the audience. I don’t think one film is enough to bring any evolution,” said Arjun.

Talking about his real life, Arjun says that no one in his family discriminates between any one. “My family is very open and our upbringing was made in atmosphere where we were allowed to make our own choices. Our families never had any discrimination. I am very happy about it,” he said.