Mumbai–Actress Sakshi Tanwar says superstar Aamir Khan, with whom she has worked in the forthcoming film “Dangal”, has a child-like enthusiasm and he is very passionate about everything that he does.

“Aamir Khan has a child-like enthusiasm on everything that he does. During the script reading session and workshop even before shooting, he is involved in every step. He wants to know about things from the scratch like how a child would ask,” Sakshi told IANS here.

“While most of the actors will focus on dialogues and scenes to get the right emotion to perform, he (Aamir) wants to understand every aspect of that scene. I think such involvement and immense passion for his work makes him who he is,” Sakshi added.

In “Dangal”, the actress plays Daya Kaur, wife of Mahavir Phogat, essayed by Aamir. But she says she never “took the pressure” of acting with Aamir.

“Everything happened so fast that I did not get time to react much. Actually, it hit me recently when I saw the trailer. I was like, ‘Ok, that’s me’. During the shooting, I was so much into my character and was focusing to get everything right, so I did not think much or take pressure of acting opposite Aamir Khan,” said Sakshi.

Mumbai– Taking a break from her international ventures, actress Priyanka Chopra is heading back to Mumbai. She is excited to come home.

The actress, who had a busy year working for her American TV show “Quantico” and her Hollywood debut project “Baywatch”, tweeted: “Mumbai calling! So excited to be going home. Fly fly, Happy holidays.”

The “Bajirao Mastani” actress also shared an image of herself relaxing in the flight.

Actress Kajol is happy to head back to Tamil film industry after two decades with her new project Dhanush’s “VIP 2”.

The mother of two took to Twitter to share one glimpse of how her first day of the photo-shoot went.

She posted: “Finally 1st day photoshoot! Back to Tamil after 20 years. The new team.”

Kajol, who was last seen in “Dilwale” in Bollywood, also shared an image of herself with Dhanush and actress Soundarya.

“VIP 2” is being directed by Soundarya, megastar Rajinikanth’s daughter. 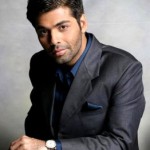 KJo wants to learn how to say ‘no’

Filmmaker Karan Johar wants to master the art of saying ‘no’.

Reacting to author Paulo Coelho’s Twitter post about “learn to say NO without explaining yourself”, Karan said that: “An art I have to master.”

On the professional front, Karan is enjoying the success of his film “Ae Dil Hai Mushkil” – which released after a lot of turbulence.