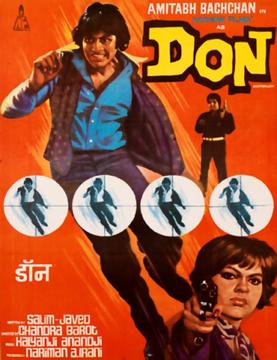 ‘Love Shots’ will get people high on love: Ashish Patil

“I had fun while making ‘Love Shots’ and Ankur Tewari, director, is hugely responsible for that. Six short films featuring 14 fantastic actors, six phenomenal songs by six incredible musicians – ‘Love Shots’ is our gear shift from web series to the short films format — guaranteed to get you high on love!,” Patil said at its premiere.

‘Love Shots’ is a collection of six short films with a twist. The team has unveiled a cumulative trailer of stories with unique slice-of-life characters and unconventional storylines. ‘Love Shots’ features a set of fine actors, including Farida Jalal, Kulbhushan Kharbanda, Nimrat Kaur, Shweta Tripathi among others.

Want to be known as a global actor, says Fawad Khan

Mumbai–Pakistani actor, singer and model Fawad Khan, who will be next seen in Bollywood film “Kapoor & Sons”, says he wants to be known as a global actor.

Asked how difficult was it for him to work in Bollywood, Fawad said: “If you feel it’s not going to be difficult, then it will not be difficult for you. Difficulty comes when you have unrealistic expectations. Everybody wants to grow in life. It takes time for everything and I am getting to do great work and I am happy about it.

“I want to be known as a global actor not, just the Indian film industry although it’s a great film industry. The comfort zone is there, your language is same in Hindi industry but I would like to venture off anywhere else.” Fawad, who made his Bollywood debut with “Khoobsurat” which also featured Sonam Kapoor, says he is honoured to be part of “Kapoor & Sons”.

“Dharma is one of the prestigious banners in India. I am honoured and pleased to work with them. I got an opportunity to work with Ratna Pathak again in this film. I thoroughly enjoyed working with her, she has a great sense of humor. I had a great time with the entire crew.” Directed by Shakun Batra, “Kapoor & Sons” also features Rishi Kapoor, Rajat Kapoor, Sidharth Malhotra, and Alia Bhatt among others. The film is slated for a March 18 release.

Mumbai–After hitting seven million followers on Twitter, actress Anushka Sharma thanked her fans and well-wishers for the love, support and being a part of her digital family. The actress shared her excitement and tweeted: “Thanks a ‘7 million’ for the love, support and for being a part of my digital family. Grateful…thank you for trending #7MillionAnushkaholics.”

Anushka entered Bollywood in the role of a demure girl opposite superstar Shah Rukh Khan in the 2008 hit film “Rab Ne Bana Di Jodi”. Her unpretentious performance as a simple girl with big dreams in her eyes impressed critics and the audience. The actress went on to work with Ranveer Singh in 2010 in the film “Band Baaja Baaraat”, in which she played a bubbly, intelligent and quirky girl who aspires to be a wedding planner.

The “Jab Tak Hai Jaan” star donned the producer’s hat in 2015 for the film “NH10”. Anushka will next be seen on the big screen in the 2016 film “Ae Dil Hain Mushkil”, which also stars Aishwarya Rai Bachchan and Ranbir Kapoor.

And after starring with Shah Rukh, Aamir Khan, the actress is set to share screen space with Salman Khan in “Sultan”.

New Delhi–Vikrant Rao, producer of “Bechare Biwi Ke Maare”, says that his film received discriminatory treatment from the Central Board of Film Certification (CBFC) because of being a small budget one. He added that he was asked to remove the word “Saala” from his film at a time when R. Madhavan starrer “Saala Khadoos” was released without any intervention.

Rao says that he has filed a petition in the High Court asking for justice. “The objections were raised for 17 scenes in November 2015 before issuing the censor certificate which we duly complied to in the same month, We were also given a U/A certificate in November itself (though our film is suitable for a child to watch alone).

“It was by chance that we happened to see the movie ‘Saala Khadoos’ and realised the discrepancy and filed a petition in high court in February 2016,” Rao told IANS. Rao heads the production house MG10 production house, the company that is making its debut in films with “Bechare Biwi Ke Maare”.

The film was set to release in around 600 theatres across Northern India (with target audience in Haryana, UP, Bihar, Jharkhand, Madhya Pradesh and Punjab) earlier in March but it has now been postponed to April due to the case.

Big B reminisces about ‘several years’ of ‘Don’

Mumbai–Megastar Amitabh Bachchan, whose memorable film “Don” is set to complete 38 years of its release in April this year, on Tuesday reminisced about the “masterpiece” that it was.

“‘Don’ completes several years… and what a masterpiece it was… for me just another day of apprehensions,” Big B wrote on Twitter along with photographs of the film’s poster. The movie is an action-thriller, which revolves around a powerful gangster named Don played by Amitabh, who was seen in a double role in the film.

A remake and sequel of the film were released in October 2006 and December 2011 respectively. They starred Bollywood superstar Shah Rukh Khan. Directed by Chandra Barot, “Don” is considered to be one of the most iconic movies of Bollywood.

Women must expect to be treated equal: Arjun Kapoor

Actor Arjun Kapoor, who will be seen onscreen in “Ki and Ka”, says women must “expect” to be treated equal. Arjun, who plays the role of actress Kareena Kapoor Khan’s onscreen husband in the R. Balki directorial, replied to a query on Twitter about the “three things” that women should ask and expect.

“They must expect to be treated equal, be respected for their choices and they must have a man who makes them laugh,” Arjun wrote on Twitter on Tuesday on the occasion of International Women’s Day.

“Ki and Ka” is slated for an April 1 release.

Arjun will also be seen in director Mohit Suri’s upcoming film “Half Girlfriend”.