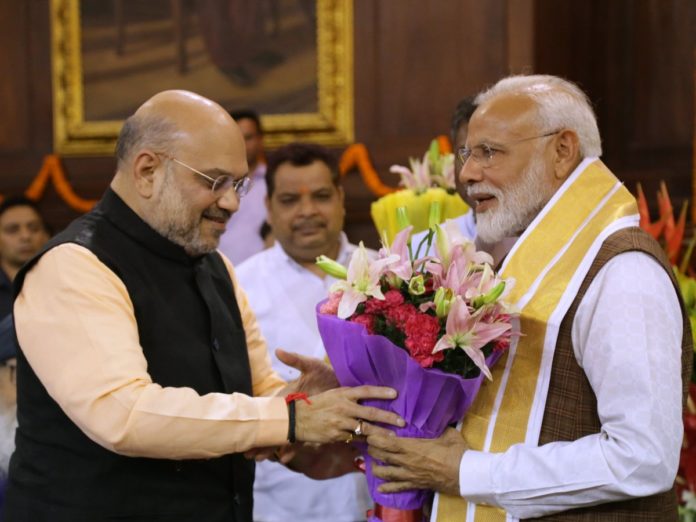 Panaji–A Polish woman and her 11-year-old daughter, who have been blacklisted by the Ministry of External Affairs over visa-related discrepancies, on Tuesday pleaded with Prime Minister Narendra Modi to allow them to enter India so that the daughter can continue her education in Goa.

In a fresh series of tweets to Modi and Union Home Minister Amit Shah, Marta Kotlarska, who is currently in Cambodia, has said that her daughter is missing her school in Goa since the academic term has started and on account of that, 11-year-old Alicja has been crying continuously.

“Respected @narendramodi @PMOIndia @amithsha1 @AmitShah @DrSJaishankar my daughther is out of school since 25 April. I have put public grievience on 6th April and still no reply, no action. Please help us. My 11 years old daughther is struggling…,” Kotlarska said in her latest tweets.

“Please @PMOIndia @narendramodi @AmitShah please help us. We are not criminals, we never were deported from India, we were given fresh valid visas without any problem by Indian Embassy in Poland after I paid overstay due to the misfortunate situation created by my past employer,” she also said.

Marta, a Polish artist and photographer, who was on a multiple entry, B-2 business visa to India, was turned away from the Kempegowda International Airport, Bengaluru, where she had gone to renew her Indian visa after she returned on March 24 from Sri Lanka.

With her daughter studying in Goa, Marta had to wait for a spell in Thailand before she was allowed to return to India, pick up her daughter and leave the country, within a few days.

The duo are currently in Cambodia, awaiting a possible return to India, where Alicja claims, she is now rooted in Hinduism and spirituality and in her letter requested Modi to allow her and her mother to come back to India.

Marta also claims that she has already paid her fines for overstaying and alleges that her visa lapse issue occurred because of her employer at the time.

“@PMOIndia @narendramodi @AmitShah @AmitShahOffice @DrSJaishankar please help. overstay was not due to our fault but due to fault of employer who refused to provide documents for our visas. Ever since I was informing MHA about problem. We are being punished for no fault of ours,” she tweeted. (IANS)