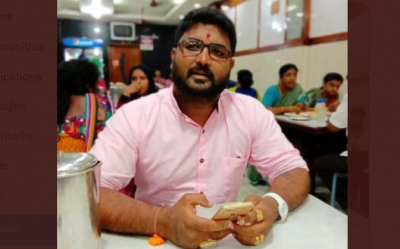 Chennai– BJP SC/ST morcha south district president in Chennai, Balachandran, was hacked to death on Tuesday night after a three-member gang attacked him while he was having tea at a wayside tea stall here.

The incident occurred at Chindarapet in Chennai. Balachandran was facing life threats and was provided a personal security officer (PSO) by the Tamil Nadu home department.

The murder of Balachandran has raised serious issues of law and order in Chennai as a small-time financier was hacked to death publicly in a busy traffic junction.

Leader of Opposition E.K. Palaniswami of the AIDMK came out strongly against the failure of the state police department, stating that Chennai has turned into a murder city with 18 killings in the past 20 days. (IANS)