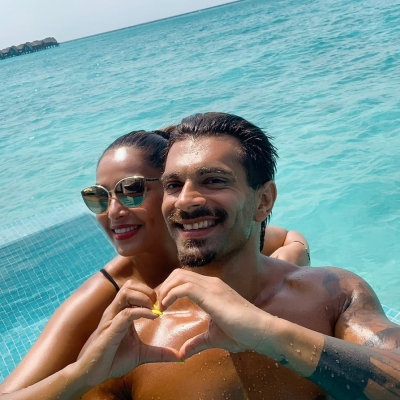 Mumbai–Actress Bipasha Basu says New Year, for her, will not begin till her actor husband Karan Singh Grover is back home safely. Karan is currently travelling on work.

Bipasha posted a romantic picture on Instagram where she cosies up with Karan in a pool.

“The new year for me won’t begin till you are back home safely. I love you and I miss you like crazy. #monkeylove,” the actress wrote as caption.