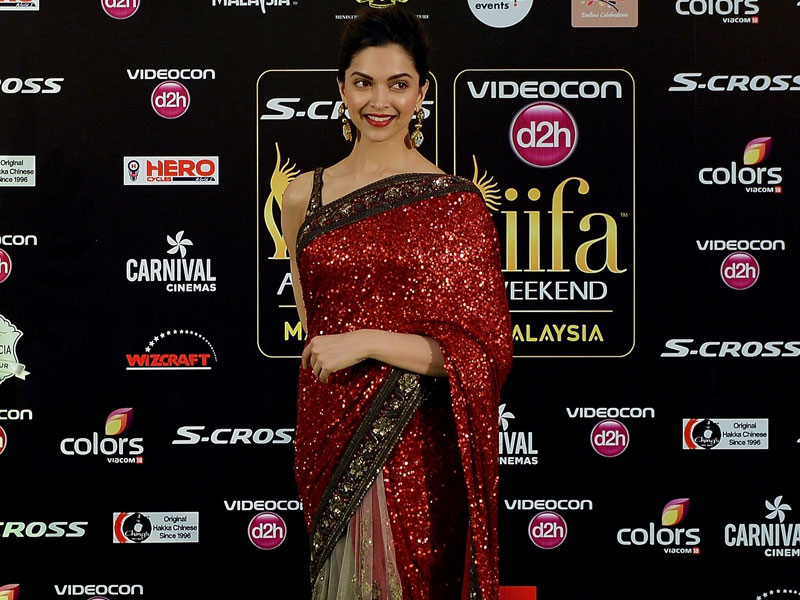 Madrid–It’s rare to see Indian outfits shining on the red carpet in India. So, spotting foreigners flaunting costumes like lehengas and heavily embroidered saris with a bindi shining on their forehead here was a sheer delight.

The 17th edition of International Indian Film Academy (IIFA) celebrations are taking place here and Spain is the fourth European nation to host the extravaganza.

The four-day gala — which celebrates the magic of Indian cinema at an international destination every year — began on June 23 and on Saturday, the main awards night took place which saw a melange of tinsel town celebrities all decked up to soak in the colours, magic and revelry that Bollywood exudes.

There were performances, humourous acts and glamour at their best, but what added uniqueness to the gala was the presence of many international faces who showed off their glamorous side in Indian outfits.

A blogger from Germany, who was dressed up in a lehenga with shimmery choli and chunni covering her shoulder completed her look with a bindi, said that she is obsessed with Indian designs.

“I make sure that I wear it whenever I get the opportunity. I love it,” she told this visiting IANS journalist during a casual chat at the green carpet of IIFA Awards.

While she wore it with confidence, there were others who were spotted helping out their friends in getting the pleats of the sari right.

When approached with offer of some help, one of them said: “Oh thank you so much. But I am wearing sari for quite some time now and I think I will manage.”

As the guests walked inside the venue to find their allotted seats, they saw more such women dressed up in anarkalis and lehengas and dancing to the tunes of Bollywood tracks that were playing in the background.

While most of the Bollywood celebrities flaunted their curves in body-hugging gowns and off-shoulder dresses, singer Benny Dayal’s New York-based wife Catherine Thangam looked no less than a diva in a black sari and silver blouse teamed up with a black bindi.

It was not just Bollywood films and stars, but Indian clothes as well that have garnered limelight in Spain. (IANS)