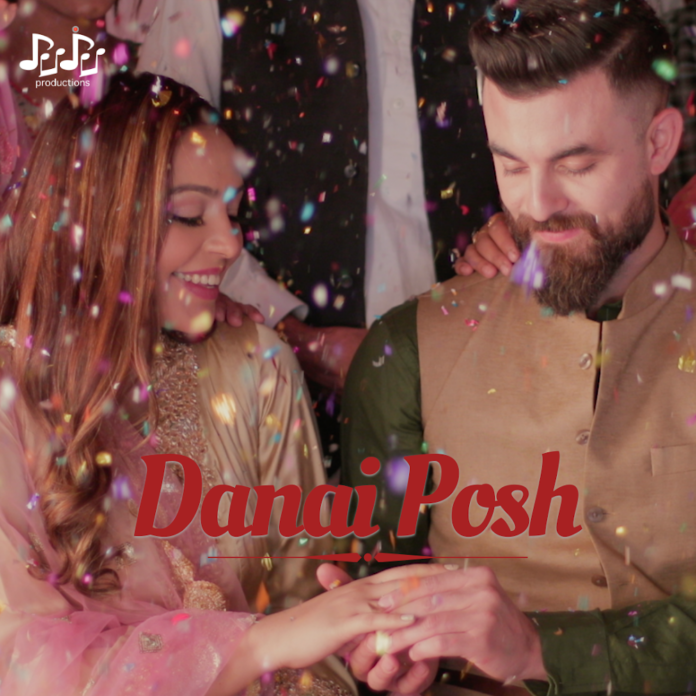 Habba Khatoon was the wife of Yousuf Shah Chak, the last ruler of Kashmir and is celebrated as one of the great female mystic poets of her era and often referred to as Zooni (the moon) because of her beauty.

“I was inspired to sing Danai Posh because I was mesmerized by the voice of Eminent singer Shameem Dev Azad and the lyrical beauty of the poem,” said Anuradha, who is also the founder of Boston-Based Juju Productions.

Anuradha is known for her Versatility, as no genre is beyond her vocal range be it a Film Songs, Classical, Bhajan, Sufi, Ghazal, and Pop. She has sung in numerous languages and recently added Kashmiri to her repertoire.

A confluence of tradition and modernity, Danai posh celebrates the young women of Kashmir who are rooted in their culture but are seeking and chasing their dreams. The story in the video is of a Kashmiri girl’s journey from courtship to marriage while retaining her aspiration to be an astronomer. This visual treat weaves in the exuberance of the beauty and the ethos of Kashmir at the backdrop of its musical spirit, breathtaking views, gold-plated autumns, and rich cultural heritage.

The video has been directed by the award-winning Kashmir based director Danish Renzu(Renzu Films) in collaboration with advisor Boston based Sunayana Kachroo. The video stars Aakansha Sirohi, Absar Zahoor, Haseena Sofi, and Bashir Lone.

The original song was featured in Bashir Budgami directed iconic movie Habba Khatoon. Anuradha’s production retains the soul of the poetry by Habba Khatoon, hews close to the original composition by renowned Kashmiri composer Nasrullah Khan, and traditional flavor of music from the valleys of Kashmir.

Kamlesh Bhadkamkar produced the music and Vijay Dayal mixed and mastered it.

The video will release on 30th November.