LEXINGTON, MA– Awaaz-e-Jazbaat Shankar Jaikishan Ke Saath, a musical program dedicated to songs composed by Shankar Jaikishan, the duo who dominated Hindi film music for several decades, echoed the songs of days gone by on Saturday and entertained the packed house at the Scottish Rite Masonic Museum in Lexington, MA.

The net proceeds of the show were donated to two charities: Saheli, which helps battered South Asian women and the Indian Circle of Caring, which helps the Indian community in times of sickness, accidents, bereavement or death.

“We are overwhelmed by the warmth of the response we got for Awaaz-e-Jazbaat Shankar Jaikishan Ke Saath. We profusely thank the audience for their love and encouragement,” said Mohan Subramaniam, a key organizer of the show and one of the singers. “Shankar Jaikishan have given us such timeless music that it was a joy to perform the songs.”

Subramaniam thanked audience and his team of singers.

“The team chemistry amongst us singers was exceptional … everyone pitched in so beautifully,” said Subramaniam. “This show has left us with some very fond memories. Thanks to the entire team.”

The Subramaniam team has produced several hit shows over the years such as, “Shaam-e-Burman”, “Khandan-e-Kapoor”, “Badhshah-e-Romance” and “A musical journey with Hrishikesh Mukherjee”.

The show focused on Shankar Jaikishan, whose music portrayed an array of different emotions or jazbaats through the magical voices of Rafi, Lata, Mukesh, Manna Dey and Asha, among others. Some of the immortal songs by Shankar Jaikishan include” Ehsaan tera hoga mujh par”, “Yeh mera prem patra padhkar”, “Yeh Raat bheegi bheegi”, “Dheere Dheere Chal” and “Awara hoon”.

The show was sponsored by Tanna Insurance, Kay Pee Jewelers, and the Desai Foundation with Samir and Nilima Desai.

The singers entertained the audience with the following songs: 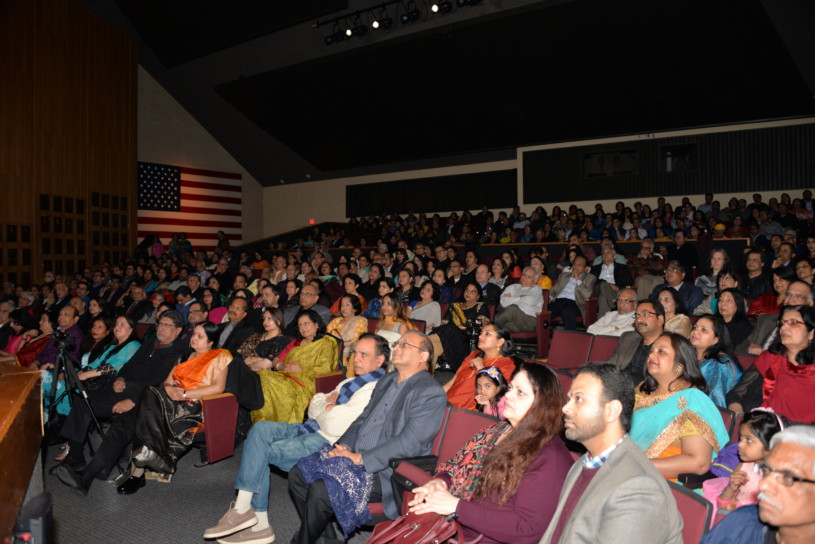