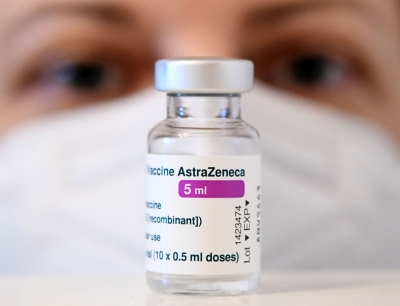 The studies, published in the peer-reviewed medical journal Annals of Neurology, describe an unusual variant of Guillain-Barre syndrome characterised by prominent facial weakness. All the eleven cases were among people who had received that vaccine 10-22 days earlier.

Seven cases were reported from a regional medical center in Kerala, India, where approximately 1.2 million people were vaccinated with the AstraZeneca Covid-19 vaccine till April 22. The cases occurred within two weeks of the first dose of vaccination.

“The frequency of GBS was 1.4 to 10 fold higher than that expected in this period for a population of this magnitude. In addition, the frequency of bilateral facial weakness, which typically occurs in less than 20 per cent of GBS cases, suggests a pattern associated with the vaccination,” he added.

Four cases were reported from Nottingham, England, in which approximately 700,000 people received the same vaccine. These were characterised by bifacial weakness with a paraesthesias variant of GBS occurring within three weeks of vaccination with the Oxford-AstraZeneca SARS-CoV-2 vaccine.

“This rare neurological syndrome has previously been reported in association with SARS-CoV-2 infection itself. Our cases were given either intravenous immunoglobulin, oral steroids, or no treatment,” said Jonathan Rhys Evans, Department of Neurology, Nottingham University Hospitals NHS Trust, UK.

“If the link is causal it could be due to a cross-reactive immune response to the SARS-CoV-2 spike protein and components of the peripheral immune system,” wrote the authors of the report from England.

While the benefits of vaccination substantially outweigh the risk of this relatively rare outcome (5.8 per million), the research groups stressed that clinicians should be alert to this possible adverse event and look for this rare neurological syndrome following administration of Covid-19 vaccines.

“We suggest vigilance for cases of bifacial weakness with paraesthesias variant GBS following vaccination for SARS-CoV-2 and that post-vaccination surveillance programmes ensure robust data capture of this outcome, to assess for causality,” Evans said. (IANS)