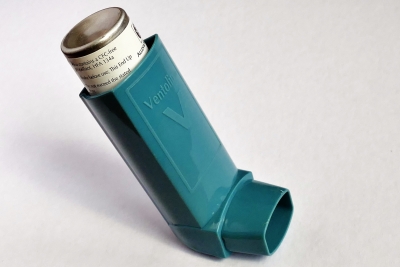 New York– Asthma in children is likely to get worse after a Covid-19 infection, finds a large-scale nationwide study in the US.

Six months after a Covid infection, asthmatic children showed significant increases in emergency department visits, hospitalisations, emergency inhaler use, and steroid treatments, compared to children without Covid, researchers reported in a pre-print of the Journal of Allergy and Clinical Immunology.

A team from Children’s Hospital of Orange County in California examined 61,916 asthmatic children aged 2-17.9 years who were infected with Covid between March 2020 and February 2021.

“Our data demonstrates that while asthma outcomes were improved for those who tested negative for SARS-COV-2, asthmatic children who were definitively diagnosed with Covid-19 have worse asthma control in the first six months after infection,” said Dr. Christine C. Chou from the Hospital’s Department of Paediatrics.

On the other hand, children who tested negative for Covid virus had improved asthma control for the next six months, meaning fewer emergency department visits and hospitalisations for asthma, and less asthma treatment, the study showed.

Previous studies hypothesised that there was an overall improvement in asthma control during the last two years of pandemic. Respiratory viral infections are major triggers of asthma exacerbations, including coronaviruses. It was therefore unexpected that asthmatic children have not experienced increased exacerbations during the Covid-19 pandemic SARS-CoV-2 virus.

Chou said that it was due to hygiene and public health measures, and/or decreased exposures to particulate matter and viral triggers.

“The asthma-triggering effect of SARS-CoV-2 was likely masked by the overall decrease in asthma exacerbations during the stay-at-home measures when other asthma triggers were less present in the community,” she noted. (IANS)