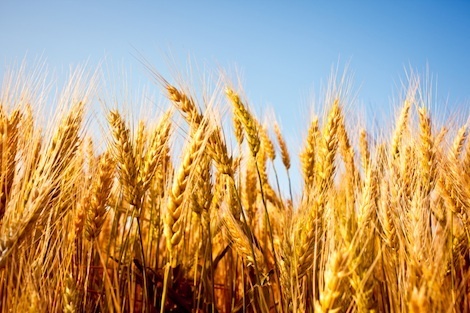 The study also found that more than 1 billion women and children could lose a large amount of their dietary iron intake, putting them at increased risk of anemia and other diseases.

“Our research makes it clear that decisions we are making every day—how we heat our homes, what we eat, how we move around, what we choose to purchase—are making our food less nutritious and imperiling the health of other populations and future generations,” said Sam Myers, lead author of the study and principal research scientist at Harvard Chan School.

The study was published online August 27, 2018 in Nature Climate Change.

Presently, more than 2 billion people worldwide are estimated to be deficient in one or more nutrients. In general, humans tend to get a majority of key nutrients from plants: 63% of dietary protein comes from vegetal sources, as well as 81% of iron and 68% of zinc. It has been shown that higher atmospheric levels of CO2 result in less nutritious crop yields, with concentrations of protein, iron, and zinc being 3%-17% lower when crops are grown in environments where CO2 concentrations are 550 parts per million (ppm) compared with crops grown under current atmospheric conditions, in which CO2 levels are just above 400 ppm.

For this new study, researchers sought to develop the most robust and accurate analysis of the global health burden of CO2-related nutrient shifts in crops in 151 countries. To do so, they created a unified set of assumptions across all nutrients and used more detailed age- and sex-specific food supply datasets to improve estimates of the impacts across 225 different foods. The study built on previous analyses by the researchers on CO2-related nutritional deficiencies, which looked at fewer foods and fewer countries.

The study showed that by the middle of this century, when atmospheric CO2 concentrations are expected to reach around 550 ppm, 1.9% of the global population—or roughly 175 million people, based on 2050 population estimates—could become deficient in zinc and that 1.3% of the global population, or 122 million people, could become protein deficient. Additionally, 1.4 billion women of childbearing age and children under 5 who are currently at high risk of iron deficiency could have their dietary iron intakes reduced by 4% or more.

The researchers also emphasized that billions of people currently living with nutritional deficiencies would likely see their conditions worsen as a result of less nutritious crops.

According to the study, India would bear the greatest burden, with an estimated 50 million people becoming zinc deficient, 38 million becoming protein deficient, and 502 million women and children becoming vulnerable to diseases associated with iron deficiency. Other countries in South Asia, Southeast Asia, Africa, and the Middle East would also be significantly impacted.

“One thing this research illustrates is a core principle of the emerging field of planetary health,” said Myers, who directs the Planetary Health Alliance, co-housed at Harvard Chan School and Harvard University Center for the Environment. “We cannot disrupt most of the biophysical conditions to which we have adapted over millions of years without unanticipated impacts on our own health and wellbeing.”

Up to 30% rise in heart-related risks post Covid infection: Health...