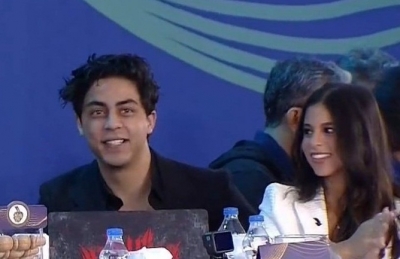 Mumbai– Shah Rukh Khan’s son Aryan and daughter Suhana were in attendance to represent their Bollywood superstar father at the IPL auction on Friday which was also Aryan’s first public appearance since his arrest in a drugs case last year.

They captioned the image: “A crash course in #IPLAuction strategies from the CEO to our Gen-Next.”