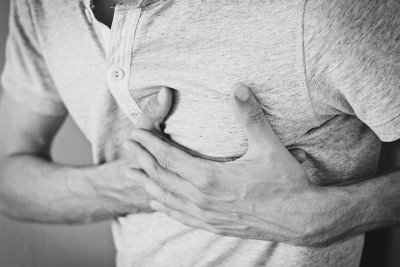 New Delhi– When we speak of heart health, we often picture older people. Studies, unfortunately, show that Indians are at risk of heart disease at least a decade earlier than western counterparts. This means there is an increasing prevalence of cardiovascular diseases (CVDs) in people as young as 30. India already accounts for one-fifth of deaths worldwide, caused by cardiovascular diseases. And this reflects in the younger population as well, with an age-standardized death rate of 272 per 1,00,000 population as compared to the global average of 235.

This increased risk of heart disease in young Indians is due to a combination of inherited genes as well as environmental factors. Unfortunately, these environmental factors have only worsened the risk over time. Working long hours, often in stressful jobs and sleeping less has become the new normal in our lives. Modern work setups involve sitting a lot and not exercising and this can nearly double the risk of poor heart health.

A study conducted by Saffolalife in 2019 states that 58 per cent of people in top cities, between ages 30 to 40, who do not exercise regularly, are at greater risk of heart disease. Despite this 92 per cent of them do not consider lack of exercise among the top 3 risk factors for heart disease. This lack of awareness further exacerbates the issue.

Among younger people, we do see an increasing awareness about the importance of food in maintaining good health. But the reality also is that after a long and tiring day, it has often become easier to order in and give in to unhealthy food urges. With less exercise and eating junk food frequently, there is an increased chance of belly fat, which is another major risk factor for heart disease.

Thankfully, there is good news. Caring for your heart is not difficult. Once you are aware of the risk factors, you can take the right steps to reduce their impact. Making simple changes to your diet and lifestyle can really make a difference. The most important thing, however, is to be proactive; changes we make in our 30s and 40s can go a long way in keeping us heart-healthy.

In your 30s, it is a good idea to assess your blood pressure, cholesterol, blood sugar and general health every year. This can let you be aware of symptoms earlier and corrective action can be taken immediately. Develop healthy lifestyle habits like brisk walking for about twenty minutes a day, at least thrice a week. Try to take breaks between work hours for deep breathing exercises. Control stress with exercise and yoga, rather than emotional/stress eating or staying up late and binge-watching. Make simple and easy changes to your diet, like eating one portion of raw fruits and vegetables during snack-time every day. Try to include heart-healthy ingredients like nuts, green leafy vegetables, avocados and oats. Using heart-healthy oil can also be a great and easy change you can make.