Mumbai– Konkona Sen Sharma’s “A Death In The Gunj” is about secrets and whispers that hover over our lives and lies that are dormant in the family history. And one family secret that Konkona and her distinguished mother filmmaker Aparna Sen share is that the latter has made a quiet non-visible guest appearance in her daughter’s directorial debut.

Aparna Sen is in Konkona’s much-lauded “A Death In The Gunj”. Though we can’t see her in the film, only hear her.

Aparna plays the film’s protagonist Shutu’s (Vikrant Massey) mother. We never see the lady. We only hear her on the phone on a distressed long-distance call with her son and we also hear her voice when Tanuja (playing Vikrant’s aunt) reads out a worried and anxious letter from Shutu’s mother.

Aparna laughs when caught out being a part of her daughter’s film.

“Of course that’s my voice for Shutu’s mother. But there is so much more to the film. I myself loved the film, and not because it’s made by my daughter.” 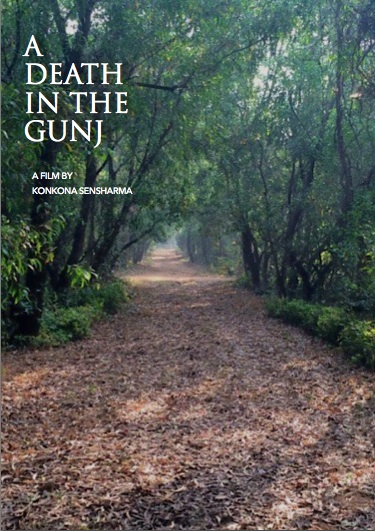 Though Konkona claims her main source of inspiration is Peter Weir’s 1975 Australian film “Picnic At Hanging Rock” for the eerie and intangible feeling of dread in “A Death In The Gunj”, Konkona’s mother’s influence on her first film is quite prominent.

Not many have noticed the uncanny resemblance in mood between Konkona’s movie and her mother’s “36 Chowringhee Lane”. In both the films, the protagonists are lonely, persecuted, desolate and exploited individuals. If Konkona’s Shutu lived to become old, he would probably lead a reclusive lonely life like Violet Stoneheim (Jennifer Kapoor) of “36 Chowringhee Lane”.

Aparna says, “Both Konkona’s protagonist and mine in ’36 Chowringhee Lane’ are lonely individuals. However, Violet in my film has more-or-less accepted her state of loneliness. Shutu is much more vulnerable.”

In “36 Chowringhee Lane” and in Konkona’s “A Death In The Gunj”, the protagonist’s loneliness ends in tragedy.

Aparna said: “Violet accepts her exploitation with much more grace whereas Shutu reacts violently to his condition of desolation. Their destinies are different because Konkona and I are very dissimilar as directors.”