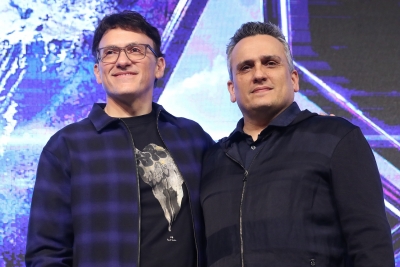 Los Angeles– Joe Russo says he and his co-directing partner-brother Anthony Russo are big fans of Indian actor Dhanush, who plays “one of the top assassins of the world” in their upcoming film ‘The Gray Man’.

The filmmaker says the role is specifically written for the Indian star. The director also shared that there is a possibility that the actor will feature in the films of the potential franchise.

Joe said on Twitter space session hours before the launch of the trailer: “Anthony and I are big Dhanush fans. We wrote this role specifically for him. He’s a sort of classic bada** character, who shows up to combat the hero and complicate the film. He’s a fun character. He’s unique.”

“Dhanush has a great presence on camera and the character is almost mystical in a way. The intention is if audiences like this film, we expand out the storytelling from here, and this is a fascinating character to move forward in that world.”

Details related to Dhanush’s character are still under wraps.

The only detail shared by Joe was that Dhanush plays “one of the top assassins of the world”.

According to the streamer, ‘The Gray Man’ is CIA operative Court Gentry (Gosling), aka, Sierra Six, who is plucked from a federal penitentiary and recruited by his handler, Donald Fitzroy, played by Billy Bob Thornton.

It is reported that the film is based on Mark Greaney’s 2009 novel of the same name.