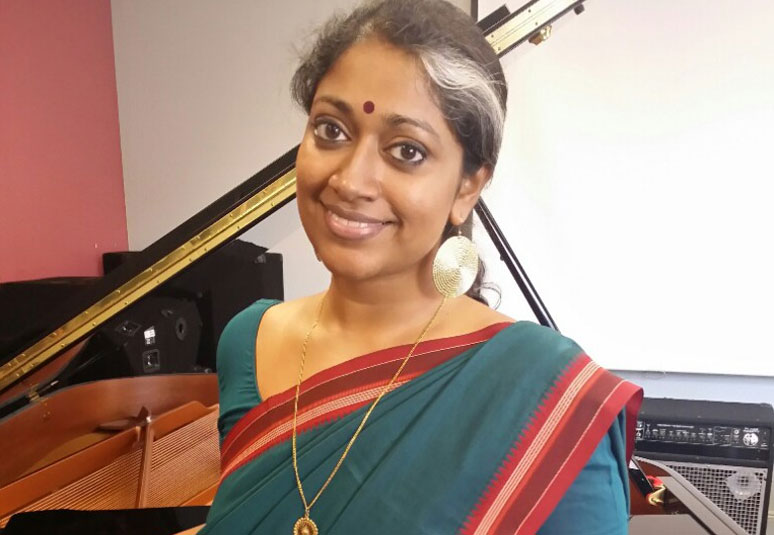 BOSTON—Women of the World, an all-women music group born at the Berklee College of Music, is releasing its second album “Makana” this Thursday. “Makana means “gift” in the Hawaiian language and was recorded during the group’s travels to Hawai in 2015.

The album will be released on Thursday, February 11, at 8:00 pm at the Scullers Jazz Club in Boston.

“From traditional chants shared by a Kumu Hula (a teacher of hula dance), to recording in lava tubes on the Kaua’i Napali Coast, and capturing the characteristic mating call of Big Island’s coqui frogs, it was such a blessing to immerse ourselves in Hawaiian culture,” Woman of the World said in announcing the release of the album.

On the eve of this album’s release, INDIA New England News conducted an online interview with Annette Philip, one of the founders of Women of the World and an Indian vocalist, pianist, composer and a recording artist. Currently, she is a faculty member of the Voice and Ensemble Departments at Berklee, as well as an ensemble director for Berklee’s Education outreach City Music Program.

Here are the excerpts from the interview:

INDIA New England News: How did you come with the name of the album?

Annette Philip: “Makana” meaning “gift” in the Hawaiian language was the perfect album title, as Women of the World recorded this music on the beautiful Hawaiian island of Kaua’i at the Steelgrass Studios, located on a cacao (chocolate) farm, surrounded by lush vegetation with ample gifts of chocolate and honey.

INE: How many songs are there?

AP: We recorded a total of 7 tracks.

INE:  Is it the first album?

AP: Our first album was called “Koloro” – The word Koloro (meaning color) was specifically chosen from the language Esperanto, which was created in the late 1800s to foster international peace and understanding as a common language for all. The album featured original compositions from India, Africa and Japan, as well as songs from Israel, Appalachian mountains, and Brazil.

Makana is our second CD.

INE: Can you elaborate a little bit about the songs?

AP: Throughout our travels, as a group, Women of the World was astounded by the natural beauty in Hawai’i, the generosity of it’s people, and the rhythmic cycle of life on the islands. The song of the land, the elements, the culture all shaped our sound, our connection, our capacity for giving back and understanding the music that drives and fills the landscape.

We learned traditional chants from a Kumu Hula (a teacher of hula dance), sang and recorded with students from Ke Kula Niihau O Kekaha, natives of Hawaii’s ‘Forbidden Island’, and included natural sounds like the ambient reverb in lava tubes on the Kaua’i Napali Coast, and the characteristic mating call of coqui frogs on an organic farm on Big Island.

Where we sing, and what we sing, matters enormously to us. As the album evolved, it came to include an Italian song from Piedmont, land of mountains; an ancient Tibetan Buddhist chant; an Appalachian hymn; a Haitian folk song; a Bumbuti (Mbuti) pygmie chant from Zaire, and two Hawaiian pieces. The common thread? A message of hope, of being present in the moment, of understanding that difficulties, sorrow and pain help us grow, but most importantly, that life is a gift.