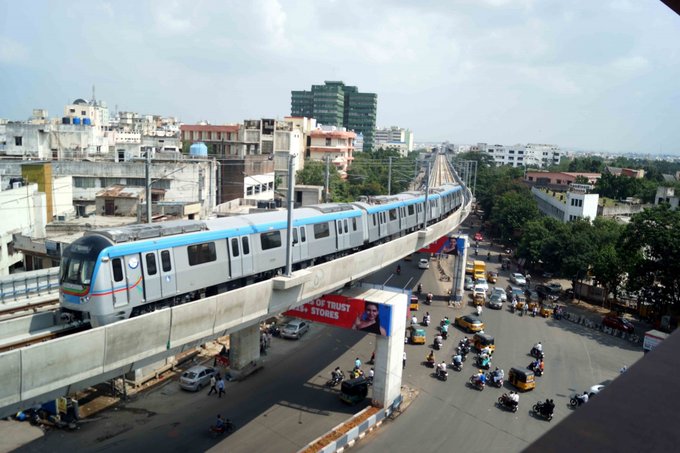 Hyderabad/Vijayawada–With the beginning of Unlock 1.0 on Monday, Telangana allowed inter-state movement of people while neighbouring Andhra Pradesh continued the restrictions.

The Telangana government lifted the restriction on inter-state movement of people. They no longer require passes to enter the state.

Though the state government is yet to allow state-owned Road Transport Corporation (RTC) or private operators to operate inter-state services, those using their own transport were allowed to enter without restrictions.

The movement of special trains also resumed in Telangana on Monday without restrictions while the other Telugu state restricted the movement of trains.

The railway authorities had earlier announced that 22 trains passing through Andhra Pradesh will stop at 71 stations but the state government requested the Railway Board to stop the trains only at major stations like Vijayawada, Rajahmundry, Visakhapatnam, Guntur, Kadapa and Guntakal. It cited lack of facilities to screen passengers at all stations.

Andhra Pradesh also continued the restriction on inter-movement of people by road. People from Telangana heading to Andhra Pradesh were stopped at the inter-state check posts and asked to produce passes. Large number of vehicles were seen stranded at Garikapadu check post on Hyderabad-Vijayawada border.

People without passes were forced to return while those with passes stamped ‘home quarantine for 14 days’ on their hands.

The government has announced that people coming from other states need to obtain passes through online Spandana app.

Those coming from states not badly affected by Covid-19 can be in home quarantine for 14 days while those coming from badly-affected states will be sent to institutional quarantine for seven days. After this period, Covid-19 test will be done. Those who test positive will be sent to designated hospitals while those negative will have to be in home quarantine for another seven days. States like Maharashtra, Tamil Nadu, Gujarat, Rajasthan, Madhya Pradesh and Delhi fall in this category.

People above 60 years, below 10 years, pregnant women and diseased will be allowed 14-day home quarantine.

Director General of Police Gautam Sawang said that restrictions will continue till the government takes a decision on inter-state travel.

State nodal officer A. Srikanth said there will be long waiting period for those coming to Andhra Pradesh from other states at the check posts for screening. Every individual will be subjected to tests at the borders.

About 14 inter-state trains from Maharashtra, Madhya Pradesh, Tamil Nadu and Delhi are running via Vijayawada junction. All those arriving in Vijayawada will be subjected to the tests. Based on their results, their quarantine will be decided.

People coming from abroad will have to go to Institutional or paid quarantine. (IANS)