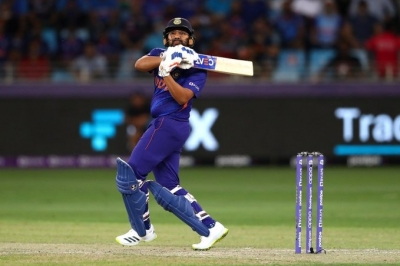 New Delhi– The Virat Kohli-led Indian team, which started the 2021 Men’s T20 World Cup with the tag of “favourites” are winless after two matches and on the brink of elimination. However, the surrender by the team, especially the batters, is the most disappointing thing for fans as well as experts.

Whether it was against arch-rivals Pakistan or New Zealand, Indian batters have produced lacklusture performances and given bowlers very little to fight.

The ‘timid’ approach of batters has clearly indicated that they lack clarity and self-belief and their failure to adapt to the UAE conditions is also quite surprising.

A look into what went wrong for Indian batters in a disastrous week in the ongoing T20 World Cup.

Lack of clarity and self-belief:

In both the Super 12 games so far, Indian batters have struggled to find the desired balance between attacking intent and stability. India were 36/3 and 35/2 in their two powerplays in their two consecutive losses against Pakistan and New Zealand, and losing key wickets in the first six overs meant that batters had to keep attacking through the middle overs to keep the scoreboard ticking but they failed to do so.

In fact, India failed to hit a single four between the sixth and 16th overs against a disciplined Black Caps bowling line-up. The dilemma of keeping wickets in hand or to attack was pretty much visible among Indian batters and it meant that the team failed to put a defendable score on board.

India’s ‘timid’ batting approach was questionable as not only the top-three batters, Rohit Sharma, KL Rahul and Virat Kohli, but even attacking batsmen like Rishabh Pant and Hardik Pandya struggled for timing throughout and failed to play freely and find boundaries.

After the humiliating eight-wicket defeat against New Zealand, a dejected India captain, Virat Kohli admitted that the Indian team wasn’t brave enough with their approach.

“To be brutal upfront, I don’t think we were brave enough with bat/ball. We obviously didn’t have much to play with the ball. We were just not brave enough in our body language when we entered the field and NZ had better intensity, body language. Every time we took a chance, we lost a wicket. It’s most often a result of hesitation of whether you should go for a shot or not,” Kohli said.

Whether it was Pakistan or New Zealand, the quality bowlers of both the teams exposed the flawed techniques of the Indian batting line-up.

Rohit, who is counted among the greats in white-ball cricket and is in line to lead India in the shortest format after Virat Kohli steps down at the end of the ongoing T20 World Cup, was vulnerable to the incoming ball in the Pakistan clash. He also struggled against the disciplined spin bowling of Ish Sodhi and Mitchell Santner and finally got out to one of them. Not only Rohit, but even KL Rahul has struggled against the pace and swing of Shaheen Shah Afridi and Tim Southee.

There was a time when Indian batters used to dominate world-class spinners like Shane Warne and Muttiah Muralitharan but these current generation of players are not even able to rotate strikes and put unnecessary pressure on themselves.

Both Pakistan and Kiwi spinners have choked the Indian line-up full of superstar batters with accuracy and discipline. The spin duo of Mitchell Santner and Ish Sodhi bowled in tandem and created pressure that starved India of boundary-scoring opportunities and brought the innings to a standstill.

Such was the pressure that even a bad ball from Sodhi ended up taking a wicket — Rohit Sharma’s timing was thrown off by the variations in pace and flight as the Indian batter lofted a short ball outside off straight to Martin Guptill at long-on. Kohli did the same, with Trent Boult pouching the India skipper at long-on.

The build-up to this tournament for India was full of inconsistency in batting roles and too much chopping and changing.

In March, Kohli said that he would open in the IPL for RCB in preparation for the World Cup and that he would “definitely like to partner Rohit Sharma at the top”. During the warm-up, he said it was a “no-brainer” that KL Rahul would open, moving himself down to No 3.

After the Pakistan defeat, India made changes and Kishan opened with Rahul, with Rohit at No. 3 and Kohli shuffling down to No. 4.’

Inconsistency often brings insecurity and confusion and one could clearly see that in India’s batting performance.

Indian legend Sunil Gavaskar feels Rohit’s demotion indicated that the team didn’t trust him to face Trent Boult. The former Indian opener felt that a young player like Ishan Kishan should not have been given the responsibility of opening the batting in such a high-pressure match.

“I don’t know if it is a fear of failure but I know that whatever changes they made to the batting order today did not work. Rohit Sharma is such a great batsman and he has been sent in at No.3. Kohli himself, who has made so many runs at No.3 demotes himself to No.4. A young player like Ishan Kishan has been given the responsibility of opening the batting,” said Gavaskar.

“Ishan Kishan is a hit-or-miss player and it is better if a batsman like him walks in at No.4 or No.5. He could then play according to the situation of the game. Now what has happened is that Rohit Sharma has been told that we don’t trust you to face the left-arm fast bowling of Trent Boult. If you do that to a player who has been playing at a position for so many years, he himself will think that maybe he doesn’t have the ability. If Ishan Kishan had made 70-odd runs we would have applauded. But when the ploy doesn’t work, you are going to be criticised,” he added.

Failure to adapt with UAE conditions:

Ideally, a month in the UAE during the IPL should have provided ideal preparation to the Indian team for local conditions. Instead, India’s batters have struggled to adapt to slowish pitches and play accordingly.

Most of the Indian batters in the current team have played a lot of cricket all across the world and they should be able to adjust to any conditions. The historic Test series win in Australia also showed that they have the ability and talent to do well in any part of the world. But, it hasn’t been the case in the ongoing T20 World Cup.

The failure of the batting and bowling line-up to adjust to UAE conditions also raises questions on the Indian support staff. Current head coach Ravi Shastri, bowling coach Bharat Arun and fielding coach R Sridhar will finish their term after the ongoing T20 World Cup and it is questionable whether they have already lost interest in their last assignment?

India have three matches remaining in the tournament and another loss will confirm their early exit from the competition. The Men in Blue will have to win their remaining matches by big margins to ensure their net run rate can be improved and they stand a chance at qualifying.

They will next face Afghanistan in their third match on November 3 in Abu Dhabi in the hope of turning their campaign around in the mega event. (IANS)