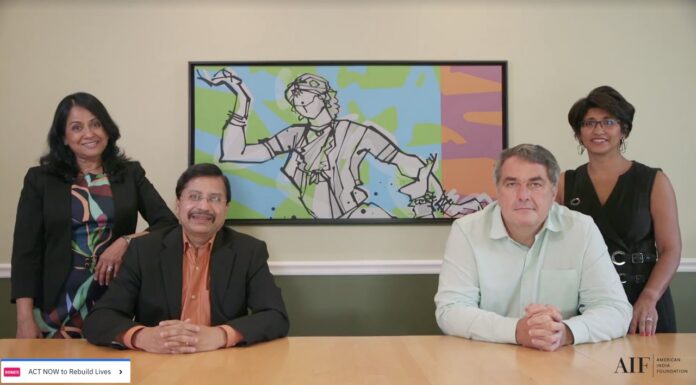 BOSTON— Opening with a poignant story of AIF’s commitment to helping a displaced migrant laborer reach home, the New England Gala brought together several attendees to celebrate the organization and its mission.

Moreover, the gala was a special occasion to acknowledge Susan Whitehead and her extensive contributions to the fields of art, culture, science, education and philanthropy. 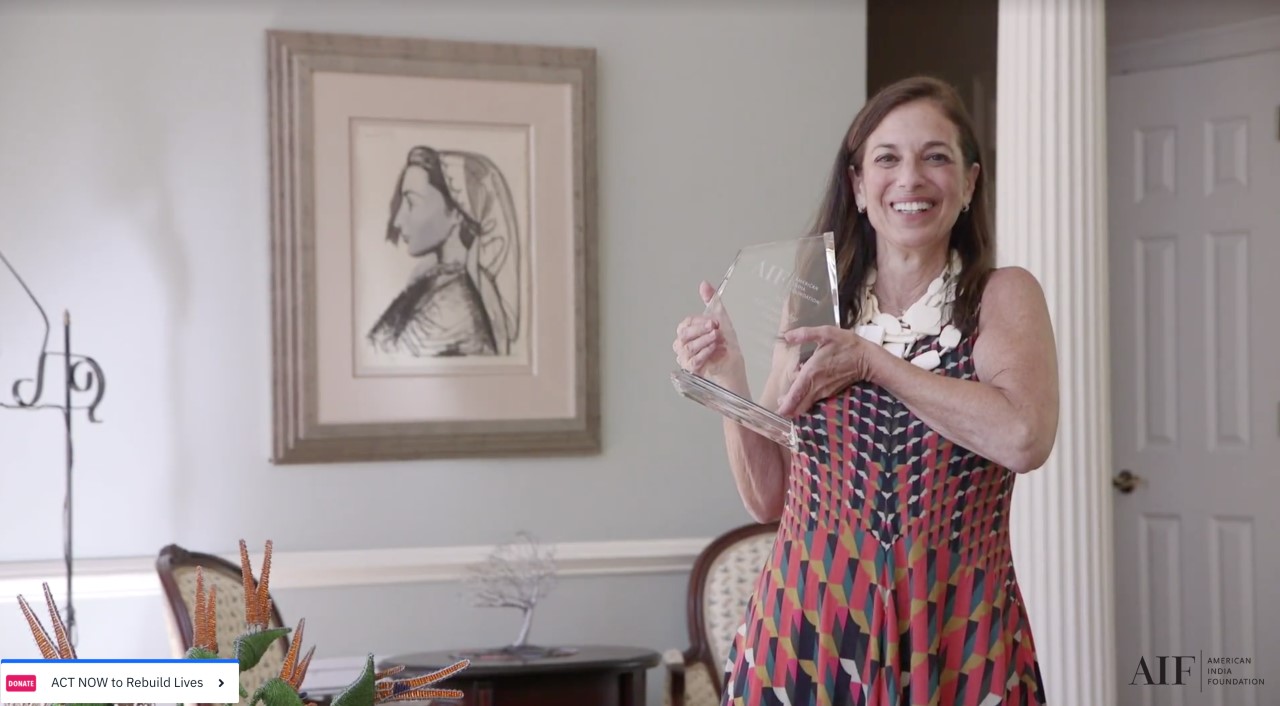 On Sunday morning, the hosts Tasneem Chipty and Aleks Franz reminded us about the
importance of empathy and collectiveness as India faces several challenges presented by
the global pandemic. Remarking that “charity towards complete strangers is a way for us to
affirm our common humanity,” the gracious couple provided a beautiful segue way into a
musical performance by the Shillong Chamber Choir.

Delighting the audience with the timeless Bollywood tune, Yeh Dosti Hum Nahi Todenge that they had previously performed for President Obama, the Choir filled AIF members’ homes with melodies. 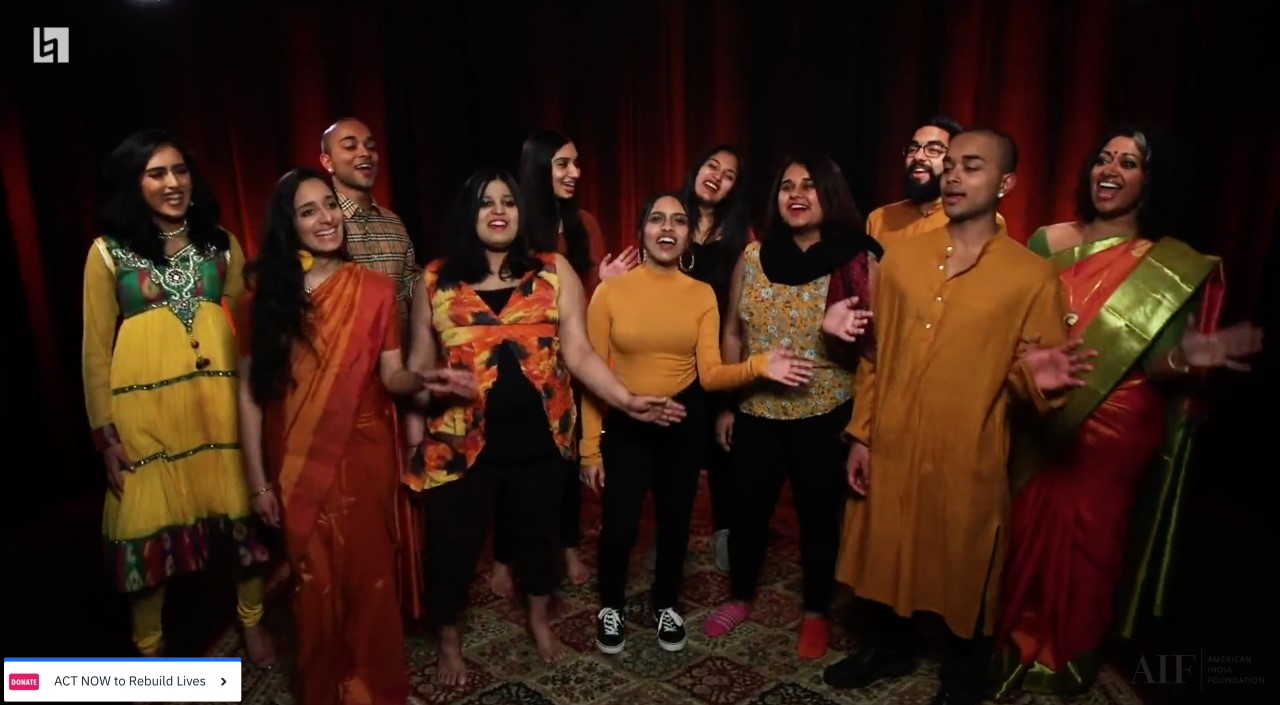 They also later dedicated another song, Wind Beneath My Wings, especially to Susan Whitehead for her exceptional support to diverse causes. Yet, the celebration had
more to offer with astounding musicals, with the Berklee Indian Ensemble performing a
special composition to recognize the honoree, as she is the Chair of the Board of Trustees of the college.

Colette Phillips, President of CPC Global, said, “although it was virtual it was beautifully
produced and the performances were amazing and amazingly choreographed.” Similarly,
Vijay Vishwanath, longtime supporter of AIF, commended the team that put the event
together, commenting that “it was a fantastic virtual event, easily the best I have been at
this year. Every piece was impactful, heartwarming, and inspiring.” 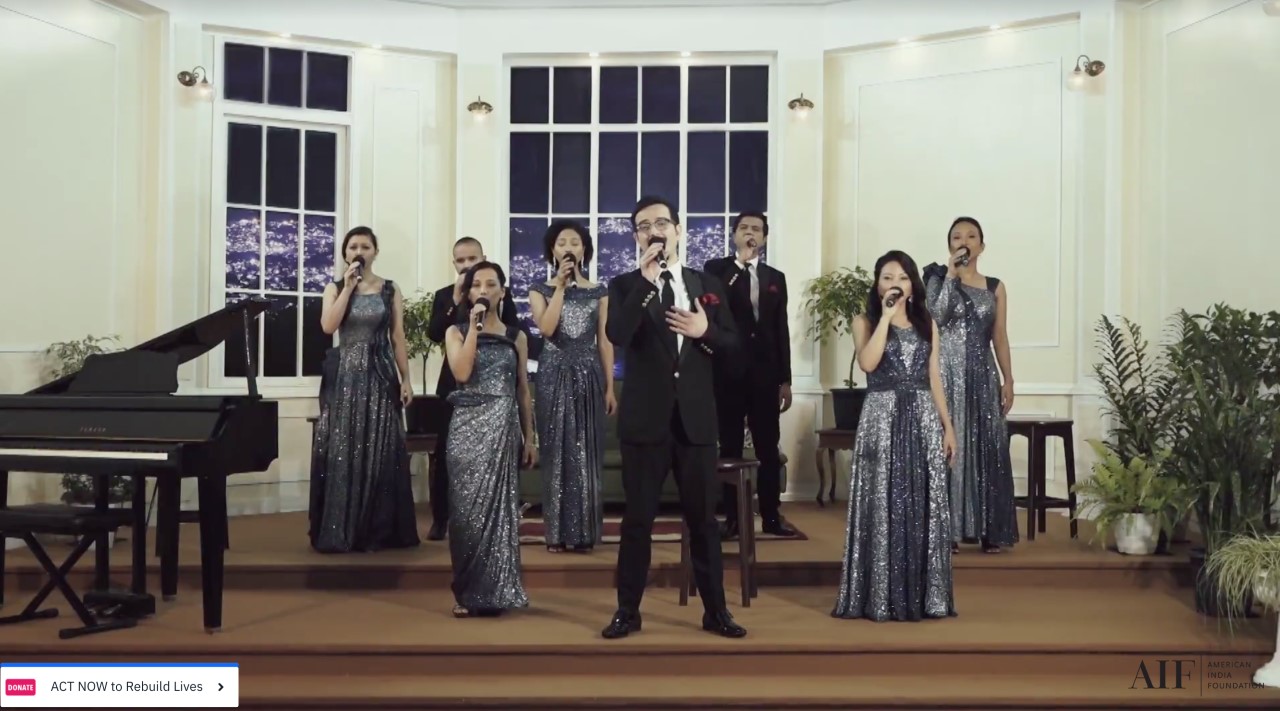 Throughout the morning, the audience was witness to unique appearances by renowned
comedian Rajiv Satyal, as well as a special address by the AIF CEO Nishant Pandey, who
thanked the donors, New England board as well as the larger AIF community. He
emphasized that “hundreds and thousands of women, children and youth rely on AIF’s
support every year, so that they can fulfill their dreams and aspirations” and that execution
is possible only through the generosity of donors.

Pandey also showcased a little about the Learning and Migration Program, wherein a
Mobile Library has been set up to help over 3000 children continue learning while schools
remain closed. Through bringing books, puzzles and other activities to children, the students are able to interact with learning processes amidst the lockdown, and they remark that they “wish it came more often.”

The audience was also welcomed by co-hosts Meena and Sundar Subramanyam, who
support AIF because of their belief in the importance of education, empathy, compassion
and care for our community. They remarked on the ability of AIF volunteers to transform
vision to execution on the ground, especially in taking a leadership role in addressing gender discrimination in India. As they called to the audience to donate to the mission of AIF, the audience was met with Nalini Sharma, who paid a wonderful tribute to the special honoree Susan Whitehead.

In addition to being involved with several institutions such as MIT, Whitehead Institute,
Brooklyn Botanical Gardens and several other boards across the globe, Whitehead
possesses a lifelong love for Indian art, music and culture. As she received the 2020 AIF
Leadership Award, she expressed her sincere gratitude and attachment to “the beauty and
spirit that is embedded throughout Indian culture, from the mundane everyday to the truly
elevated.”

Overall, the event was executed seamlessly and provided a joyous morning to the
audience.As succinctly expressed by Dr Brian Pereira, AIF Board Member, “The New
England chapter of the American India Foundation pulled off an incredible gala to raise
much needed funds for the most marginalized in India. The program was tight and well-knit, the speakers were brief, yet inspiring and the cultural offerings were exceptional. A big shout out to the honoree Susan Whitehead, the gala chairs and the operations team.

The full video of the virtual gala celebration is available at https://video.ibm.com/AIFNewEnglandGalaOct2020.

Please join AIF, and donate now to Rebuild Lives. The American India Foundation is committed to improving the lives of India’s underprivileged, with a special focus on women, children, and youth. AIF does this through high impact interventions in education, health, and livelihoods, because poverty is multidimensional. AIF’s unique value proposition is its broad engagement between communities, civil society, and expertise, thereby building a lasting bridge between the United States and India. With offices in New York and California, twelve chapters across the U.S., and India operations headquartered in Delhi NCR, AIF has impacted 6.7 million lives across 26 states of India. Learn more at www.AIF.org.