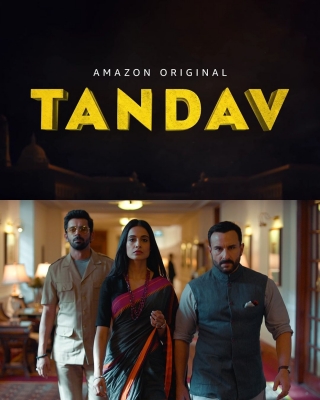 New Delhi– Amazon Prime Video, the OTT platform that aired the controversial series Tandav, has issued an apology to anyone who felt insulted with the content of the series.

In the statement, they have also specified that the objectionable scenes have either been either removed or edited.

The official statement reads: “Amazon Prime Video again deeply regrets that viewers considered certain scenes to be objectionable in the recently launched fictional series ‘Tandav’. This was never our intention, and the scenes that were objected to were removed or edited when they were brought to our attention. We respect our viewers’ diverse beliefs and apologize unconditionally to anyone who felt hurt by these scenes. Our teams follow company content evaluation processes, which we acknowledge need to be constantly updated to better serve our audiences. We will continue to develop entertaining content with partners, while complying with the laws of India and respecting the diversity of culture and beliefs of our audiences.”

An FIR was filed against Aparna Purohit, the head of India Originals at Amazon Sellers Service Pvt Ltd, and six other co-accused that said the web series has content that hurts religious sentiments of Hindus. Objection was raised by a section of society over a sequence featuring Mohammad Zeeshan Ayyub, for his depiction of Lord Shiva in a play within the show.