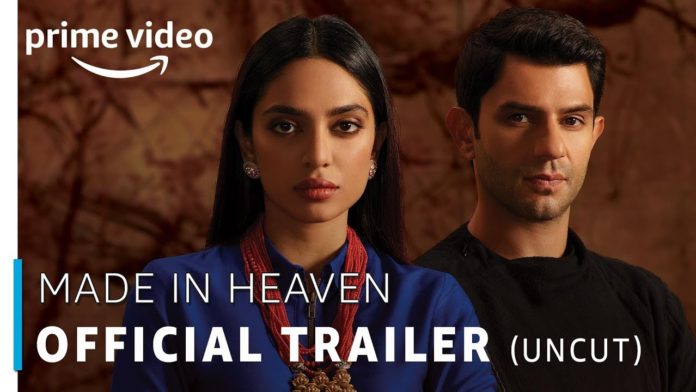 Following the success of Mirzapur and Emmy-nominated Inside Edge, Amazon Prime Video and Excel Media & Entertainment have released “Made in Heaven” series.

The series, which is the largely in English, is set against the backdrop of the booming and bustling wedding industry in India, and chronicles the lives of Tara and Karan, two wedding planners based in Delhi trying to make their mark on the Big Fat Indian Wedding scene.

An immersive drama, the show portrays today’s India as a potent blend where tradition jostles with modern aspiration, set against the theme of ‘Big Fat India Weddings’.

The show offers the best of both worlds – an epic and visually appealing production that also tackles some hard-hitting issues – traditions and shifting value system that modern, liberal, educated India still finds itself at odds with.

Indian weddings are a heady mix of celebrations, drama and intrigue for customers everywhere, and this immersive drama series will offer just that by lifting the veil and looking closely at what transpires behind-the-scenes!

About the two leads:

Karan is gay man living in a country at a time where homosexuality was illegal. He, ironically, makes his living by planning the perfect weddings for his clients, even though he isn’t legally allowed that privilege.

An ambitious women who is passionate about her wedding planning agency “Made In Heaven”, Tara strives for perfection and security in a marriage that is less than ideal.